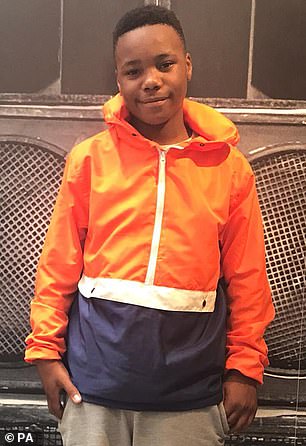 Five men were involved in the murder of schoolboy Jayden Moodie, it was revealed today.

The 14-year-old was stabbed more than seven times, it was also disclosed.

Three men plunged blades into the back of the teenager after he was mown down from his stolen moped by the men who were in a black Mercedes.

Police at first revealed three men were involved, but the latest revelation that Jayden was targeted by five men has added to the theory that gangland warfare led to the murder.

His family deny he had any gang affiliation, but detectives refused to say whether his lifestyle may have led to him being targeted.

One detective said: ‘We want to make sure we fully understand every aspect of Jaden’s lifestyle.’

Jayden, who had been excluded from school, was riding a stolen moped and a friend who was with him 15 minutes before he was attacked has told Mail Online that he had warned him ‘not to do stuff for the elders.’

In an area of East London where police have been battling drug dealing and gang crime, Jayden had become a familiar face around the streets where he met his death.

He had described himself as a ‘trapper boy’, gangland parlance for a drug courier and also used the moniker ‘Little Driller’ which translates into killing in gang culture. 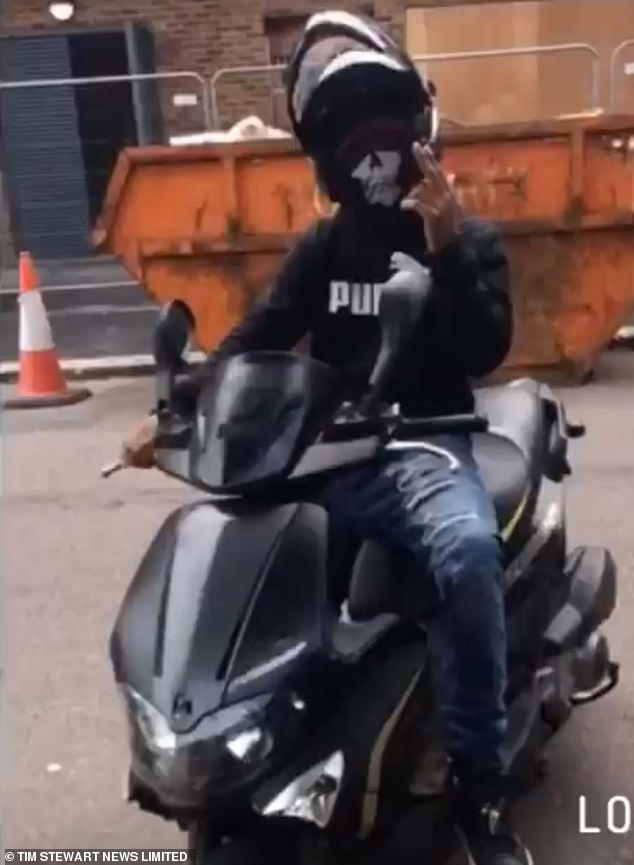 Detective Chief Inspector Chris Soole refused to comment on whether Jayden’s lifestyle may have contributed to his slaying and added that officers were following several lines of inquiry and keeping an open mind.

He added: ‘We are doing everything we can to find out who was responsible for Jayden’s death. We have a number of enquiries that we are pursuing, however, we cannot solve this alone. We need the public’s help.’

Jayden was later rammed off a moped and then repeatedly stabbed on January 8 in a part of Leyton that is said to be blighted by so-called county lines gangs that are known to exploit children.

The teenager was said to have carried a knife and showed it off the day before he was killed.

His Chingford school would not comment on the exclusion, but it is understood that he was offered sessions with a pupil referral unit.

Jayden’s cousin, Leon Green, said he had a keen interest in bikes, loved sports and was due to start at a boxing academy this month. 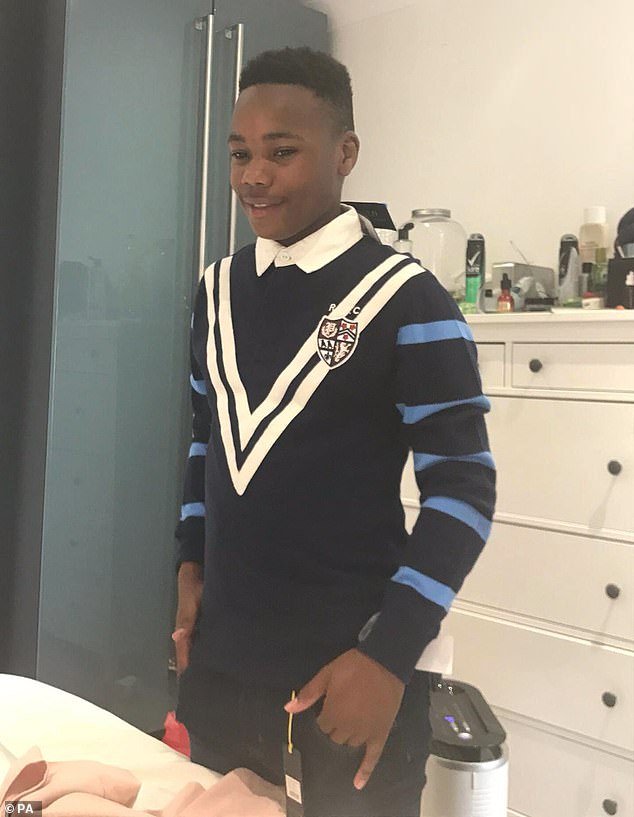 Police at first revealed three men were involved, but the latest revelation that Jayden was targeted by five men has added to the theory that gangland warfare led to the murder

He complemented Jayden’s character and said his life had been ‘viciously taken away’.

‘His character was infectious and anyone who met him fell in love with his charm.

‘I would like to stress Jayden had recently moved from Nottingham to London and had absolutely no affiliation with gangs.

‘Focus needs to be on the fact that he has been brutally murdered in cold blood and deserves a fair chance at justice as much as anyone else in this situation.’

‘If there are people in our streets that are capable of killing a 14-year-old child, then no-one is safe, and they need to be caught and brought to justice.’

Police, who believe the attack was ‘targeted and intent on lethal force from the outset’, have found the car thought to have been used by the three men who carried out the attack. ‘

Witnesses described seeing three men armed with long kitchen knives surround the unconscious boy as he lay on the road and ‘butcher him in silence’. The Mercedes B Class was found dumped half a mile away near territory controlled by the so-called Oliver Close (OC) gang.

Jayden lived close to an area run by the OC’s rivals, the Beaumont Crew. The gangs are known to exploit children, recruiting them with promises of drug-dealing cash and then threatening them with violence if they do not comply. 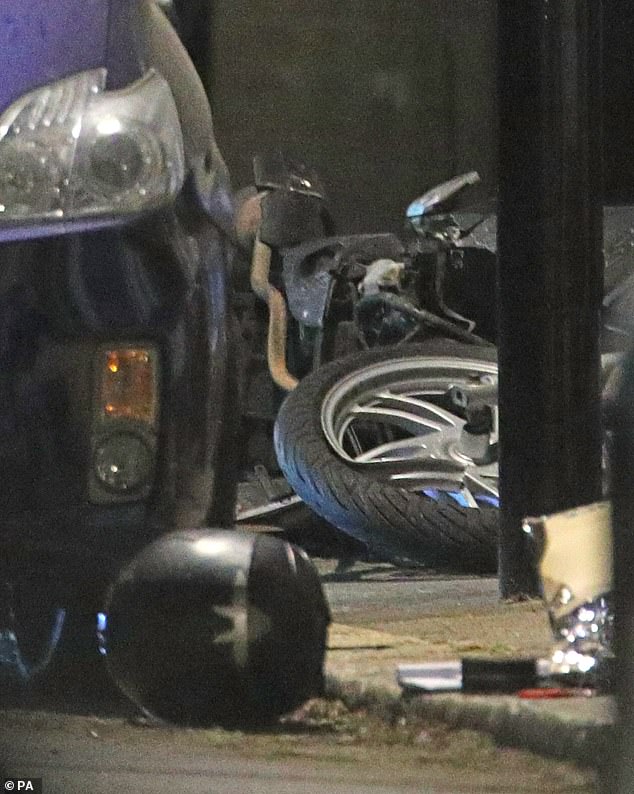 The scene of the murder in Leyton, where the teenager was found stabbed to death

Jayden’s godmother Zoe Grant, who lives in Nottingham, paid tribute to the 14-year-old by saying: ‘He was full of life, fun loving and a ray of sunshine.

‘He was a beautiful boy, so intelligent, had everything to live for. He went to London and then this happens, it’s just so unfair. He was very dearly loved by everybody.’

Police will be returning to Bickley Road, Leyton, this evening at the same time Jayden was murdered to make fresh appeals. They will also be at Carlisle Road, Leyton where the Mercedes was discovered abandoned