Despite Boris Johnson’s very public health scare last year when he was admitted to intensive care with coronavirus, it seems the PM still has a penchant for a late-night pizza.

Back in April 2020, Mr Johnson contracted the virus, and, by his own admission was ‘way overweight’.

Since then, the Prime Minister has been intermittently fasting, losing 26lbs in the process.

But that hasn’t stopped Boris from ordering the occasional takeaway to Downing Street – though he rarely gets to eat it himself.

According to the Sunday Times, Mr Johnson has been getting increasingly exasperated by the Police’s hard-line approach to fast-food deliveries.

A source close to the PM said: ‘I cannot tell you how many times it has happened,’ 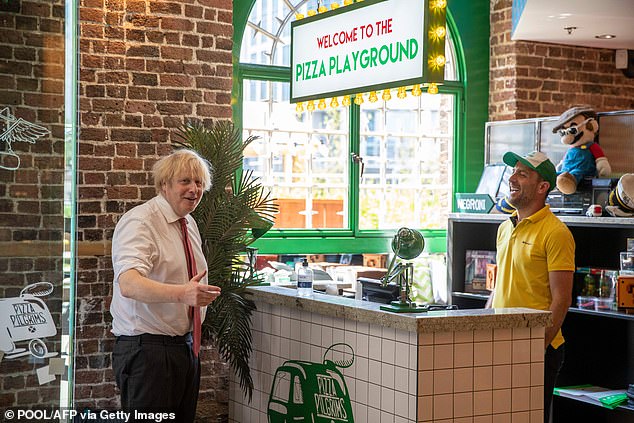 It is unclear whether police are intercepting the meals for security reasons or to preserve Mr Johnson’s physical health.

The source added: ‘Perhaps they are trying to do him some sort of favour.’

Boris’ love affair with pizza has been well documented in the past. In 2013 he forgot to pay his share of the pizza bill with fellow top Tories David Cameron and George Osborne during a cosy evening in Davos at the World Economic Forum the Evening Standard reports.

Reflecting on the mishap the then London Mayor said: ‘I’m not sure how the evening concluded. But I’m ashamed to say I left without paying my share. I have got to cough up.’

He added: ‘I don’t know. I texted Dave first thing saying how sorry I was and how much I enjoyed it and how sorry I was I forgot to stump up. Unlike the Labour Party, I believe in paying my bills.’