Footage circulated among servicemen through messaging apps shows a woman having sex with at least two men at the Royal Scots Dragoon Guards’ Leuchars Station in Fife.

It is claimed the soldiers paid a prostitute £200 to come back to the base before filming themselves having sex with her, although the men are said to insist she was not a prostitute and consented to the sex. 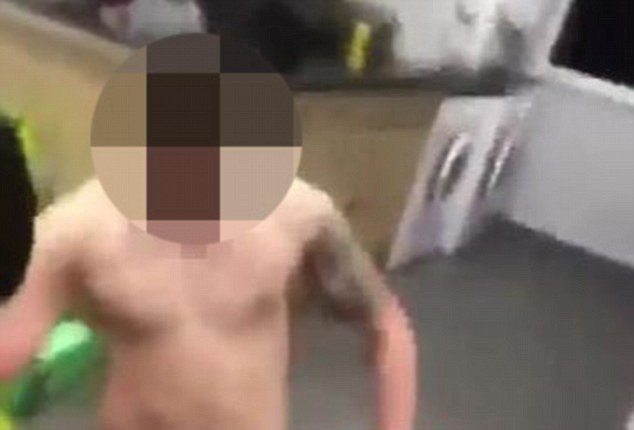 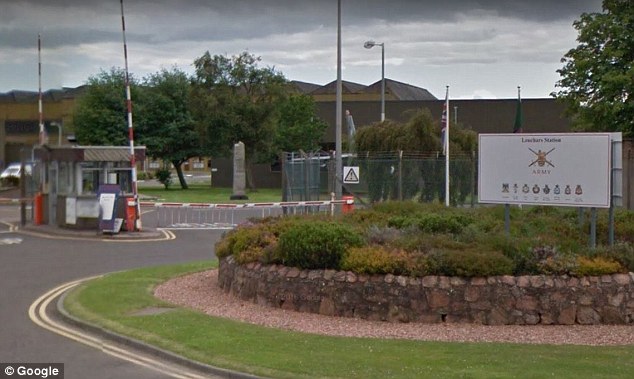 A source told the Daily Record: ‘Even if that’s the case, they have brought shame on their regiment and dishonoured the Army.

‘Filming the woman is bad enough but to share it thinking it’s hilarious is not conduct becoming of serving soldiers.’

At least two men are shown having sex with the woman, while another performs an act on himself and another films.

Police and military police are said to be investigating the film, although the matter is expected to be dealt with internally by the Army, which has threatened dismissal if standards are found to have been breached.

The footage emerged shortly before the Queen, who is the regiment’s colonel-in-chief, visited the base yesterday.

She presented a new standard to the Guards, watched a parade and met soldiers and their families at the base. The men in the video, who have already been identified by commanders, were not among those who met Her Majesty.

An Army spokeswoman said: ‘We are aware of the video and the Army are investigating. Any breach of the Army’s values and standards is taken very seriously and action, up to and including dismissal, may be taken.’

A police spokesman said: ‘With the co-operation of the Military Police, inquiries into this matter are continuing.’ 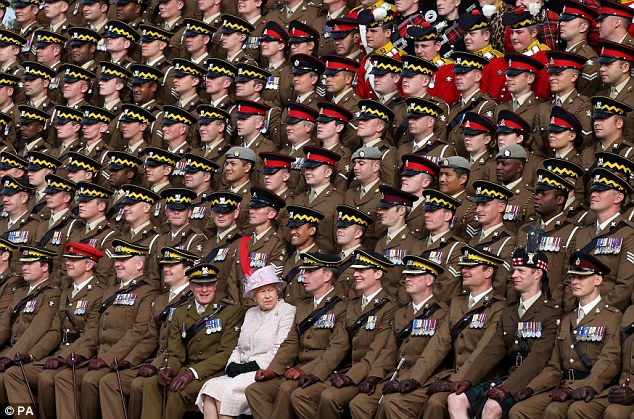 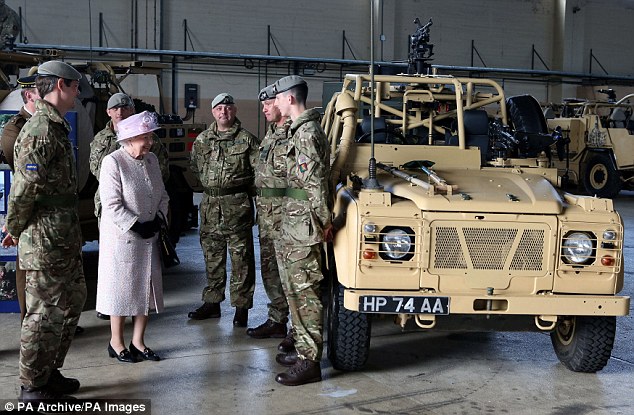 The Queen, who is the regiment’s colonel-in-chief, met soldiers and inspected vehicles