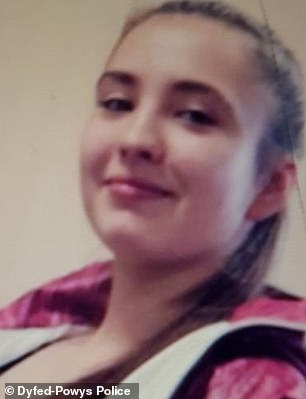 Police searching for a missing 16-year-old girl have found a body after the teenager went missing two days ago.

Officers have found a body in a disused warehouse in Wales after Kianna Patton was last seen at 3pm on Wednesday.

The body was discovered at a derelict building less than a mile from her home in Pembroke Dock, West Wales.

Her father Pilgrim, who now lives in Germany, said: ‘Police confirmed to me that my daughter’s body was found today.

‘She was only 16 years old. I have no answers as to why. I will never have answers. I don’t think any of us will.

‘We, I, cannot begin to even understand what they are going through.. And I have no words.’

A spokeswoman for Dyfed-Powys Police said: ‘The discovery was made during the search for missing 16-year-old Kianna Patton.

‘Formal identification is yet to take place however next of kin have been made aware of this development. 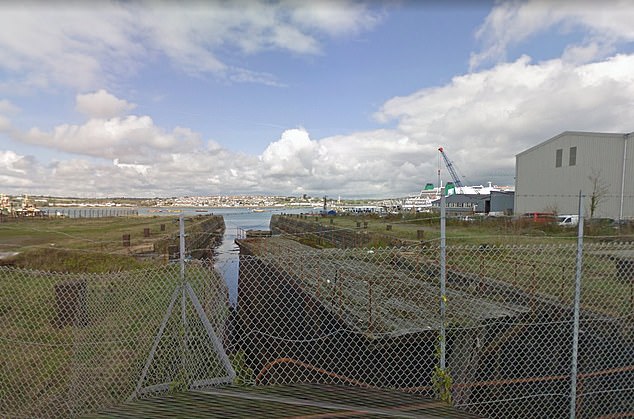 Police found a body in a disused warehouse less than a mile from Kianna’s home in Pembroke Dock, West Wales

‘The body was discovered at around 4.45pm on Thursday, October 24. Fire and ambulance also attended. HM Coroner has been informed.’

Tributes have since been left on a Facebook post by Dyfed-Powys Police – which had originally sent out a missing person’s appeal on the social media channels.

Caroline Lee wrote: ‘So so sad. I know there was every police available police officer in Pembrokeshire looking for this little girl today.’

One user, Rhiannon Hodgson, said: ‘Absolutely heartbreaking to hear of another life gone too soon. Thinking of the family at this horrific time.’

Another, Paul Moule, wrote: ‘Really sad news of a sweet, young little girl my thoughts go out to the girl and her family.’