Police have seized more than one tonne of cannabis, with a total value of more than $4 million, after executing search warrants in Melbourne’s western suburbs this week.

No arrests have been made after 20 properties with large-scale cannabis crops were searched between Monday and Wednesday this week, Victoria Police said in a statement on Thursday. 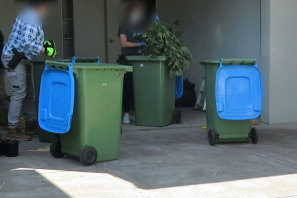 About 1600 cannabis plants were seized from the properties, in suburbs including Williams Landing, Point Cook, Werribee, Hoppers Crossing and Tarneit.

The plants will be examined further at the force’s forensics services centre, before being destroyed.

“At this stage, no arrests have been made. Police have gathered significant intelligence as part of the operation and the investigation remains ongoing,” the statement said.

Sergeant Vince Zurzolo of the Westgate divisional response unit said police dealt with the harm cannabis can cause. 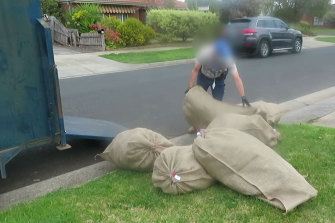 “That’s why operations such as these where we ensure millions of dollars’ worth of drugs don’t end up on the streets are crucial to improving overall community safety,” he said.

“We will continue to relentlessly investigate and target drug manufacturers and traffickers, holding those seeking to profit via illicit means to account.”

Anyone with information about drug manufacturing is asked to contact Crime Stoppers on 1800 333 000 or submit a confidential report to www.crimestoppersvic.com.au.