LONDON (Reuters) – Police shot dead a man in south London on Sunday after two people were stabbed in what police described as a terrorism-related incident. 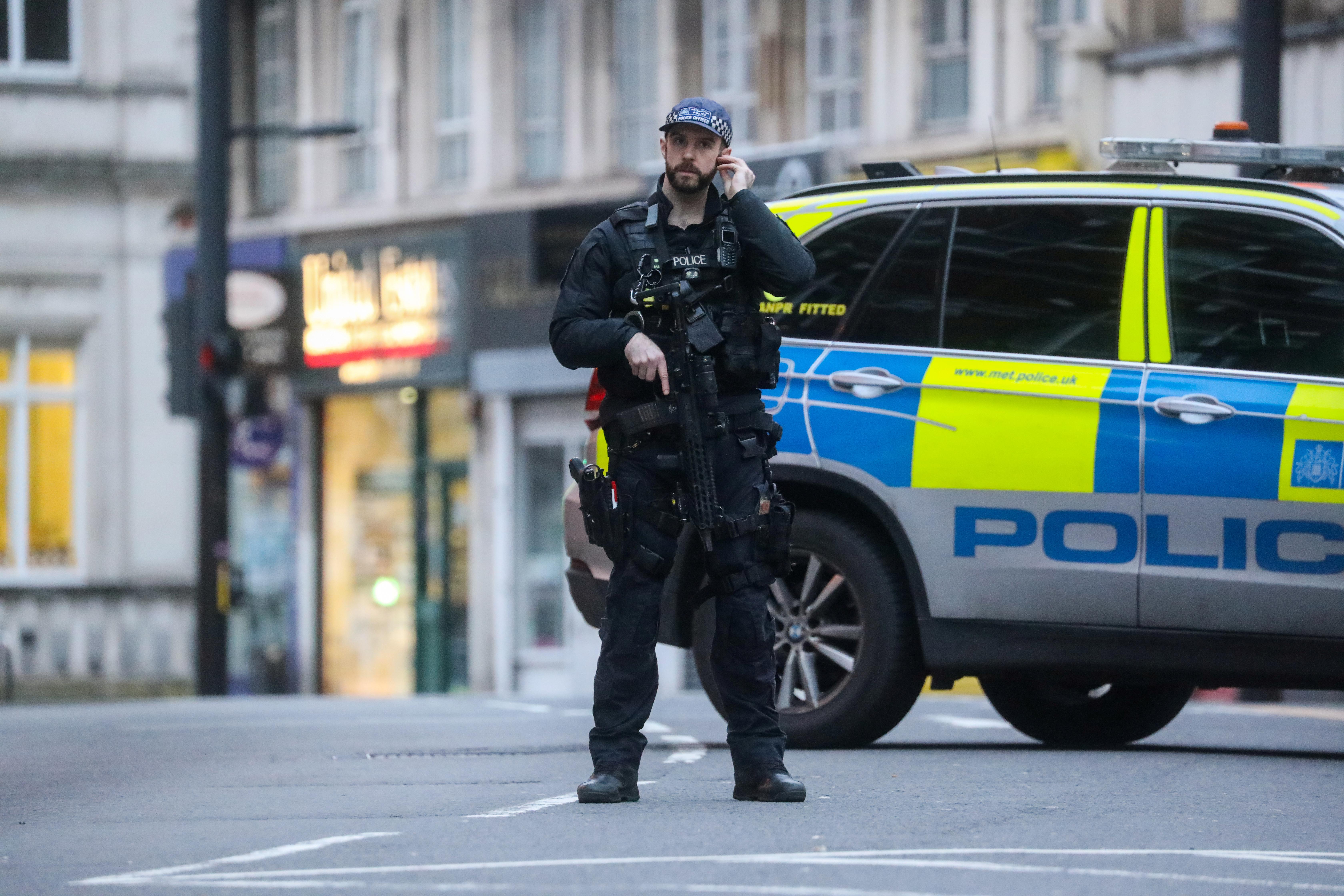 Some witnesses said the man had been armed with a machete. One described him as wearing silver canisters on his chest.

Police said the man they had shot had been pronounced dead. They said two people had been wounded in the attack in Streatham, a busy residential district south of the River Thames.

“We await updates on their condition,” police said, adding the scene of the incident was now fully contained.

“The circumstances are being assessed; the incident has been declared as terrorist-related,” the police said on Twitter.

A Western security source said the incident was related to Islamist militancy.

The local member of parliament, Bell Ribeiro-Addy, said one of the wounded was seriously hurt.

Sky News quoted Gulled Bulhan, a 19-year-old student from Streatham, as saying he witnessed the shooting in front of a shop.

“I was crossing the road when I saw a man with a machete and silver canisters on his chest being chased by what I assume was an undercover police officer – as they were in civilian clothing,” Bulhan said.

“The man was then shot. I think I heard three gun shots but I can’t quite remember.”

Armed police cordoned off the area and said people should avoid the area.

In one video of the scene posted on Twitter, but not verified by Reuters, a man can be seen lying on the street while at least two armed police officers point their guns from behind an unmarked car with its blue lights flashing.

At least one helicopter flew overhead and police cars were in surrounding streets, with the area blocked off by tape.

Prime Minister Boris Johnson said on Twitter: “Thank you to all emergency services responding to the incident in Streatham, which the police have now declared as terrorism-related”.

“My thoughts are with the injured and all those affected,” he added. The last such incident in London was in November, when police shot dead a man wearing a fake suicide vest who stabbed two people to death and wounded three more before being wrestled to the ground by bystanders.

That attack, at London Bridge, was carried out by a man with Islamist militant sympathies. He had been jailed for terrorism and released early.

London’s mayor, Sadiq Khan, said in a statement after Sunday’s incident: “Terrorists seek to divide us and to destroy our way of life – here in London we will never let them succeed.”