Police officers threatened to arrest Facebook users who poked fun at their minuscule drugs bust after seizing a tiny amount of cannabis from a man sat in a car.

Officers from West Yorkshire Police posted about a ‘small quantity’ of cannabis they confiscated from a ‘young man who was parked up alone’ on Tuesday.

But their boast was met by a barrage of sarcastic and hilarious comments – which did not sit well with the officers and they threatened to prosecute the jokers.

One person commented ‘You’re a clown’, while another questioned ‘did you fee the ducks… getting paid for a nice bike ride in the park.’ 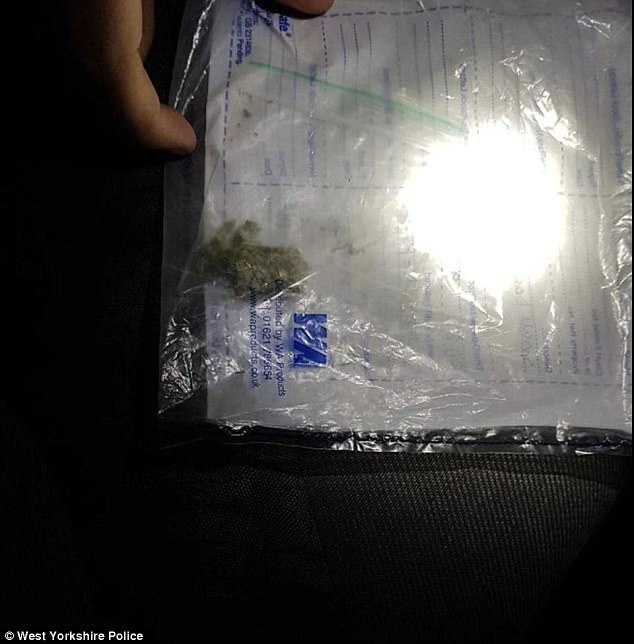 One user added: ‘Hope you manage to nail Pablo Escobar this afternoon.’

The post was shared across social media with others commenting: ‘Wow that’s put a dent in the war on drugs lol.’

While many did stand up in support of the officers, Police Inspector Martin Moizer was still compelled to threaten ban some commentators and even threaten proseuction.

He wrote: ‘Unfortunately we have had to ban a number of people from using this page today.

‘I would like to remind everyone that this is a police page and whatever your thoughts on one of my officers seizing drugs in the community, being insulting, abusive or offensive can and will result in a prosecution under the Malicious Communications Act 1988.’ 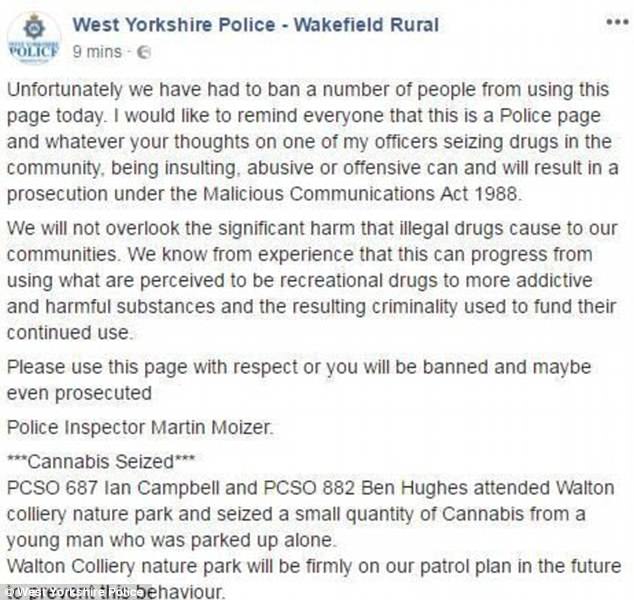 PCI Moizer added that his officers would ‘not overlook the significant harm that illegal drugs cause to our communities.’

The latest storm comes after the same force was mocked for posting a photo of two crates of Strongbow they seized from youths.

One person wrote: ‘Well done try do something bigger next week perhaps catch some pimps or maybe drug dealers, or [are] they too big to handle?’

Another said: ‘Good policing but sure more effort should be focusing on searching for knives and offensive weapons rather than a few kids with some cider!

‘Crimes are getting worse and you’re wasting police time confiscating a few cans of cider.’