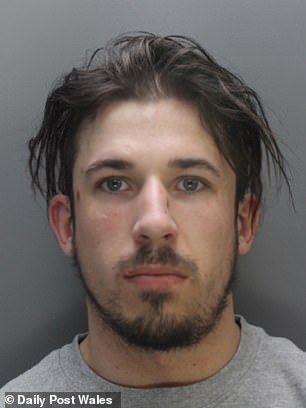 Nicholas Churton, 67, was killed by Jordan Davidson (pictured) in March 2017 at his home in Wrexham

A pensioner who told police he had been robbed and threatened with a hammer by a thug was asked to find out the criminal’s name himself- four days later the attacker returned and killed him.

He was bludgeoned to death with a hammer and hacked with a machete by Davidson, who was in court twice in the week before the murder – and let go on both occasions.

Davidson who referred to himself as ‘the devil’ was sentenced to at least 23 years in prison in December last year.

An Independent Office for Police Conduct (IOPC) investigation found that when a policeman visited Mr Churton after Davidson had tried to steal his TV and taken his house keys, the crime was recorded as theft rather than robbery.

Three senior officers also reviewed the incident and failed to see the seriousness of the crime.

And the inquiry found that when Mr Churton later gave the police the name ‘Jordan’, he was asked by an officer to ask his friends to find out more about the criminal.

Mr Churton got back in touch with police on March 23 to tell them the full name, Jordan Davidson, but four days later he was found brutally murdered. 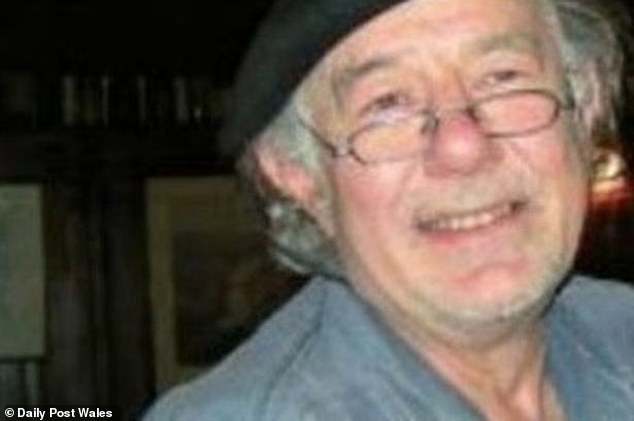 Nicholas Churton, pictured here, was a popular businessman who owned Churtons wine bar. He was attacked in his one-bedroom flat by Nicholas Churton with a hammer and 24-inch machete

The IOPC has now said the officer involved has a case to answer for misconduct over the events that lead to Mr Churton’s death.

Davidson, a convicted burglar, was caught with a knife while on parole days before the murder.

He was released on bail over the knife charge, and while plans were made to send him back to prison, he killed Mr Churton.

As the retired businessman’s body lay undiscovered, a notice to recall Davidson to jail was issued.

IOPC Director for Wales Catrin Evans said: ‘This was a horrific murder and the responsibility for Mr Churton’s death lies squarely with Jordan Davidson.

‘My thoughts remain with Mr Churton’s family and friends.

‘Our first investigation found there were areas for improvement in police recognising Mr Churton’s vulnerability and ensuring all available information was recorded accurately.

‘Police requesting a vulnerable victim of crime to carry out a line of enquiry themselves to find out who the offender was, has, in my view, the potential to increase the risk to the victim.

‘I am discussing the learning identified during the course of this investigation with North Wales Police. 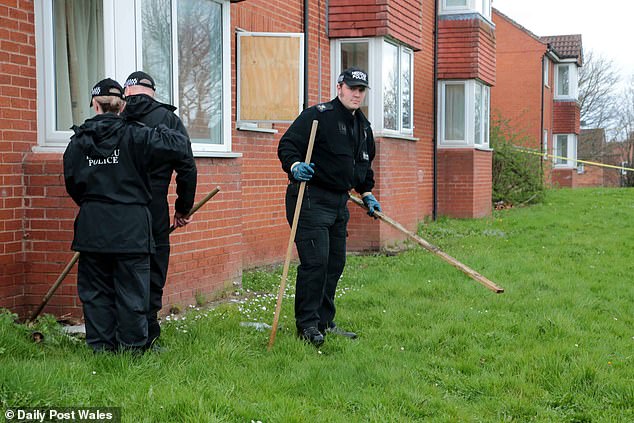 Police at the scene of the murder in March 2017. The IOPC has now said the officer involved has a case to answer for misconduct over the events that lead to Mr Churton’s death

‘We are progressing our further enquiries into how the force handled Davidson after his release from prison and their liaison with other agencies.’

The IOPC added that while not amounting to misconduct, performance issues were identified for another police sergeant and an acting inspector over their supervision, and they are being dealt with by the force by way of management action.

North Wales Police Detective Superintendent Dan Tipton said: ‘I recognise that this is a difficult time for Mr Churton’s family and I know how important it is for the family to fully understand the circumstances leading up to his tragic death.

‘Since Mr Churton’s murder we have reviewed our policies and procedures in relation to risk assessment following calls made to our control room and the deployment of officers.

‘We will now be holding a number of formal disciplinary proceedings in line with the IOPC recommendations.’