Police watchdog launches probe into handling of rape allegation made by Gaia Pope, 19, before she went missing and froze to death 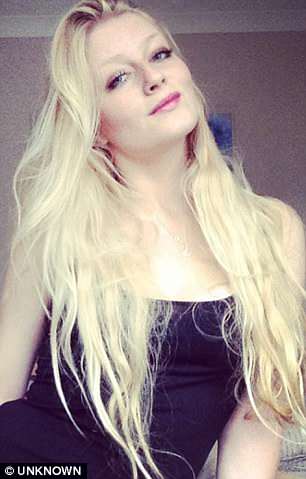 Gaia Pope, 19 (pictured) was last seen near her home in Swanage on November 7 and was found frozen to death on a nearby clifftop 11 days later

The Police watchdog has launched an investigation into the handling of a rape claim made by missing teenager Gaia Pope before she was found dead last year.

Gaia, 19, was last seen near her home in Swanage on November 7 and was found frozen to death on a nearby clifftop 11 days later.

Dorset Police is already being probed over its investigation into her disappearance, which saw three innocent family friends wrongly arrested.

But now the Independent Office for Police Conduct is looking into the force’s failure to deal with a rape claim Gaia lodged in December 2015.

Her family and friends insist she was distraught in the days leading up to her death because a man she claimed raped her was soon to be released from prison.

Two days before going missing, she posted a screenshot of texts she had sent on Instagram, which read: ‘Police are into my phone I think. I’m gonna have to put it down til Wednesday… Or I’ll get a real shutup and be put in a cell myself.’

The alleged perpetrator of the attack had been jailed for an unrelated offence, but Gaia feared he could shortly be released, adding to the anxiety caused by her severe epilepsy.

Speaking previously her father Richard Sutherland said: ‘She was involved in a situation where some guys sexually assaulted her. 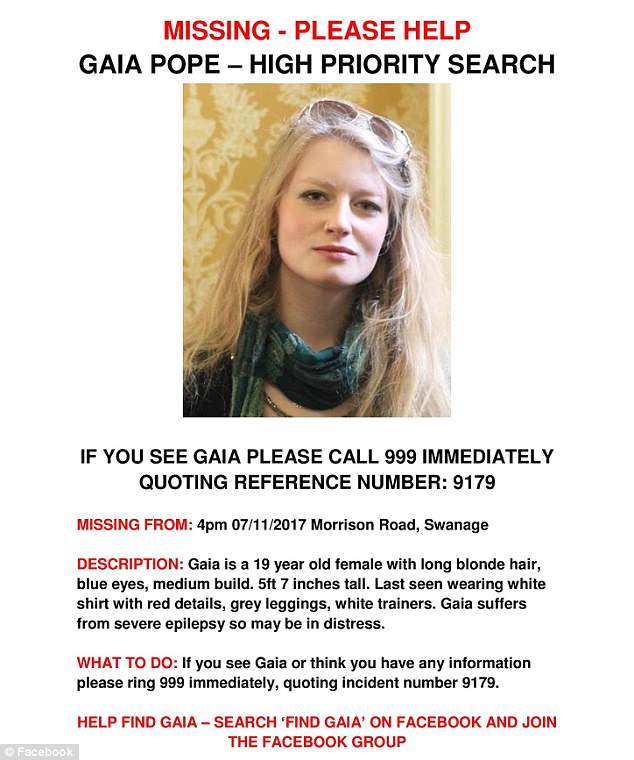 ‘This had a really devastating effect on her. I think this had been coming back into her head. She was scared’.

Her mother, Natasha Pope, said: ‘There is no doubt in my mind: this is what drove Gaia up the hill that night.

‘I am relieved that, at last, it will be properly investigated and I am resolved to see positive change.

‘It was not her intention but, in a way, my daughter gave her life to shine a light on all this.’

In February, the opening of an inquest heard that she died from hypothermia, and Dorset Coroner Rachael Griffin ordered statements from various organisations, including Dorset social services, Dorset Police, the local hospital trust and her GP.

A spokesman for the Independent Office for Police Conduct said: ‘We have begun an investigation into the Dorset Police response to an allegation of rape made by Gaia Pope-Sutherland prior to her death.

‘Miss Pope-Sutherland, aged 19, was found dead on 18 November 2017 after being reported missing from Swanage by a family member 11 days earlier.

Catrin Evans, the IOPC Director with responsibility for Dorset Police, added: ‘After initial investigation, in June 2016 Dorset Police made the decision to take no further action in respect of a rape allegation made by Gaia. 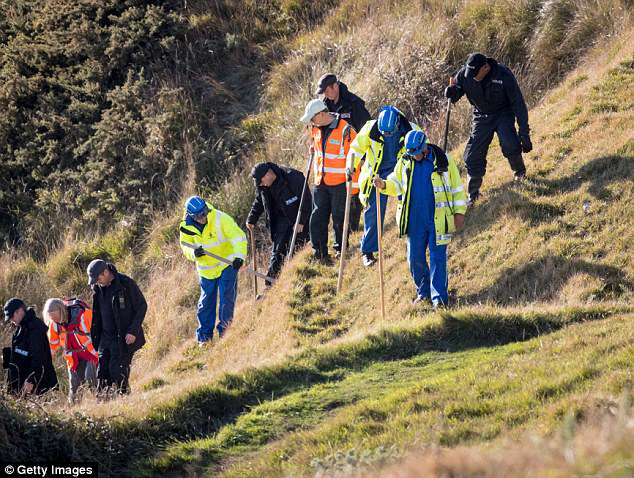 ‘Following complaints made by her family, we will investigate whether the police response was in accordance with local and national policies and guidance in relation to the investigation of rape cases, including Crown Prosecution Service referral and charging criteria.

‘My thoughts continue to be with Gaia’s family and everyone affected by her death.’

‘Our first investigation, which began in April, is focussed on Dorset Police’s handling of the missing person report made in respect of Miss Pope-Sutherland. 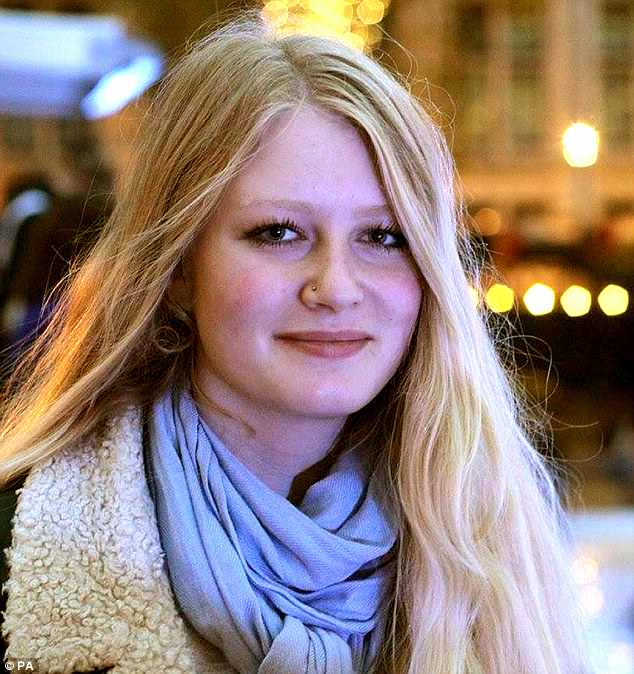 ‘This investigation is ongoing and we continue to keep Miss Pope-Sutherland’s family, the Coroner and Dorset Police informed of our progress.’

Harriet Wistrich, of law firm Birnberg Peirce, representing the family, added: ‘Gaia’s death illustrates the severe mental health impact not only of sexual violence but also of investigative failures by the police.’

The investigation into the force’s handling of her disappearance was launched earlier this year.

Rosemary Dinch, 71, her son Paul Elsey, 49, and grandson Nathan Elsey, 19, were arrested on suspicion of murder six days into the search, before being released without charge. 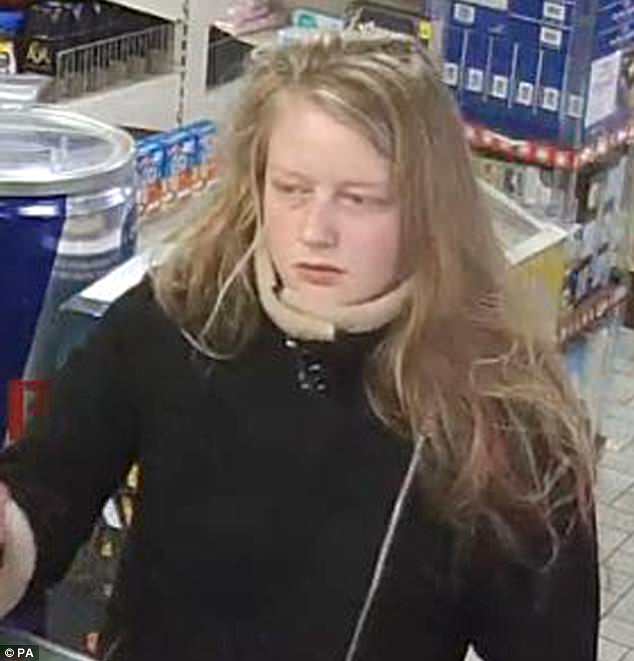