One of the three officers responsible for sharing images and information about former AFL coach Dani Laidley following her arrest in 2020 is expected to keep his job following an internal disciplinary hearing by Victoria Police.

Detective Leading Senior Constable Murray Gentner was told at a hearing on September 14 that he would be placed on a 12-month good behaviour bond and required to complete a “respecting dignity” course with the Victorian Equal Opportunity and Human Rights Commission as a condition of his return to work. 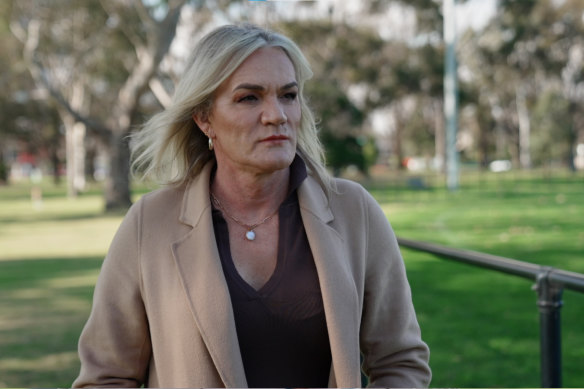 Gentner is understood to have requested the return of his mobile phone during the disciplinary hearing on Wednesday, and asked that any files saved from his phone by investigators be deleted, according to the source familiar with the meeting but not authorised to speak publicly.

The Age has verified details of the hearing with another source, who has knowledge of the disciplinary process.

Gentner was one of three police officers charged after photographs of Laidley wearing a wig and make-up in custody were leaked following her arrest for stalking in May 2020. The photos became public before Laidley had come out as a transgender woman.

The police source said the decision to allow Gentner to resume his role as a detective at St Kilda station had polarised many in the force.

“There’s a view that the charges were dropped, so he should be allowed back. But a lot of members think that kind of behaviour should not be tolerated. Plenty of coppers have lost their jobs for doing a lot less,” the officer said.

A Victoria Police spokesman confirmed that Gentner had faced a disciplinary hearing this week, but said a decision had not been finalised.

“The final outcome is expected to be handed down by the disciplinary hearing officer in coming weeks,” he said.

Laidley declined to comment, but her lawyer, Robinson Gill principal solicitor Jeremy King said he was baffled by the decision to tell Gentner he would retain his job.

“The conduct of the officers involved in Dani’s case clearly fell beneath what the community expects from our police officers,” he said. “I’m not sure this outcome does much to ensure that it won’t happen again or that there has been meaningful accountability.”

Constable David Hall also faced a disciplinary hearing on September 8, although it is unknown what disciplinary action, if any, was taken over his role in the scandal, which resulted in the force making a confidential financial settlement to Laidley in March.

Gentner, Hall and Senior Constable Shane Reid were all charged with disclosing police information without reasonable excuse, while Gentner and Reid also faced charges of misconduct in public office. 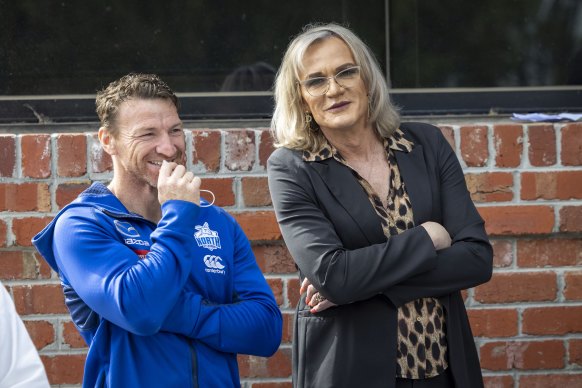 However, all three had their charges dropped after it was found in Melbourne Magistrates’ Court that the prosecution had failed to establish that the officers had a duty to not disclose the information about Laidley.

Reid, who used his mobile phone to photograph Laidley as the former North Melbourne coach and player was being interviewed by two officers inside St Kilda police station, resigned from the force in 2021.

Gentner admitted to investigators that he shared Laidley’s mugshot with other officers in a social WhatsApp group, but did not take or leak the original photo and instead found it online. He said he shared a screenshot of the mugshot to alert his friends that the image had gone viral.

He also conceded he had described Laidley as a “tranny” and an ice user after her arrest for stalking. Gentner told investigators he regretted using the language and apologised to Laidley during a record of interview.

Laidley pleaded guilty to stalking and was put on a good behaviour bond without conviction.

Six officers were previously ordered to pay Laidley compensation, while others were disciplined within the force.