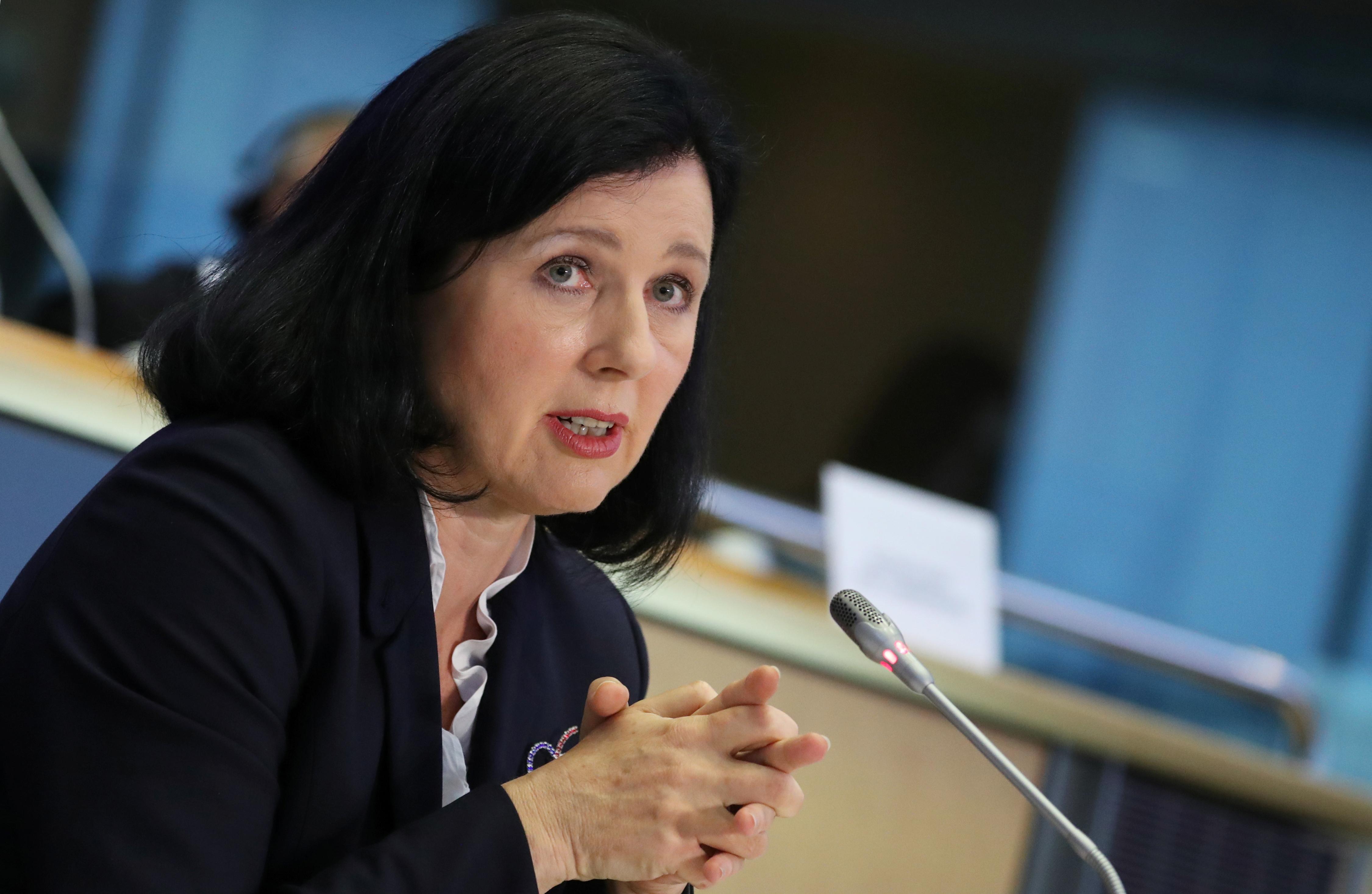 WARSAW (Reuters) – Poland’s last-minute decision to carry out its May presidential elections by post due to the coronavirus pandemic has raised “concern”, EU Values and Transparency Commissioner Vera Jourova told Polish daily Rzeczpospolita on Wednesday.

“I followed this process very closely. I’m concerned about free and fair elections and the quality of voting, of the legality and constitutionality of such a vote,” she told the newspaper.

Poland’s parliament, where Poland’s ruling nationalists, the Law and Justice (PiS) party, have a majority in alliance with two other parties, this week backed a plan to conduct the presidential election on May 10 by postal ballot to limit the risks of coronavirus transmission.

Critics accuse PiS of putting its political interests ahead of public health concerns. President Andrzej Duda, an ally of PiS who is seeking a fresh five-year term, is currently ahead in opinion polls.

“Postal voting is a huge change and such a method is being used for the first time, people aren’t used to it,” Jourova said.

She pointed to recommendations from the Council of Europe for countries not to carry out “fundamental changes” to electoral rules in the year leading up to elections.

Winning the presidential election would enable PiS to cement its reforms of the judiciary, which the European Union has said subvert the rule of law. A president hostile to PiS could block its efforts.

The European Commission is still working on its reaction to a new Polish law that critics say is designed to muzzle judges who question court appointments under new rules, Jourova added.