BRASILIA (Reuters) – U.S. Secretary of State Mike Pompeo discussed supporting a return to democracy in Venezuela, Cuba and Nicaragua with Brazil’s new right-wing government on Wednesday, in a joint effort against what he called authoritarian regimes in Latin America. 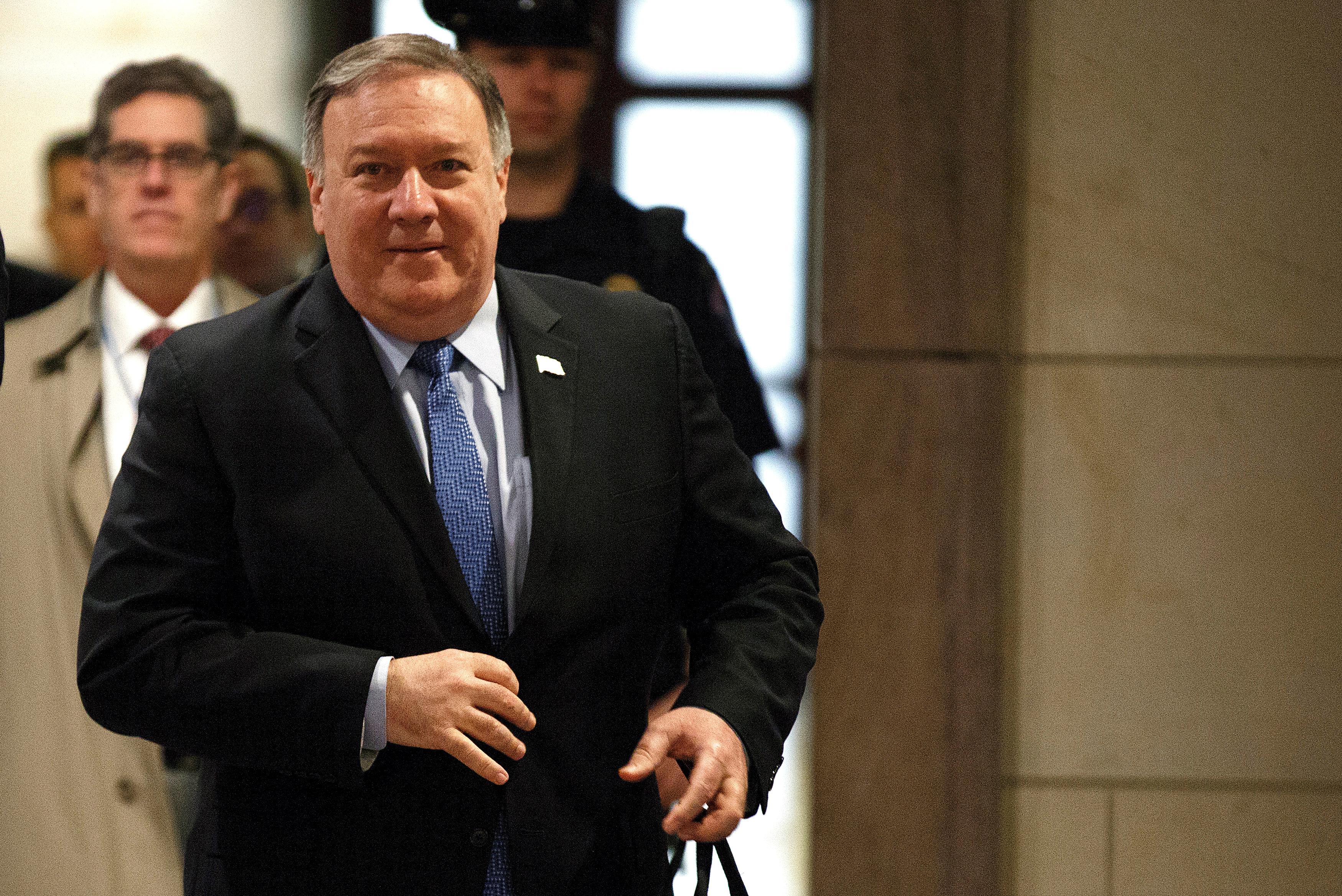 Pompeo later met with Bolsonaro and also broached the question of “reinforcing democratic governance and human rights” in those three countries.

Speaking to reporters in Brasilia, Pompeo said Venezuela, Cuba and Nicaragua were countries that do not share the democratic values that unite the United States and Brazil.

“We have an opportunity to work alongside each other against authoritarian regimes,” he said at a news conference.

In response, Venezuela’s foreign ministry said in a statement it “categorically rejected” Pompeo’s “interventionist attitude,” accusing him of seeking to rally support among Latin American countries for “forcible regime change” in Venezuela.

Cuban Communist Party leader Raul Castro on Tuesday blasted the Trump administration for returning to an outdated path of confrontation with his island nation and of intervening in Latin America, in a speech marking the 60th anniversary of Cuba’s revolution.

Pompeo gave no details of how Washington plans to step up pressure for democratic change in Venezuela, Cuba and Nicaragua. He did not address a reporter’s question on whether military intervention would be an option.

More than 3 million Venezuelans have fled hyperinflation and shortages of food and medicine in the OPEC nation, with most of them having left since 2015, according to the United Nations. Nearby South American countries like Brazil and Colombia have received the bulk of the migrants.

The United States has placed sanctions on Venezuela’s debt and on some officials in socialist President Nicolas Maduro’s government, which it accuses of corruption and human rights violations. Maduro frequently blames a U.S.-led “economic war” for the country’s woes.