Crowd-loving Pope Francis today apologised to the faithful for being unable to greet them and shake hands following a coronavirus spike in Italy and the Vatican – but he appeared without a face mask.

Instead of his usual show of wading into the crowd to embrace the sick and kiss babies during his weekly General Audience, the pontiff walked in through a rear door directly onto the stage of Paul VI Hall in Vatican City.

The unprecedented measures come after four Swiss Guards tested positive for coronavirus and were ordered to self-isolate.

The 83-year-old, who has part of his lung missing due to an illness in his 20s, is at high-risk for coronavirus complications and waved from a distance to the faithful.

But the Pope, who has faced controversy over his reluctance to wear a mask, appeared without one again today – despite his entourage and all the Swiss Guards all wearing the protective masks. 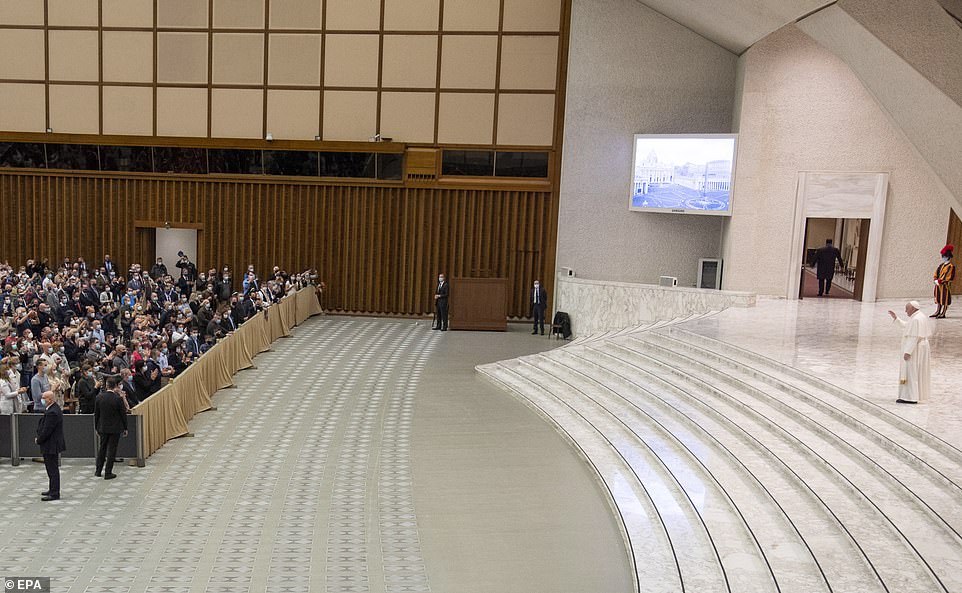 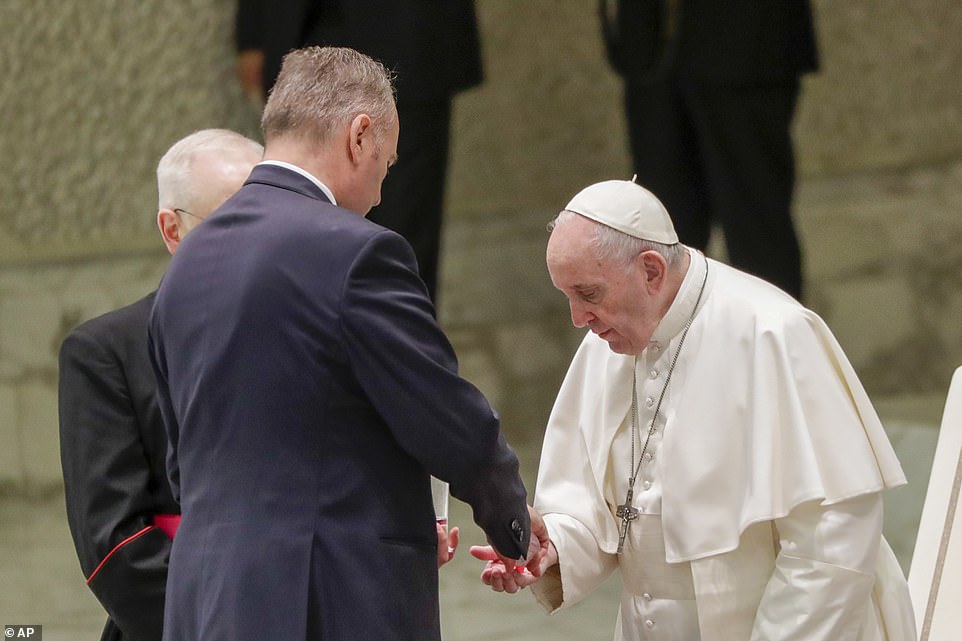 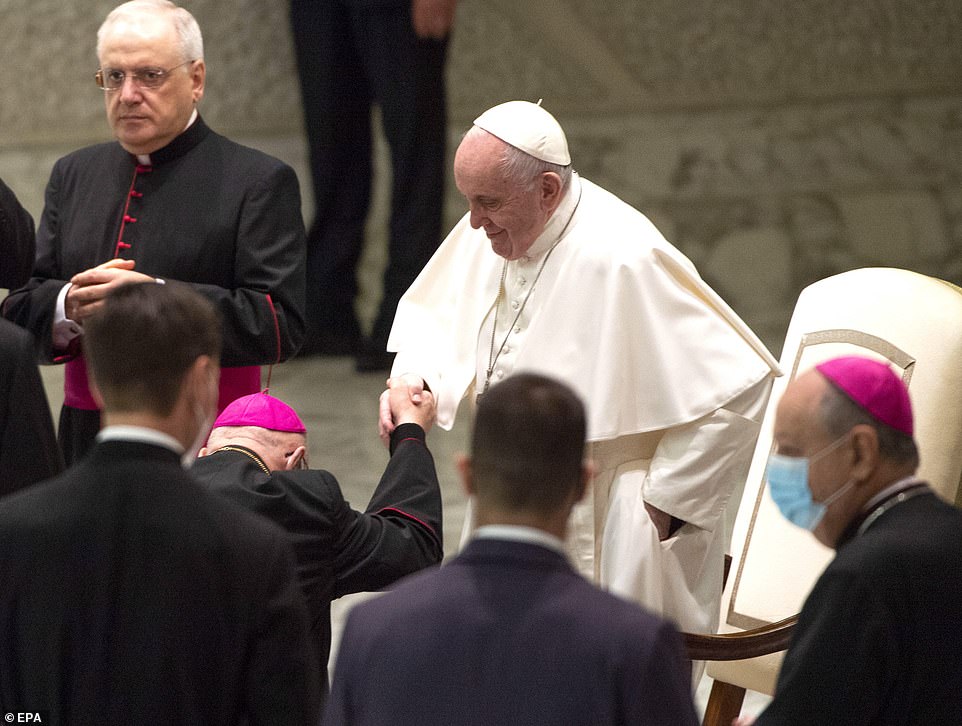 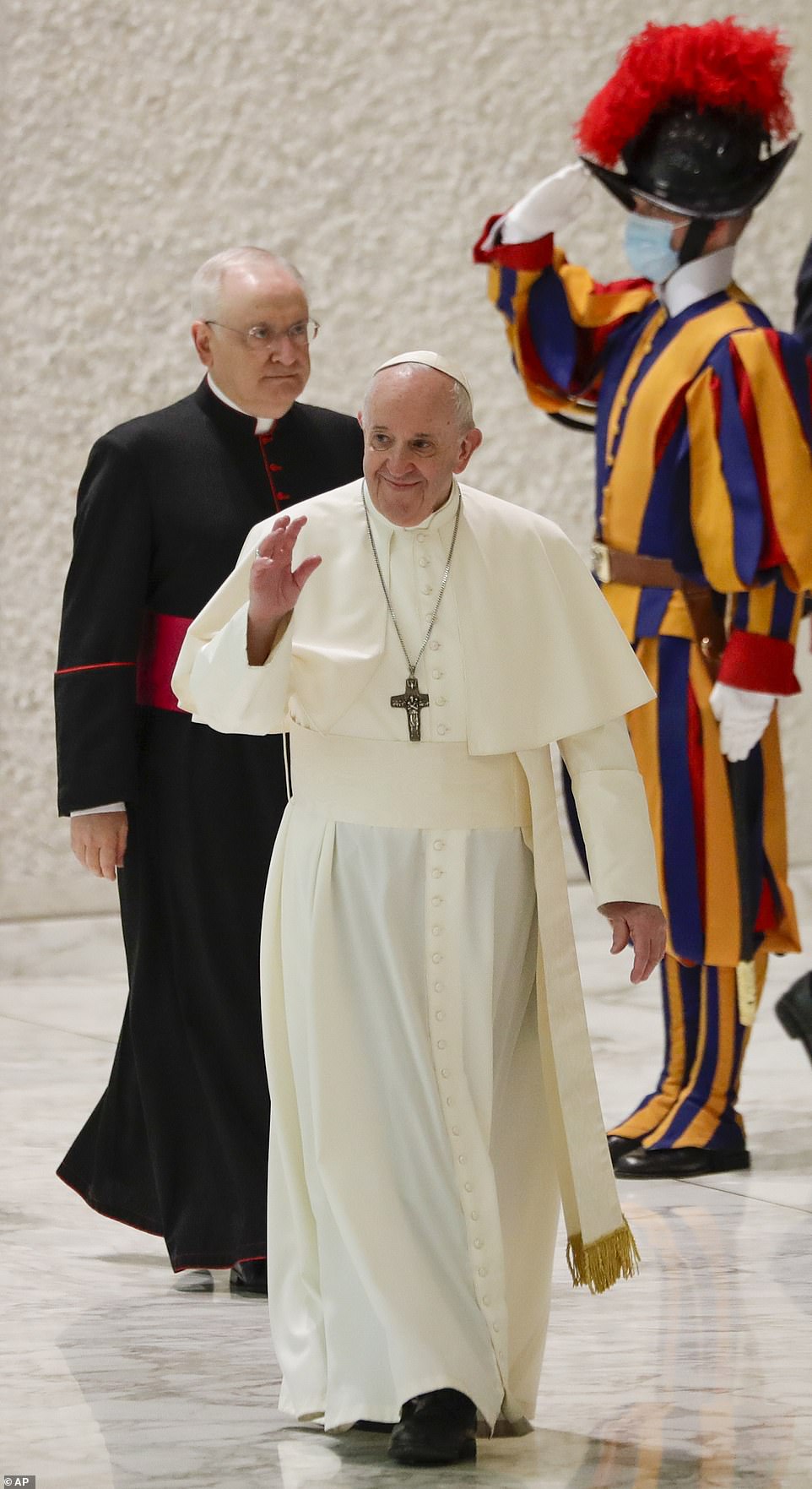 Four Swiss Guards tested positive for coronavirus this week. Above, the mask-free pontiff waves to the crowd

He told the mask-wearing crowd in the large Vatican hall: ‘Forgive me if I greet you from a from a distance.

‘I would like to come down as usual and get close to you to greet you, but with new prescriptions, we would better keep our distances.

‘I believe that if all of us, as good citizens, respect the prescriptions of the authorities, it will help to put an end to this pandemic.’

The Argentine, who has rarely been seen wearing a mask since the virus first shook Italy in February, has been pictured several times in recent weeks joking with prelates who were also without masks. 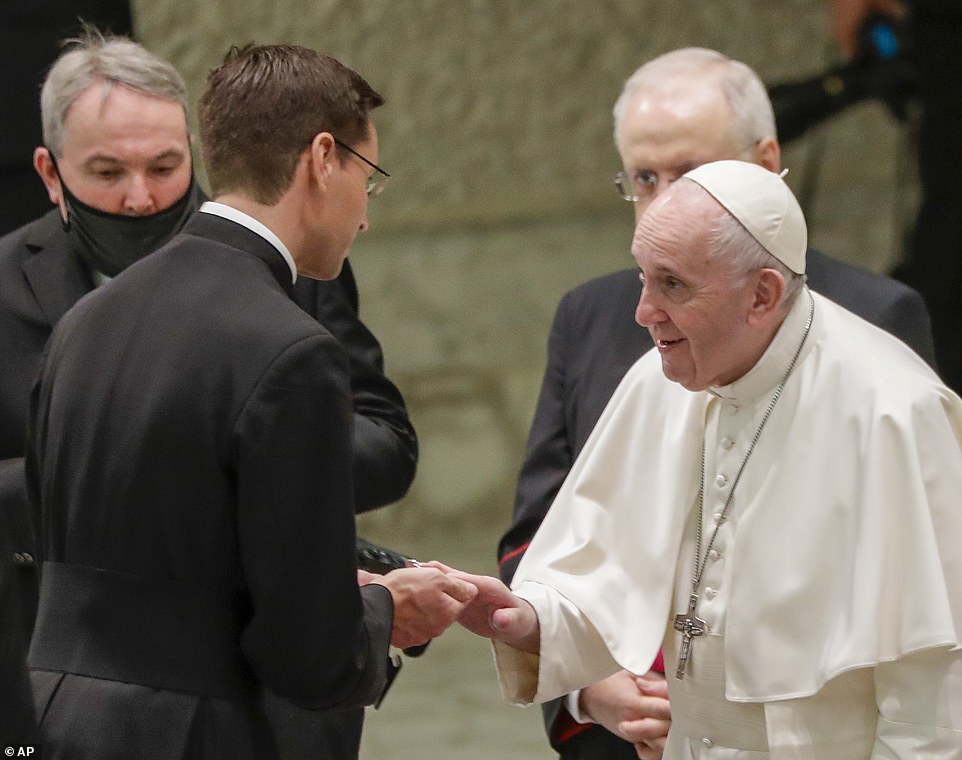 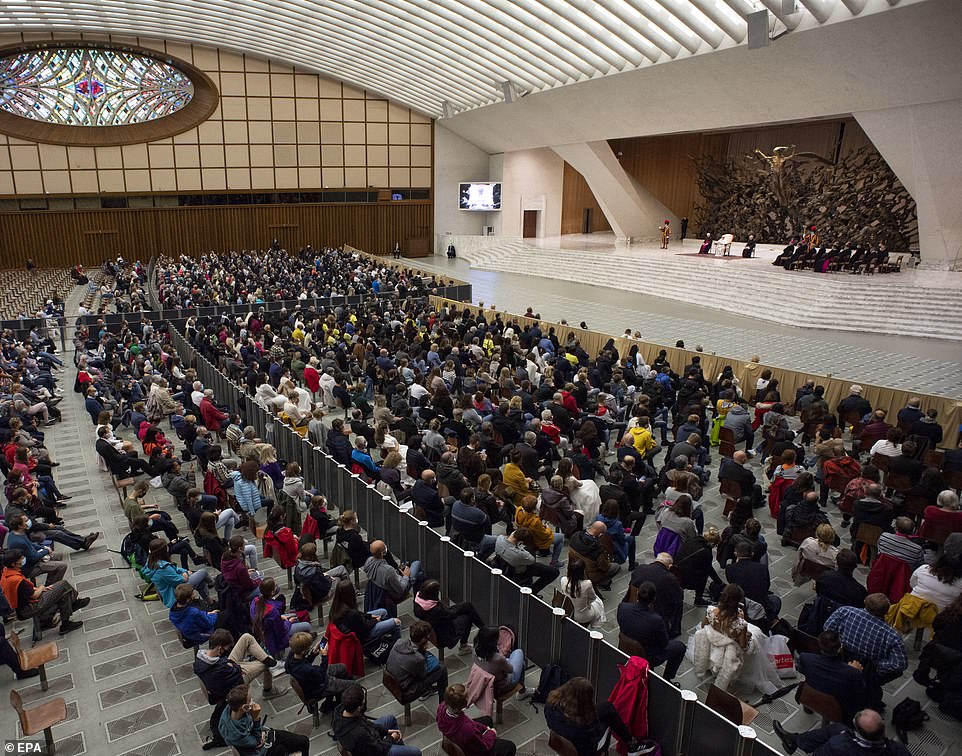 ‘The problem is that there is a danger of contagion. So, if everyone wears a mask and keeps their distance, we can continue with the audiences,’ the Pope said today. Above, a mask-wearing crowd of faithful attend the ceremony at the Vatican

Explaining his decision to not get near the faithful, Francis said ‘everyone approaches and piles up’.

‘The problem is that there is a danger of contagion. So, if everyone wears a mask and keeps their distance, we can continue with the audiences”, he added.

Last month, the Pope faced controversy after removing his mask and reaching out to touch the faithful – both young and old – at a public audience at the Vatican.

He said coronavirus would be defeated by God’s love.

This week, four Swiss Guards tested positive for Covid and were in isolation – increasing the number of infections in the Vatican to 19.

The Vatican amended its policy on masks to conform with all of Italy, requiring them indoors and out.

But they have not responded to questions about why the Pope is not wearing a face mask today.