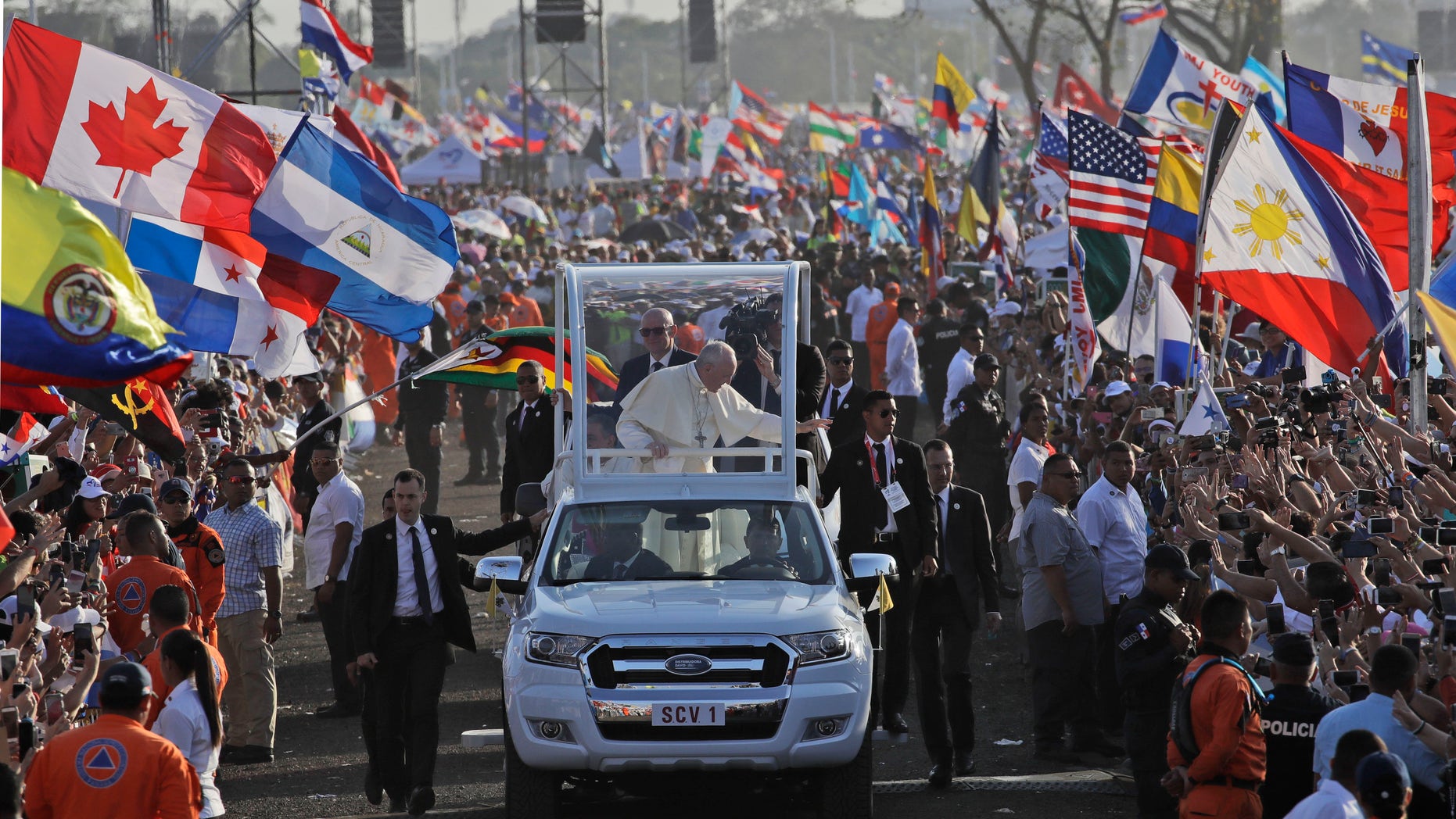 Pope Francis arrives in his popemobile to close out World Youth Day in Panama City, Panama in a mass on Sunday attended by an estimated 700,000 people
(AP Photo/Alessandra Tarantino)

Pope Francis tried once again to be the "People's Pope" in a sermon celebrating World Youth Day in Panama City, Panama on Sunday with a viral tweet connecting Mary to modern Instagram "influencer" culture.

"With her 'yes', Mary became the most influential woman in history," his account posted on Twitter. "Without social networks, she became the first 'influencer': the 'influencer' of God."

The tweet was one certainly aimed at the world's young Catholics, ahead of his closing out of World Youth Day with Mass attended by an estimated 700,000 people on Sunday morning.

The pope's service encouraged young people to seize each day follow their dreams. "You dear people are not the future, but the now of God," Francis told the crowd.

Among those in attendance were presidents of Colombia, Costa Rica, El Salvador, Guatemala, Honduras, Panama and Portugal.

Hundreds of thousands of people camped out overnight in the Campo San Juan Pablo II following a Saturday evening mass, eagerly awaiting the pope's arrival early on Sunday morning. Flags from countries across the Americas waved proudly, representing pilgrims who traveled far and wide to see the pope in person. 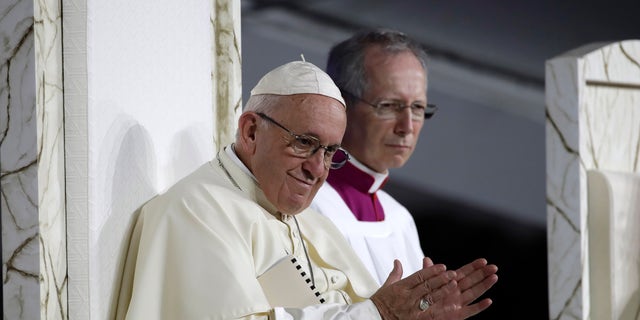 Earlier on Saturday, the pope had lunch with a number of the pilgrims, taking their questions and discussing modern values of the church.

The young people who spoke with him were reportedly shocked by his informality and genuine interest in their questions. Brenda Noriega, a Mexican-born youth minister based in San Bernadino, California, said the two discussed the sexual abuse scandals marring Catholic churches in America. According to Noriega, Francis stressed the need for prayer, called abuse a "horrible crime," and assured her that the church was committed to supporting victims. She said he also told her the U.S. bishops were on a retreat with his own preacher earlier this month, ahead of his forthcoming summit on abuse prevention in February at the Vatican.

"Youth ministers, we have been with people who have been angry but sometimes we forget about prayer. We react too easy and too fast. So I think what His Holiness is telling us and the church is to first pray, build community and not forget about accompaniment."

Following the Sunday mass, Pope Francis is set to visit church-led home for people with HIV. His visitation is said to be a message to residents of Panama, as HIV/AIDS carries a strong stigma in the country.