The Pontiff cautioned the the world could be hit by a natural catastrophe if environmental issues are not addressed. His message was recorded in a new book published on Tuesday, which is based off his interview with Italian priest Fr Marco Pozzi.

In the book, “Of Vices and Virtues” (“Dei vizi e delle virtù”), the Pontiff purportedly said: “A great flood, perhaps due to a rise in temperature and the melting of glaciers: that is what will happen if we continue on the same path.”

Commenting on the power of God, the Pope referenced the Bible, saying it would bring “justice”.

He said: “The wrath of God seeks to bring justice and to ‘cleanse.’

“The Flood is the result of God’s wrath, according to the Bible.” 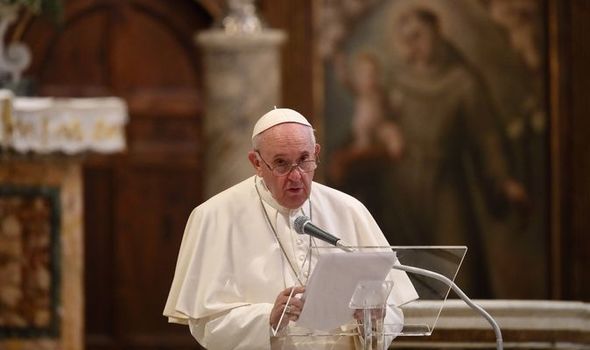 He also pointed out that the Great Flood was a true event and not a myth as many believe.

The Pope added: “The flood is a historical account, archaeologists say, because they found evidence of a flood in their excavations.

“God unleashed his wrath, but he saw a righteous man, took him and saved him.

“The story of Noah shows that the wrath of God is also a saving one.” 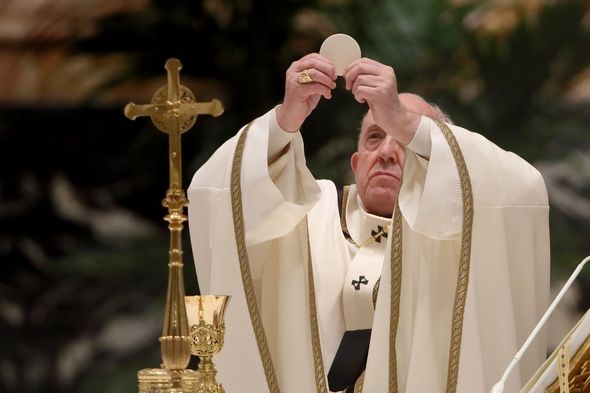 In another book based off an interview with Argentinian journalist and physician Nelson Castro, the Pontiff admitted he thinks about death, but does not fear it.

In ‘The Health Of Popes’, the Pope confirmed his intention to remain in Rome until his death.

He said: “I will be pope, either active or emeritus, and in Rome. I will not return to Argentina.”

Mr Castro’s books claims “this is the first time that a pope has discussed his health with the transparency afforded by Francis”.

Traditionally, the Vatican has not been forthcoming about information regarding the Pope’s health.