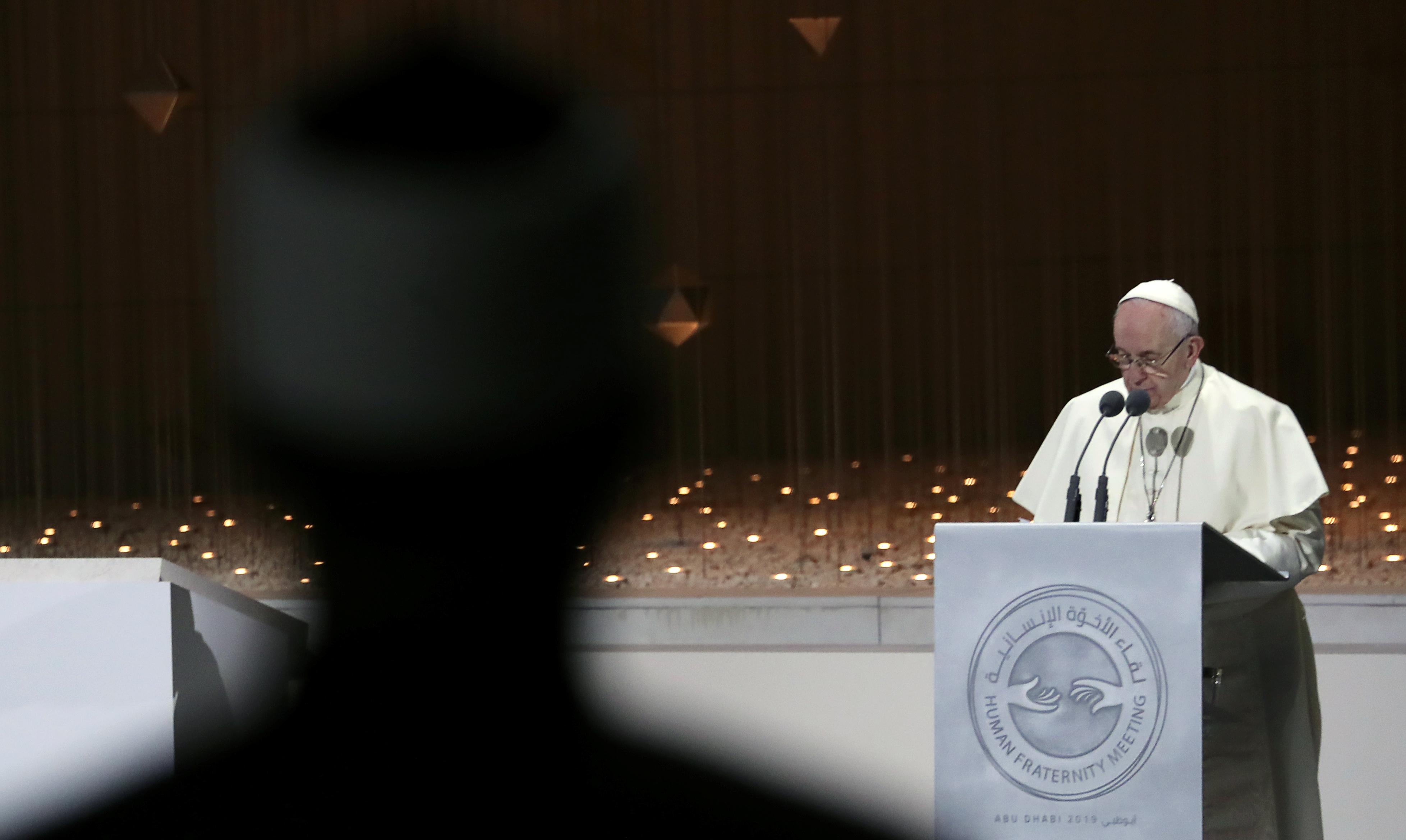 ABU DHABI (Reuters) – The consequences of the war in Yemen and elsewhere in the Middle East “are before our eyes”, Pope Francis said after meeting with United Arab Emirates leaders in Abu Dhabi on Monday.

“War cannot create anything but misery, weapons bring nothing but death…Its fateful consequences are before our eyes. I am thinking in particular of Yemen, Syria, Iraq and Libya,” he said in a speech during a historic visit to the UAE, which is playing a leading military role in the Yemen war.

“Let us commit ourselves against the logic of armed power,” he said.