PROTESTERS in Portland shouted "Jacob Blake" as they set fire to the police union building during yet another night of unrest in the Oregon city.

Blake, a 29-year-old black man, was shot at least seven times in the back by a police officer in front of his three young children in Kenosha, Wisconsin, on Sunday. 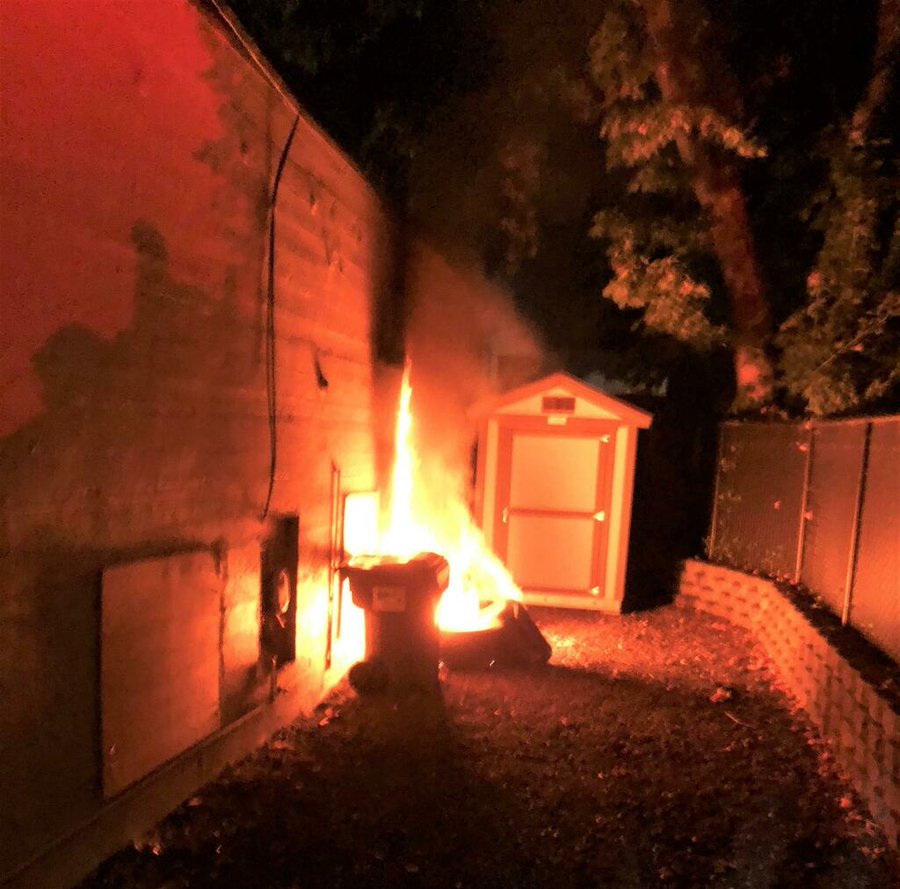 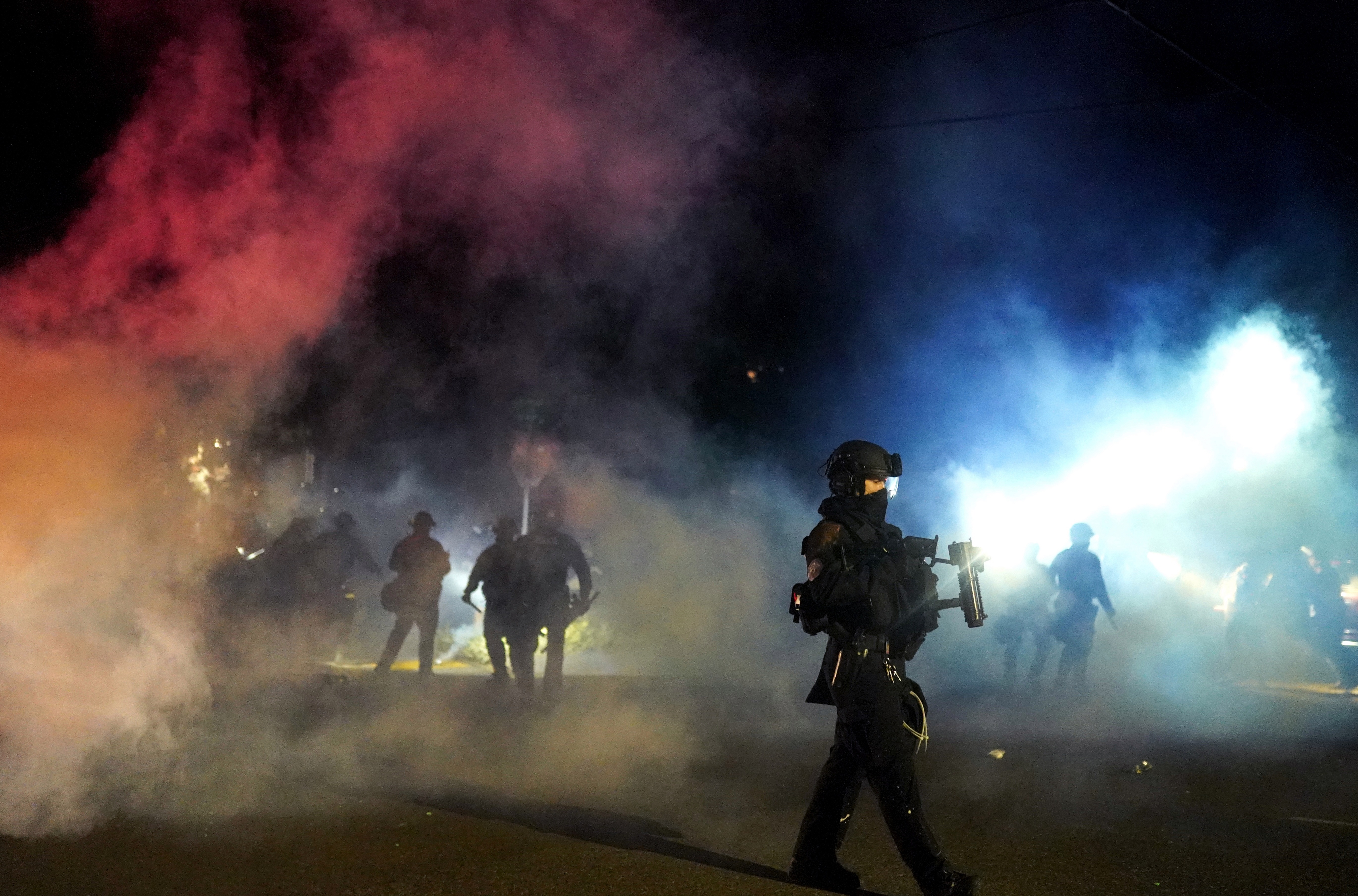 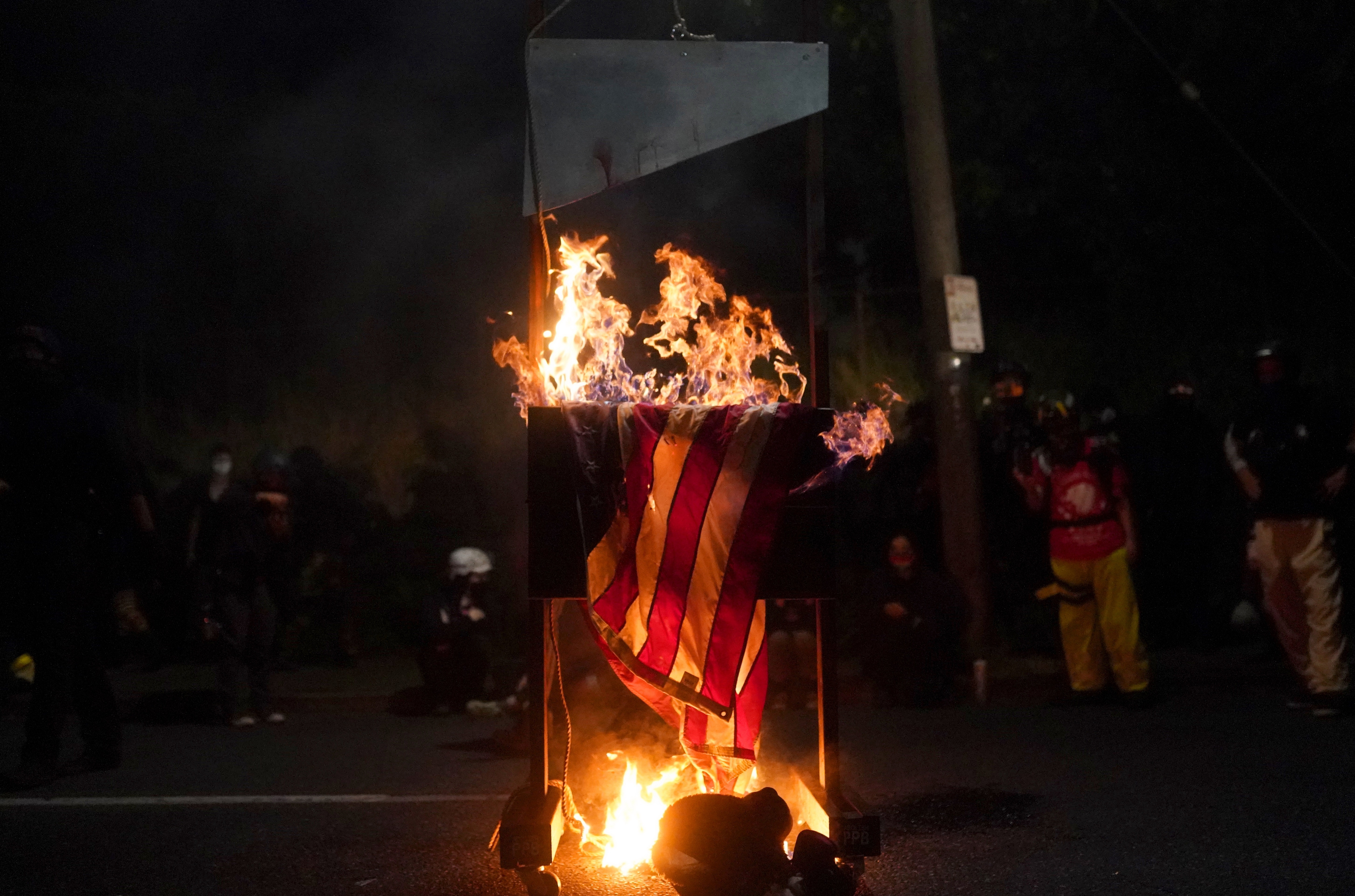 He's currently in the hospital fighting for his life, and his father said he is paralyzed from the waist down from the shooting, which was captured on video and shared widely across social media.

Portland has been home to daily Black Lives Matter protests since the police killing of George Floyd, another black American who died in Minneapolis after an officer knelt on his neck for eight minutes.

Monday's unrest led police to declare a riot in the Portland yet again.

Riots have been declared in the city nearly 20 times since the start of the protests after Floyd's death in May, according to The Daily Mail. 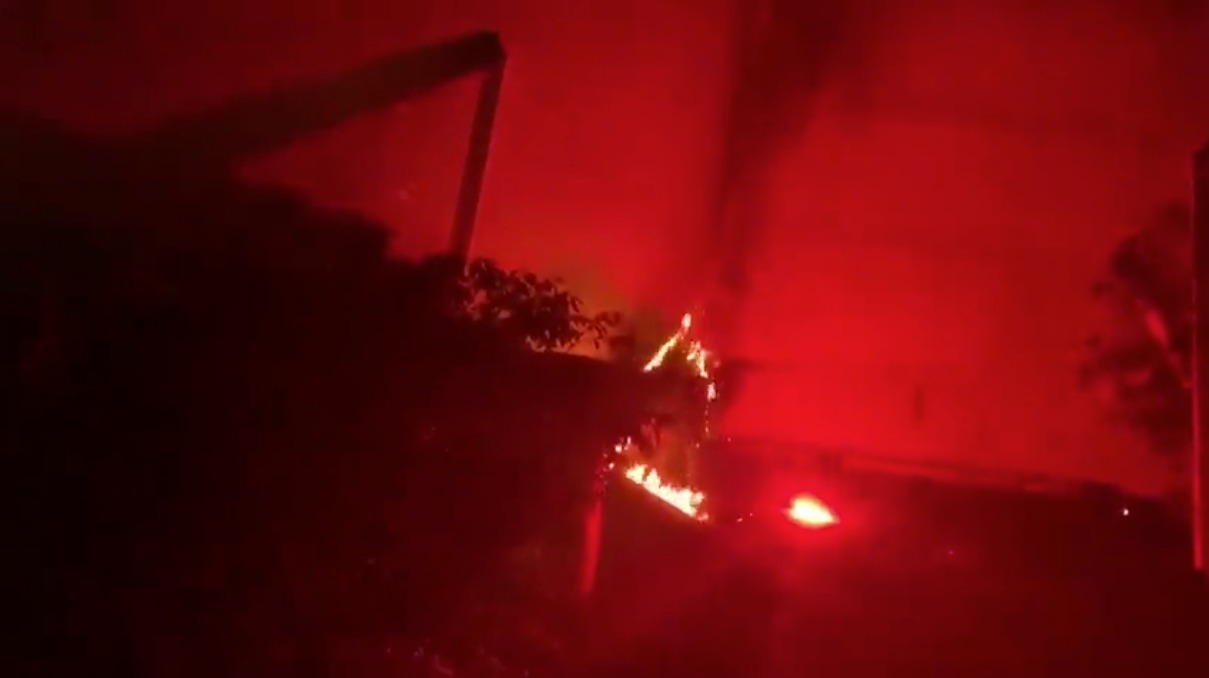 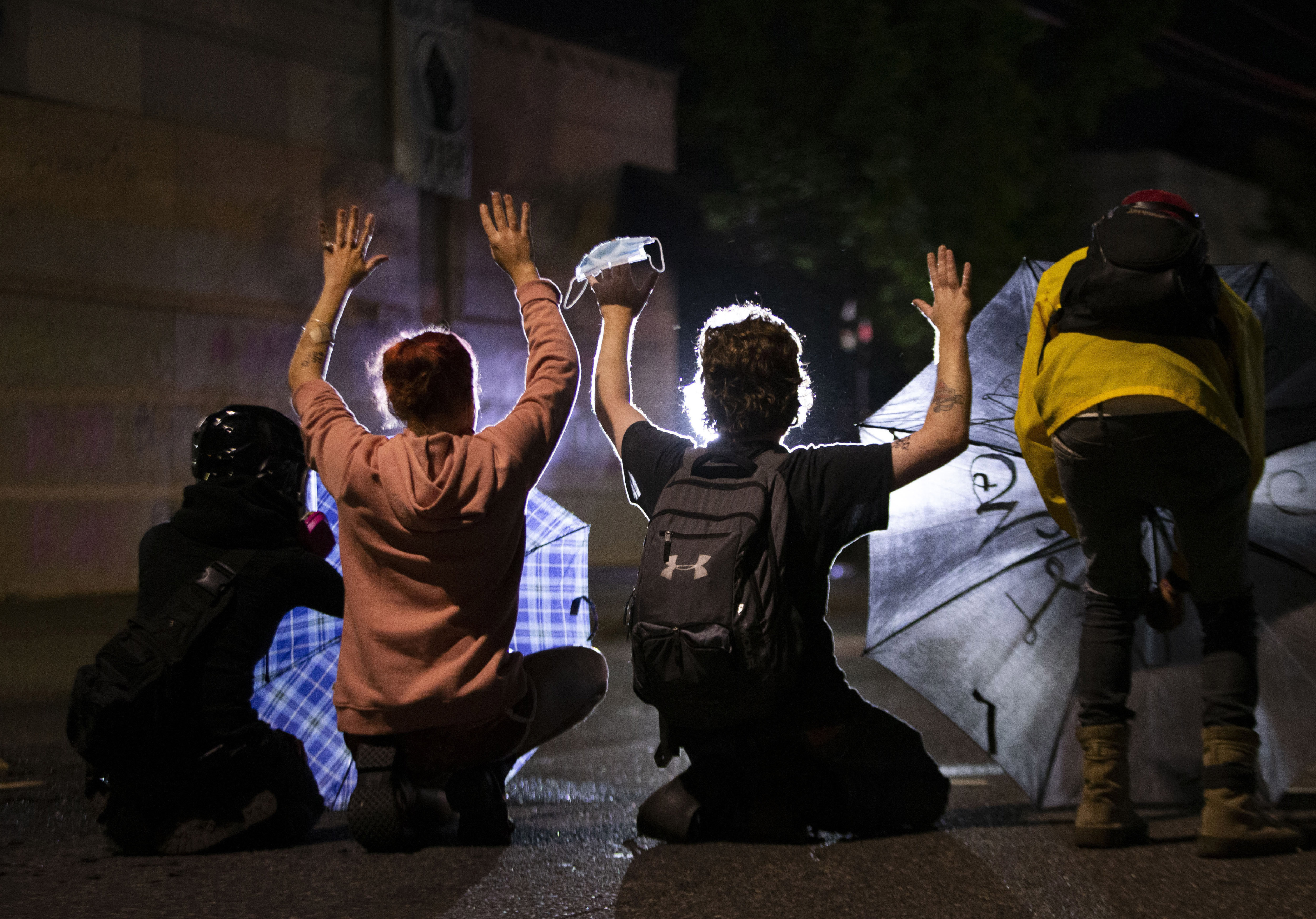 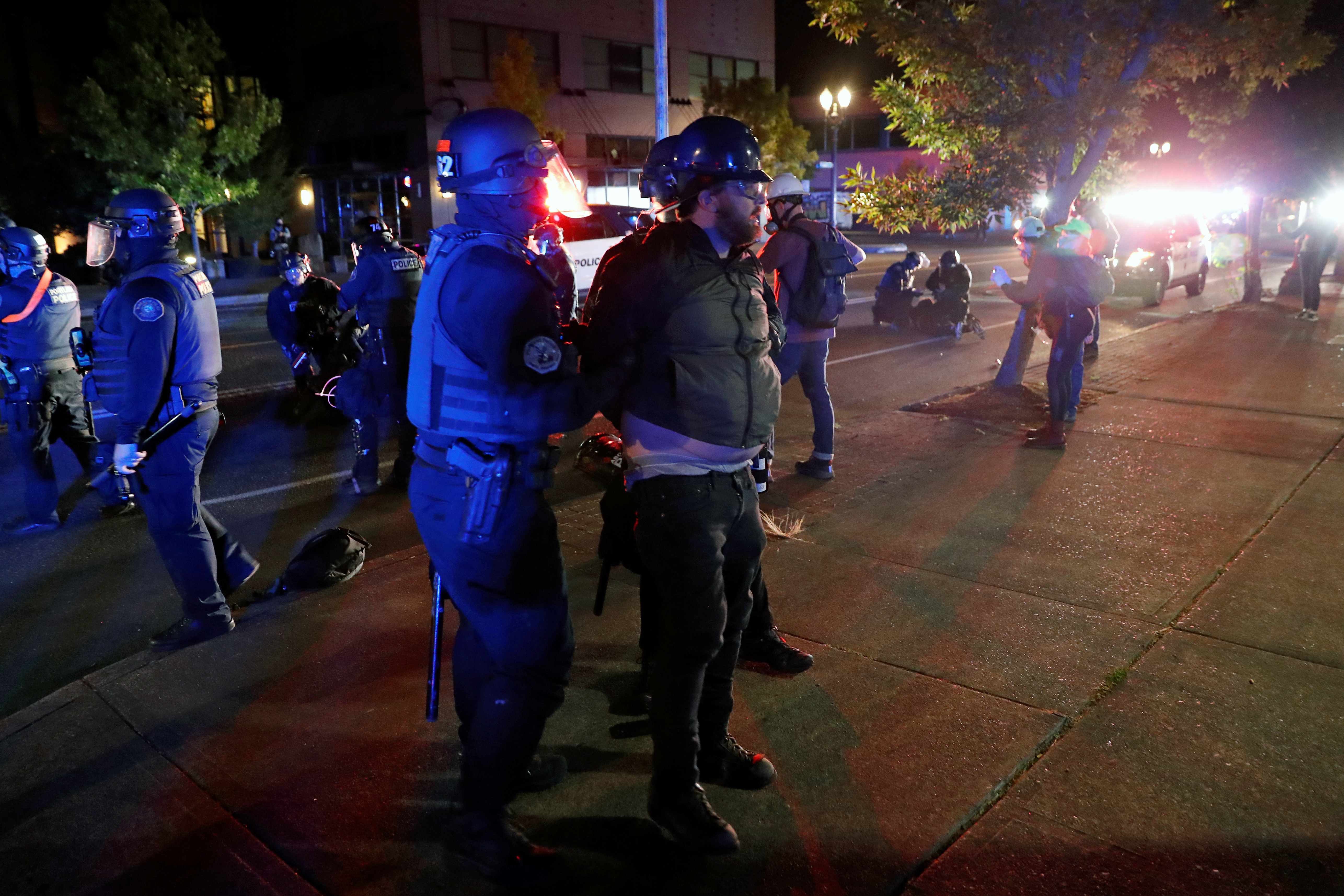 Around 300 protesters joined in on the Monday night demonstrations, the Mail reported, and shouted Blake's name as two fires were set along the walls of the Portland Police Association building.

The walls of the building were also reportedly sprayed with messages such as: "F**k the police" and "ACAB" (All Cops Are B*****ds).

Police told protesters to leave the area and threatened to use "tear gas and impact weapons," according to a statement released by the Portland Police Bureau.

Throughout the night of violence, 25 people were arrested, the Bureau said, and several of them were carrying weapons, including "an electronic control weapon, baton, dagger, and multiple knives." 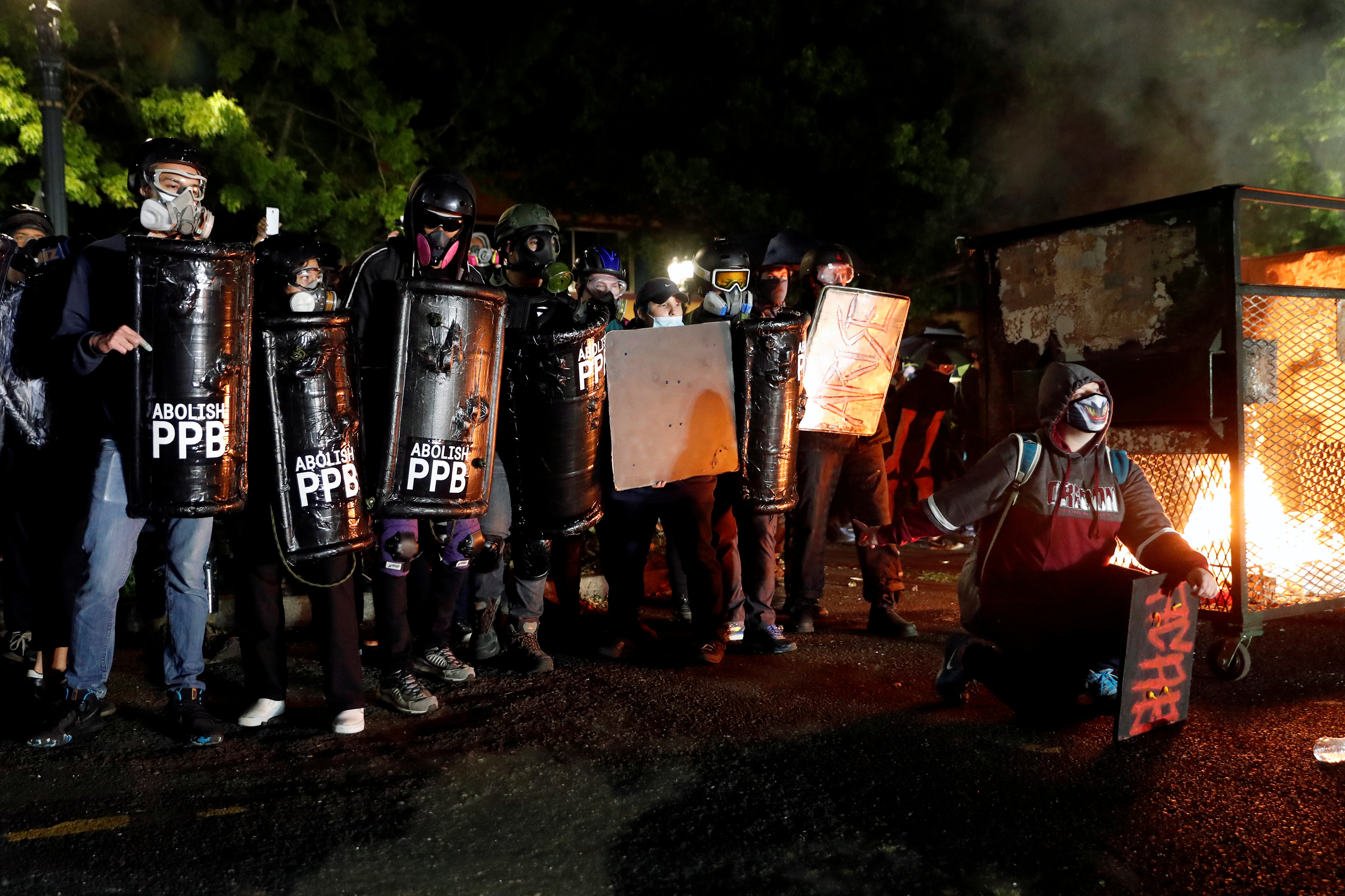 The statement also said that police did deploy tear gas after giving rioters multiple warnings to vacate the area and to stop putting up fences in an attempt to block off roads for protests.

Portland is not the only city that has erupted into unrest after the police shooting of yet another black American this week.

Wisconsin, where Blake was shot, has also been home to demonstrations that have turned violent at times. The city of Kenosha has now put an 8pm curfew into place in an attempt to discourage protesters.

Protests in Kenosha erupted the day after police shot Blake – who was apparently trying to break up a fight between two women, and was walking back to his car that his sons were sitting in, when the cop fired at his back. 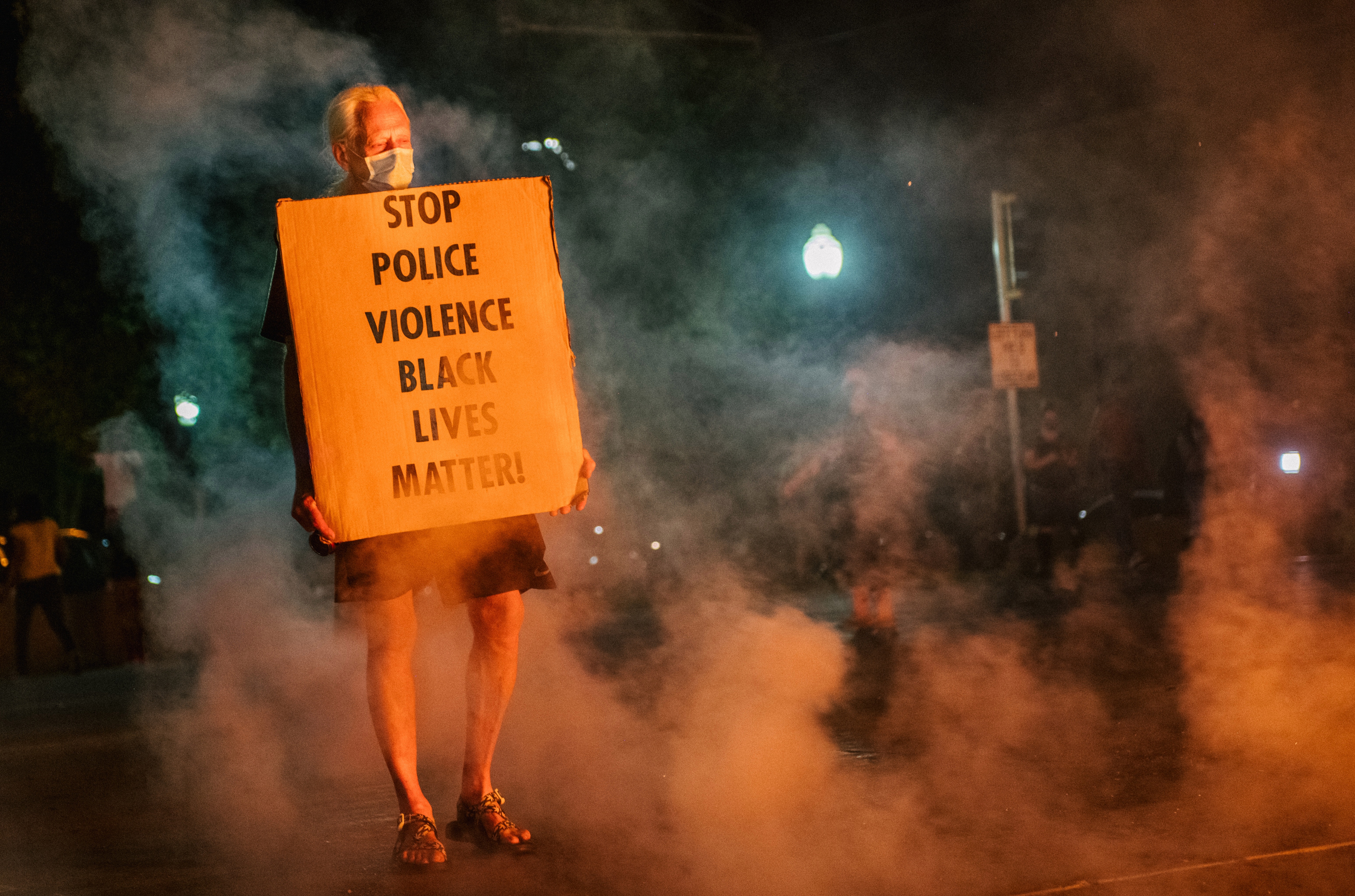 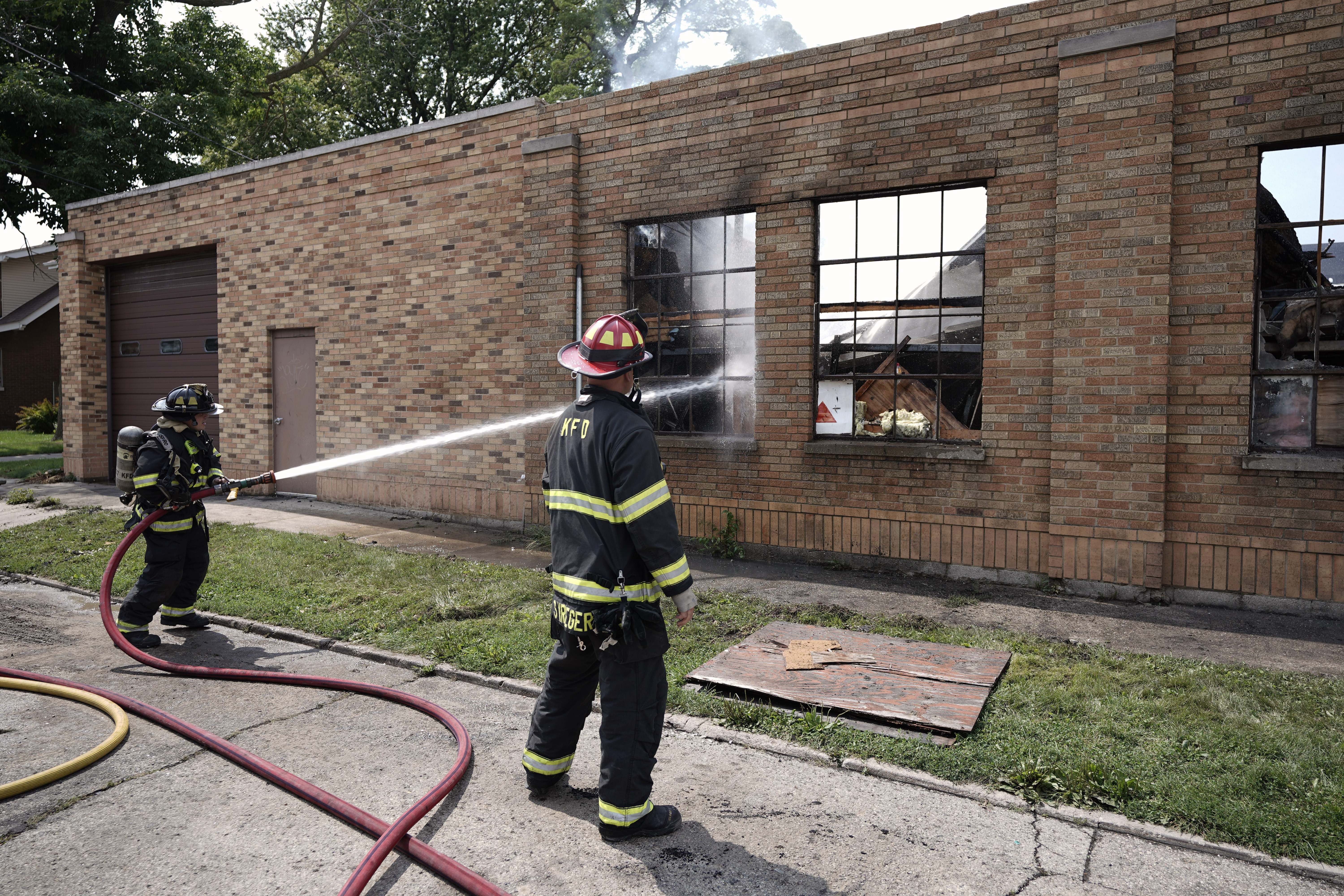 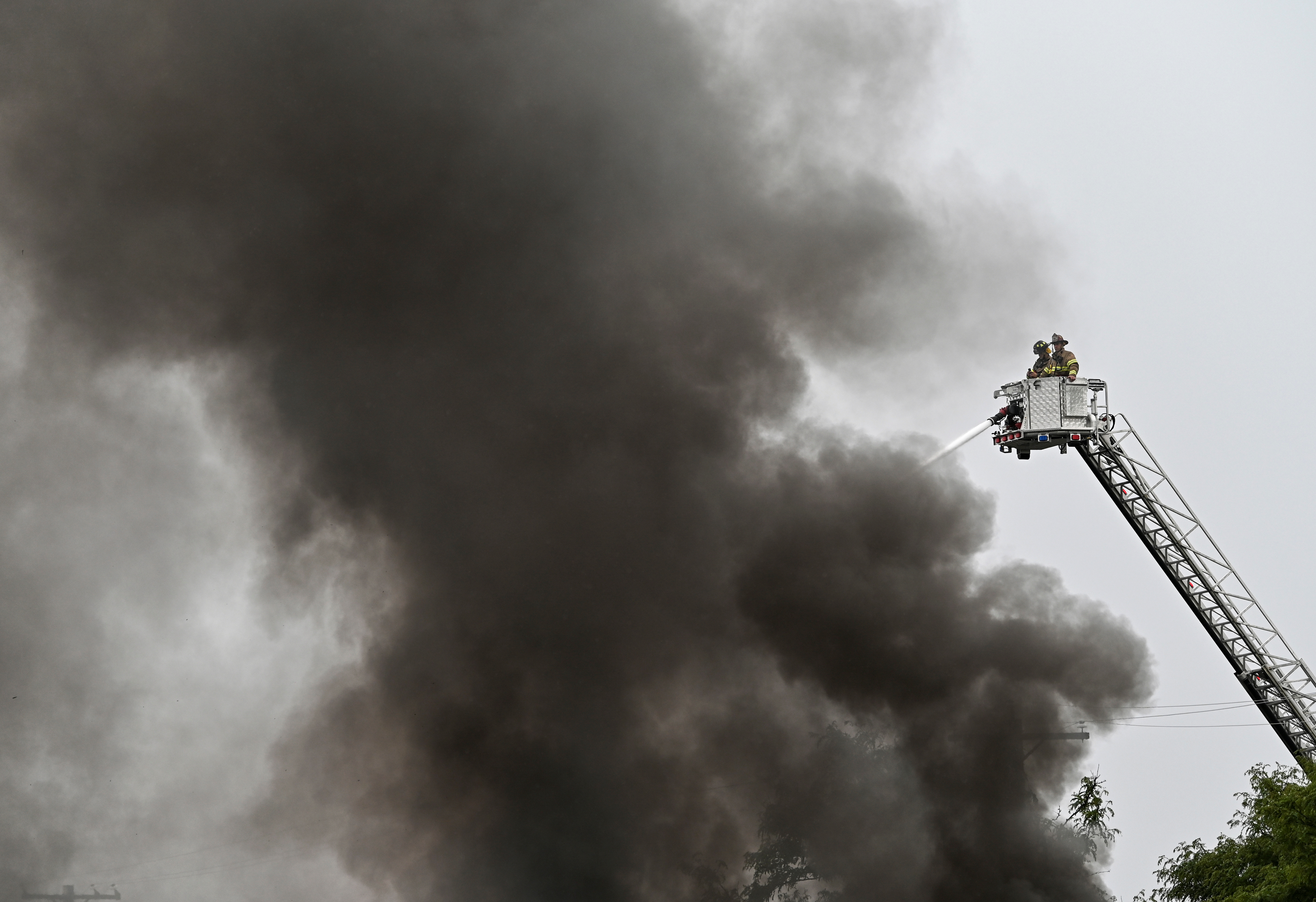 A post shared by the church's Facebook page said the building was saved by "heroic journalists and rain barrels."

The church also released a statement condoning violence, but expressing sympathy towards angry protesters as well.

"Despite the fact that we cannot condone violent response to injustice, we understand and appreciate the anger and frustration that fueled the events of last night," the August 24 statement said.

"While we are relieved that our church home mostly survived the inferno in the lot next door, we affirm that we would rather lose 100 buildings than one more life to police violence."

Blake's family were also on the streets pleading with protesters to be peaceful, according to a TMJ4 reporter on the scene.

Manhattan was also home to a large protest on Monday sparked by the shooting of Blake, as several hundred demonstrators gathered in Times Square and marched to Washington Square Park.

Despite violence that has often broken out between protesters and NYPD in recent months, local CBS affiliate WLNY reported that Monday's protest in the city was large and peaceful.

"I fear for myself. I fear for my other black brothers and sisters," protester Kimberly Bernard told the station during the demonstration.

"It's exhausting, but as long as I can breath I'm gonna continue fighting."