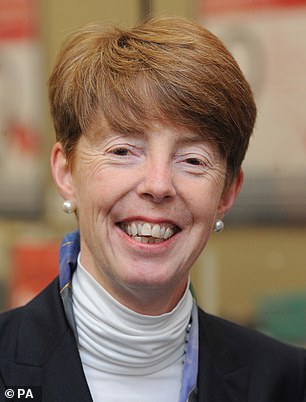 Paula Vennells, who ran the Post Office between 2012 and 2019, said she welcomed the move to give the inquiry statutory powers to compel witnesses to appear or risk jail for non-attendance

The former chief of the Post Office during the subpostmasters scandal has confirmed she is willing to appear as a witness in the inquiry into the UK’s biggest miscarriage of justice.

Paula Vennells, who ran the Post Office between 2012 and 2019, said she welcomed the move to give the inquiry statutory powers to compel witnesses to appear or risk jail for non-attendance.

She said in a statement: ‘It is beyond doubt there are serious and unanswered questions as to the manner in which subpostmasters were wrongly prosecuted.

‘All those involved in any way have a duty to those subpostmasters and their families, who were innocent victims, to ensure that this can never happen again.’

Her comments came as the Government confirmed on Wednesday that the inquiry by retired High Court judge Sir Wyn Williams will be given the extra powers.

But the move means the inquiry’s report is now not expected until more than a year after originally planned.

Business minister Paul Scully told the House of Commons: ‘Sir Wyn (Williams) and I are both of the view that the context for the inquiry has changed in the light of the Court of Appeal’s judgment and that now is the right moment to convert the inquiry to a statutory footing. 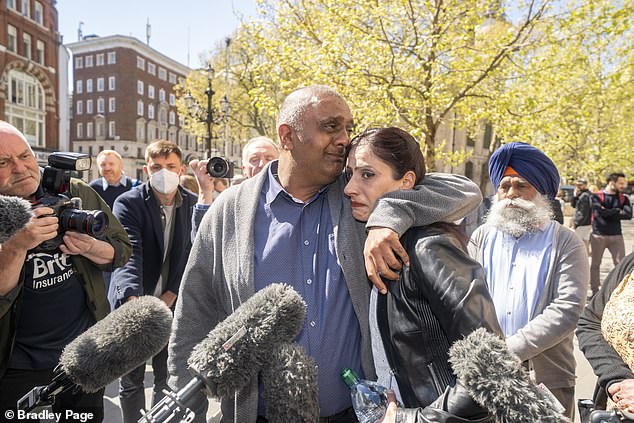 The Government confirmed on Wednesday that the inquiry by retired High Court judge Sir Wyn Williams will be given the extra powers. Pictured: Postmaster Harjinder Butoy outside the High Court after hearing his conviction had been overturned

‘Therefore, I can now inform the House that with the agreement of the Prime Minister I will convert the inquiry to a statutory footing on 1 June 2021.’

He added: ‘The inquiry is now expected to report in autumn 2022 rather than summer 2021.

‘Together, these changes will give Sir Wyn the powers and the time he needs to conduct an in-depth analysis of the decision-making processes that led to the Horizon scandal.

‘He will be able to compel organisations to provide documents and witnesses to give evidence under oath if necessary.’

Mr Scully stressed the need to ‘get to the bottom of this appalling affair’. 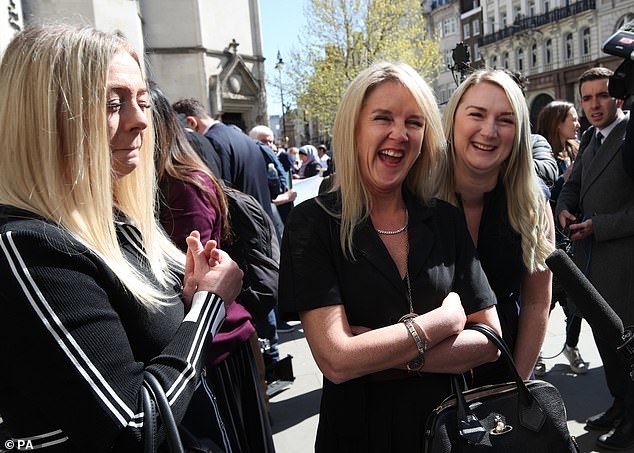 Following the scandal, which is thought to be the biggest miscarriage of justice in the UK, the former Post Office boss said she is ‘truly sorry’ for the ‘suffering’ caused. Pictured: Former post office worker Janet Skinner (centre)

Ms Vennells oversaw the organisation whilst it routinely denied that there were problems with its Horizon IT system, instead accusing subpostmasters of stealing money.

But the Court of Appeal overturned convictions for 39 former subpostmasters, paving the way for 640 others to have their own convictions quashed.

Following the scandal, which is thought to be the biggest miscarriage of justice in the UK, the former Post Office boss said she is ‘truly sorry’ for the ‘suffering’ caused to subpostmasters who were wrongly convicted of offences.

Ms Vennells, who was an associate minister in the Diocese of St Albans, announced at the time that she would also be stepping back from her regular church duties in the wake of the Horizon scandal.

She also quit non-executive board roles at high street retailers Morrisons and Dunelm.

A village postmaster wrongly jailed over the Post Office Horizon IT scandal is to be honoured by the council from which he was disqualified.

Noel Thomas, now 74, was banned from being a member of Anglesey county council after being jailed for nine months in 2006 for false accounting of £48,000 – due to the flawed IT system.

Last month after fighting to clear his name he was one of 39 postmasters whose convictions were quashed in the Court of Appeal, with many more still pending outcomes.

Now councillors have decided to recognise the ‘terrible miscarriage of justice’ which he endured. 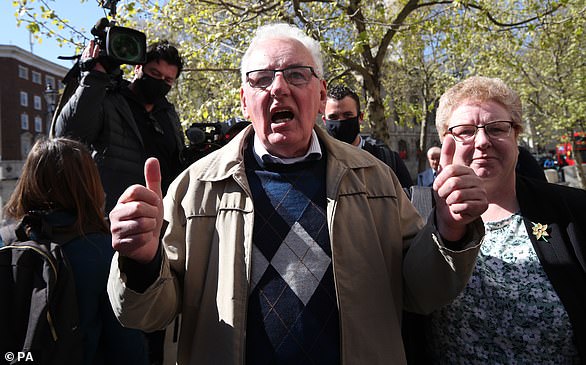 Noel Thomas, is to be honoured by the council from which he was disqualified when he was wrongly jailed over the Post Office’s Horizon IT scandal

Bob Parry, who served on the council at the same time as Mr Thomas, presented a special motion to recognise his friend.

Councillor Parry said: ‘Noel suffered because the Post Office were not willing to accept the blame. Noel was a very popular councillor and it was a big loss to the area.

‘I will never forget that picture of Noel coming out of court and being led to the prison van. The village of Gaerwen and its residents supported him throughout.

‘It is usually the case that we present retiring members with a gift and I think we should acknowledge his service to the county council.’

Cllr Aled Morris Jones, another former colleague, added: ‘The family have been through hell over the last few years.

‘No amount of compensation will make up for the injustice. But as a county council we can show our support and respect towards Noel and his family.’

Cllr Parry’s motion was backed unanimously. Mr Thomas will be invited to attend the next meeting so that he can be presented with a ‘formal vote of gratitude for his faithful service as a county councillor.’