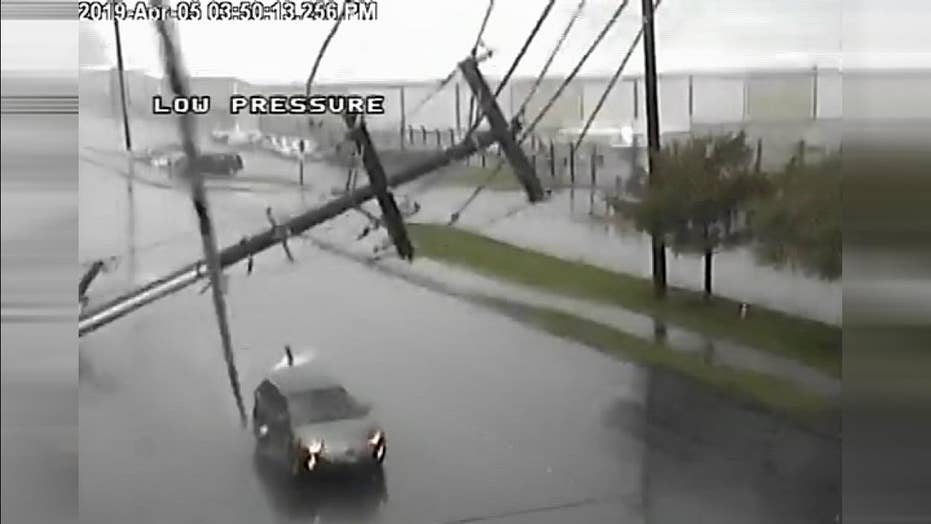 Dramatic footage showed the moment a power pole pierced an SUV over the weekend in Washington state — but the couple inside survived the harrowing incident.

Tukwila Police released footage Tuesday that showed the moment when Tom and Linda Cook’s Ford Edge was struck by the wooden utility pole with live wires.

Police responded to the emergency call Friday at around 3:50 p.m. that the vehicle was struck by a powerline. First responders had to wait about an hour to pull the Cooks from the SUV because they had to wait for the power to be turned off.

“Just by looking at the damage to the vehicle on scene, it appeared that the injuries would be serious and or even fatal,” Tukwila Police said in a statement.

"Seeing the photos of the vehicle, if I had seen those photos as a bystander or after the fact and I looked at the photos, I would have said somebody died in the car," Tom Cook told KOMO-TV. 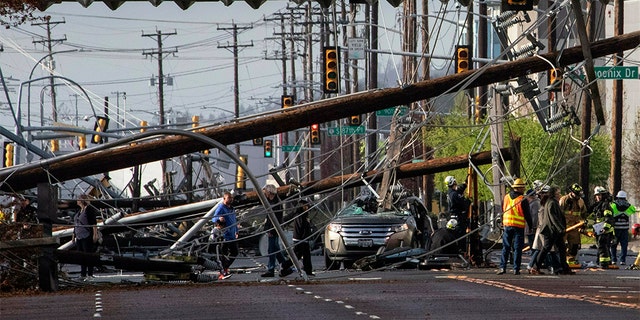 Two people were trapped in the SUV for about an hour after several power poles came crashing down on East Marginal Way on Friday, according to Tukwila police. (Ellen M. Banner/The Seattle Times via AP)

“The firefighters said… had it hit to the left or the right, it would have come down on one of us."

The two were rushed to a nearby hospital where they were treated for minor cuts and bruises and released that same night.

Seattle City Light later revealed that 26 utility poles came down on Friday, affecting approximately 16,500 people. Those poles had last been inspected in 2016 and none were identified as “posing a public safety hazard” at the time.

The company has hired a third party to conduct an independent investigation.