Jakarta: It's the slogan that helped propel Donald Trump to the White House, emblazoned on hats, bumper stickers and t-shirts across the USA and which has resonated around the world: "make America great again".

And it seems Indonesian presidential candidate Prabowo Subianto, the man who lost the 2014 presidential election to Joko "Jokowi" Widodo, has decided to inject some Trump-like rhetoric in a bid to turn the tables and claim victory in the April 2019 election. 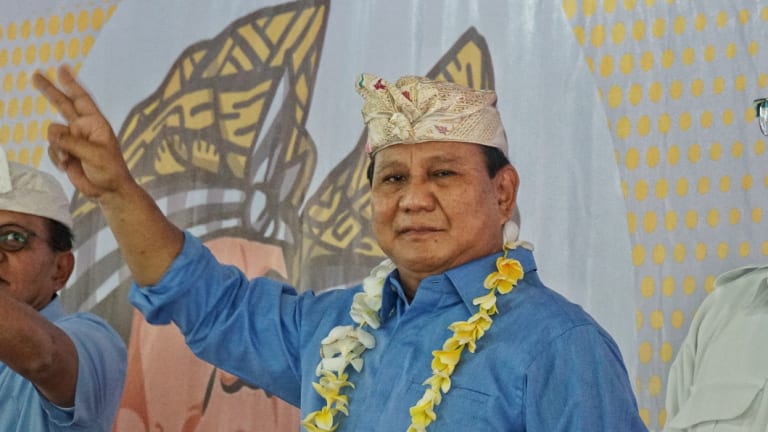 Prabowo Subianto pictured at an event in Bali waving a ‘V’ for victory sign, or maybe ‘2’, his ballot number, to his volunteers.Credit:James Massola

Just don't accuse him of copying the US president.

In a speech last week to the Lembaga Dakwah Islam Indonesia – the Indonesia Islamic Preaching Institute, in Jakarta – Prabowo reflected on how President Trump had declared a trade war on China and promised to make America great again" with his America first policies.

The rise of strong man nationalist populist candidates like Trump and Prabowo is a phenomenon taking place around the world.

Prabowo's borrowed line drew strong applause and was very much in keeping with his positioning as a nationalist, outsider candidate who will stand up for his country (much like Trump) against the elite and for ordinary Indonesians. 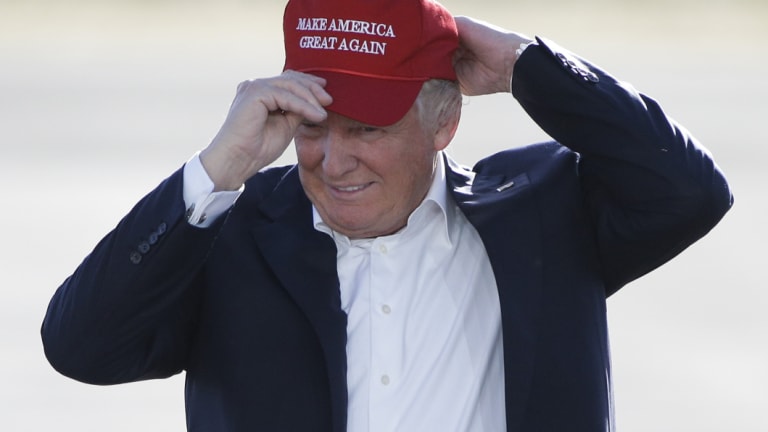 If the cap fits: Donald Trump campaigning in June 2016 in the trademark hat.Credit:AP

In a campaign speech in Bali on Friday, Prabowo railed against the fact that so-much of Indonesia's wealth belongs to the one per cent while 99 per cent of citizens don't have enough.

While his point about unfair wealth distribution is correct, it does jar somewhat coming from a man who, like Trump, is part of his country's economic and political elite (Prabowo is a wealthy former army general who was once married to the daughter of long-time president Suharto).

The candidate has already drawn comparisons with Trump, too. Back in March, Australian National University Indonesia expert Dr Marcus Mietzner told Fairfax Media that Prabowo was a Trump-like figure: "impulsive, populist, erratic and with authoritarian tendencies".

The comment drew an angry response from Prabowo's campaign team at the time. 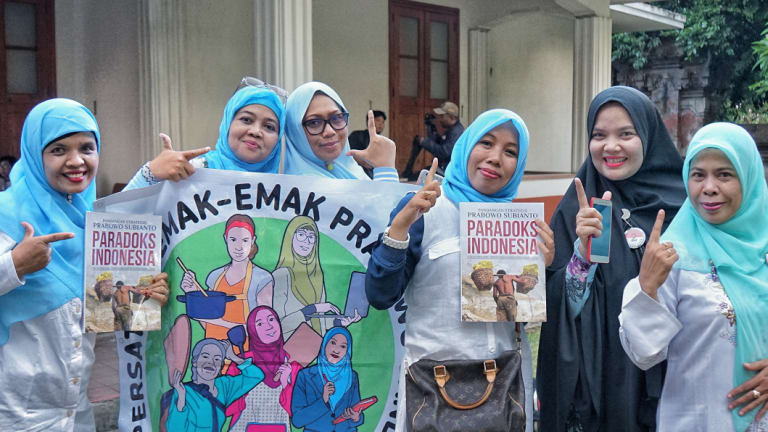 Some of Prabowo’s Emak – emak (mothers) volunteers proudly posing with the ‘V’ sign while holding up his latest book after the event in Bali on Friday. Credit:James Massola

And – if you can believe it – the man himself insists he is not borrowing his lines from Trump.

"No. [I am] not copying, who told you to ask that?" he rebuked an Indonesian journalist when asked about the Trump line last week.

"So, it's like this. I said that why are other nations allowed to say 'make America great again', why can't we?"

At a briefing for foreign media on Friday, Hashim Djojohadikusumo, the candidate's younger brother and director of media and communications for the campaign, pointed out that for example, French President Emmanuel Macron had used the phrase "make the planet great again".

"It’s a movement making Indonesia great. I think, on the contrary, Donald Trump emulated us."

While "make Indonesia great again" may well resonate with ordinary Indonesians, Prabowo and his campaign team would do well to stop denying the bleedingly obvious source of their catch cry.

Maybe then they would have a chance, to paraphrase another Trumpism, of  "winning so much they'll get tired of winning".