A young mother-to-be was ferociously stabbed to death with a screwdriver by a schizophrenic who she had allowed to stay in her home.

Ella Parker, 29, who was five months pregnant, lost nearly all the blood from her body as Ryan Blacknell stabbed her 33 times in her Milton Keynes home, which she was decorating in readiness for the arrival of her baby son.

Blacknell was today ordered to be detained at Broadmoor high-security psychiatric hospital indefinitely.

It will require the approval of two psychiatrists and the Secretary of State before the 24-year-old can be released.

A judge has now demanded an investigation into how Blackwell was allowed walk out of a mental health centre ‘because he feared to patients were going to eat him’. 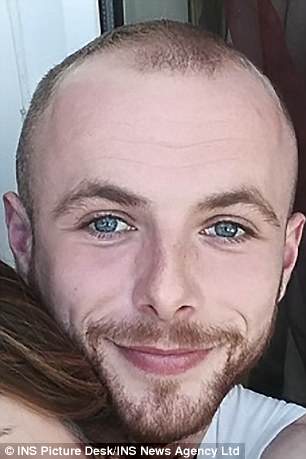 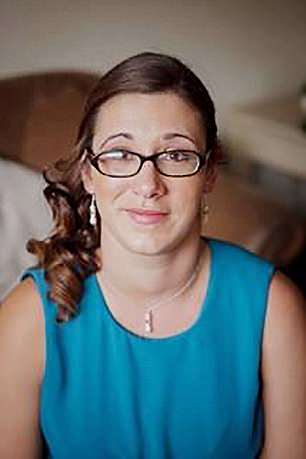 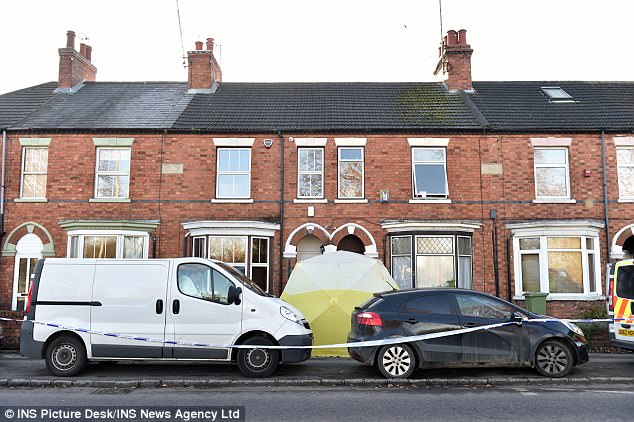 Ella Parker, 29, who was five months pregnant, lost nearly all the blood from her body as Ryan Blacknell stabbed her 33 times in her Milton Keynes home (pictured)

Blacknell had originally been charged with Ella’s murder but his guilty plea to her manslaughter on the grounds of diminished responsibility was accepted.

As he was sentenced at Luton Crown Court today it was revealed Blacknell’s mother had called the police and a mental health triage team after she found him ‘rambling about dinosaurs’ and holding a large knife at the flat they shared.

After showing the recording to police and the mental health team on December 4 last year, Blacknell was taken to the Campbell Centre in Milton Keynes.

He stayed overnight but signed himself out on December 5 because he was ‘scared that the other inmates would eat him if he stayed another night’, and was reported missing.

Upon leaving Campbell House, Blacknell stayed with Ms Parker and her brother Tim, who had known his sister’s killer since nursery school, the court heard.

Both their parents had died some years earlier and Ms Parker worked in a local supermarket, where she was popular among staff and customers. 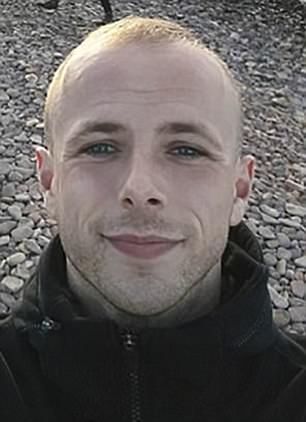 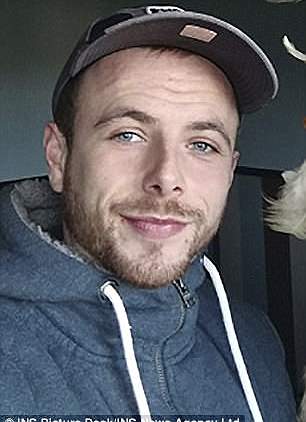 Alan Blake, prosecuting, said: ‘Ryan Blacknell took Ella’s dog for a walk and returned about 10am. Between 11 and 11.50am, she made calls and sent messages to friends. The last message she sent was at 11.45. 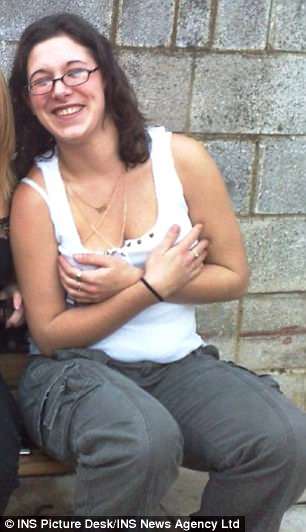 Ms Parker worked in a local supermarket, where she was popular amongs staff and customers

After killing Ms Parker, Blacknell changed his clothes before going to several pubs throughout the day and drinking beer.

He then visited a friend at the local YMCA, telling him: ‘Everything is a bit mad at the moment. This is probably the last time you are going to see me.’

He handed himself into police the next day, telling them he had committed a crime.

A neighbour found Ms Parker’s body in her hallway and a post mortem examination revealed she had been stabbed some 33 times in the back of the head and neck with a semi-blunt object, with some of the wounds up to eight centimetres deep.

One of the puncture wounds cut her carotid artery.

A red-handled screwdriver was found in the kitchen of the flat with Ella’s blood on it.

Expert forensic psychiatrist Seena Faze said Blacknell was suffering from schizophrenia or a schizophrenic disorder, and would be a danger to society were he released. 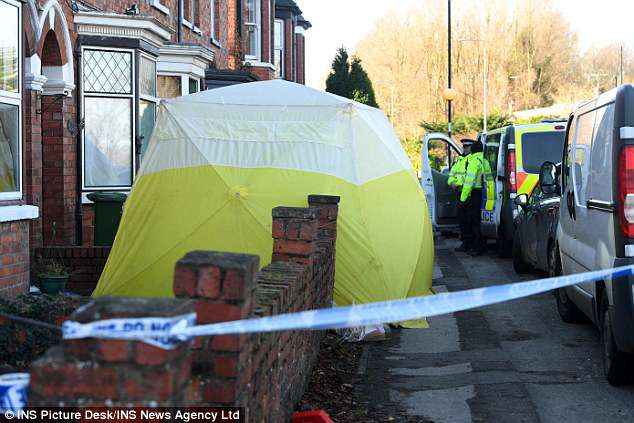 Police at the scene of the murder last December, where Ella was found in her hallway 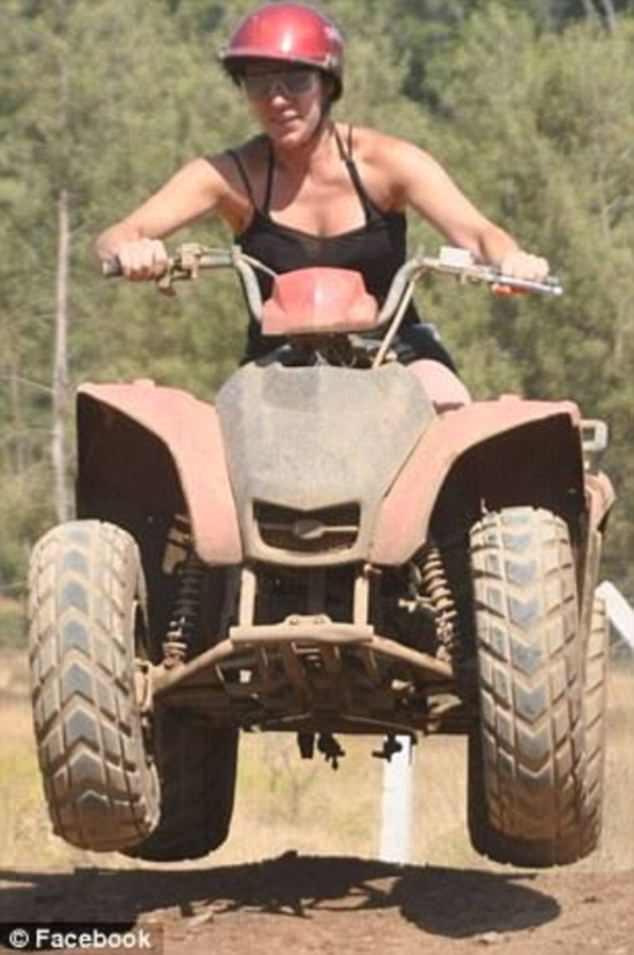 A member of Ella’s family said: ‘Ella was looking forward to having a family of her own. She would have made a superb and proud mother’

A member of Ms Parker’s family provided an impact statement on behalf of the family, 16 of whom were in the court today.

In an impact statement read out to court, Vivienne Parker said: ‘We as a family have found it difficult to put our feelings into words something so tragic and unnecessary. It is extremely difficult. We worry about how she suffered when she died.

‘Her kind nature appeared to be her downfall. She had taken a killer into her home out of the goodness of her heart.

‘Ella was looking forward to having a family of her own. She would have made a superb and proud mother.’

Professor Fazel said the nature of the acute psychotic illness Blacknell was suffering from meant his ability to form a rational judgment and exercise self control was impaired.

He said at one time Blacknell had worked in an aerosol factory and that could have triggered the symptoms of his illness, as well as the breakdown of his relationship with his girlfriend. Blacknell had originally been charged with Ella’s murder but, because of the findings the psychiatrist who had assessed him, his guilty plea to her manslaughter on the grounds of diminished responsibility was accepted. Ella is pictured right, with a friend

Judge Richard Foster, passing sentence, said he hoped there would be a full investigation regarding The Campbell Centre and its decision in early December not to take further steps to ensure ‘this very sick man who was clearly a danger to the public’ had not remained there.

He added: ‘This case is tragic and may have been avoidable. Ella was a happy and vivacious women, five months pregnant and enjoyed her day decorating her home.

‘Her life was tragically brought to an end by a very sick man.

‘I hope the family know that this is one of the most powerful orders the court can make. He may never be released and if he is, it will be under the most stringent of conditions.’

Detective Inspector Stuart Blaik of the Major Crime unit said: ‘Ella was in the process of rebuilding her life following the recent loss of her parents and grandparents and was looking forward to the birth of her child.

‘A thorough investigation has been conducted with the support of Ella’s family and friends.’

Blacknell was sentenced under Section 37 of the Mental Health Act.