French President Emmanuel Macron’s popularity is at its lowest level since the start of his term, according to a major tracker poll published on Sunday.

Just 29 per cent of respondents said they were satisfied with his leadership, down from 34 per cent last month and 39 per cent in July.

The President’s low ratings comes as his government revealed its draft budget for 2019, promising billions of euros in tax relief for businesses to try to boost the growth which has failed to emerge during Macron’s term. 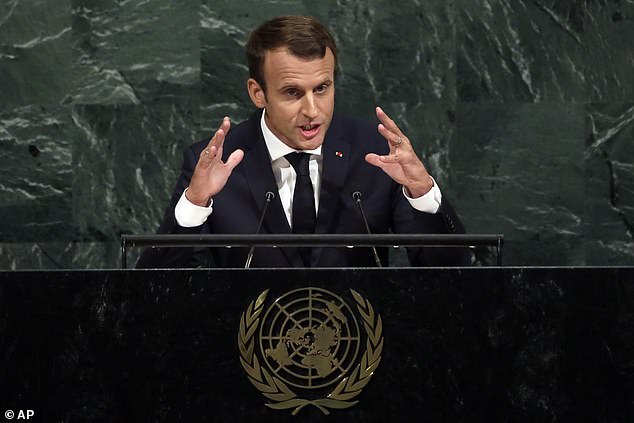 Mr Not-so-popular: Only 29 percent of those surveyed in September said they were satisfied with President Emmanuel Macron, down from 34 percent in August

The results of the Ifop poll for Le Journal du Dimanche is  broadly in line with other surveys that have shown the approval ratings of the centrist falling sharply following a scandal involving a security aide in July.

The results reinforce a longer-term trend of French voters turning quickly on their presidents soon after their election – something suffered by Macron’s predecessors Francois Hollande and Nicolas Sarkozy.

But many analysts also believe Macron has made a series of political errors, including failing to address the scandals over the summer quickly enough and repeatedly creating negative headlines with harsh or condescending remarks.

His leadership style was again questioned last week when he told an unemployed gardener that he should look for a job in a restaurant or on a building site and implied he was not searching hard enough.

Macron’s biggest challenge remains the economy, however, with his pro-business reforms failing so far to produce a significant fall in unemployment or a major uptick in growth. 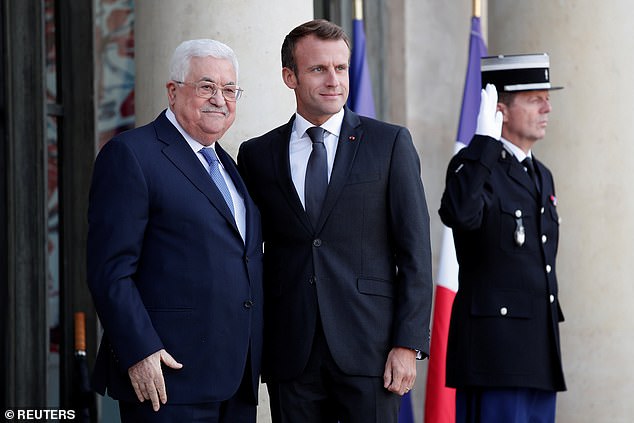 In an attempt to trigger such growth, the French government today unveiled a combined 20 billion euros (£17.9billion) of tax cuts for businesses and six billion euros in tax relief for households, including a gradual end to an annual housing tax.

‘The long-term goal is to build a new French prosperity that will benefit all French people in all regions,’ Finance Minister Bruno Le Maire said as he presented the budget in Paris.

Critics say most people have been left behind by Macron’s policies so far, which have seen him raise taxes on retirees while cutting a wealth tax on top earners.

Pensions and welfare benefits will be shaved further in the 2019 budget – Macron complained in June that France spends ‘a crazy amount of dough’ on social programmes.

And 4,100 more public sector jobs will be axed as Macron aims for a deficit of 2.8 per cent of GDP, below the three per cent limit set for EU members.

Higher taxes on fuel and cigarettes will also hit consumers next year.

The survey by Ifop published on Sunday was conducted between September 14-22 on 1,964 people.

Macron’s approval rating of 29 per cent includes three per cent of people who declared themselves ‘very satisfied’ and 26 per cent who said they were ‘mostly satisfied.’

Hollande had an inferior rating of 23 per cent at the same time of his term and Sarkozy had a rating of 34 per cent.