Committee to Protect Journalists staffers were on a reporting mission when they were detained in Dar-es-Salaam. 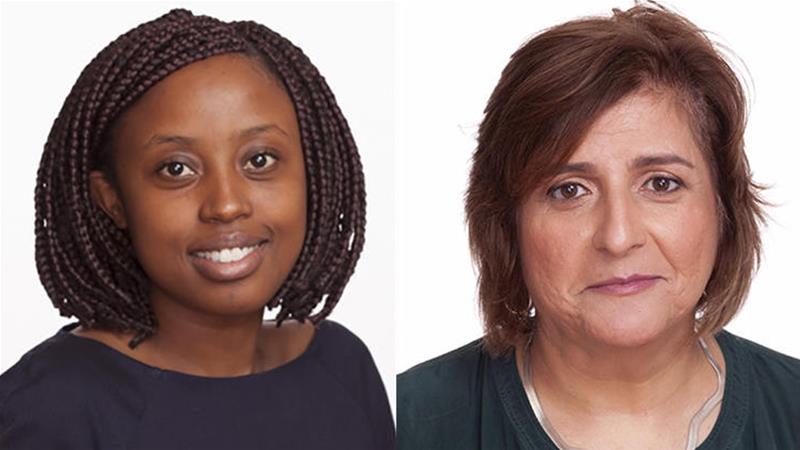 Two press freedom advocates taken away from their hotel in Tanzania by security officers have been released, a South African government official said on Thursday.

There were concerns after it emerged that South African journalist Angela Quintal, Africa programme coordinator for press freedom group the Committee to Protect Journalists (CPJ), and her Kenyan colleague Muthoki Mumo had been detained by authorities on Wednesday evening without explanation.

However, on Thursday morning, Ndhivo Mabaya, spokesman for South Africa’s foreign ministry, told AFP that “they were both released”.

Mabaya said their release came “after a lot of calls” but neither of the women had been given back their passport.

“We need to understand the circumstances… (we) must get all the facts in order to engage the Tanzanian authorities,” Mabaya said.

He added that both women were currently at the South African embassy in Tanzania’s economic capital Dar-es-Salaam.

CPJ said that Quintal, a former editor of South Africa’s Mail & Guardian newspaper, and Mumo were legally in Tanzania “on a reporting mission” when they were detained.

“Officers who identified themselves as working with the Tanzanian immigration authority detained Quintal and Mumo in their hotel room in Dar-es-Salaam,” CPJ said in a statement.

“The officials searched the pair’s belongings and would not return their passports when asked. Quintal and Mumo were then escorted from the hotel and… taken to an unknown location.”

Soon after their detention, an uncharacteristic tweet was sent from Quintal’s Twitter account – reading “God is great we are released going back to our hotel” – raising fears that someone had accessed her electronic devices.

“The tweet by @angelaquintal was not sent by her,” wrote Quintal’s niece Genevieve Quintal, also a journalist. “This shows someone is using her account.”

Both Quintal and Mumo’s social media accounts have since been deactivated.

Rights groups and media advocates have expressed concerns about the freedom of expression in the country.

Since his election three years ago, Tanzania’s President John Magufuli has cracked down on independent media, closing down critical newspapers, while rights groups have protested against the imposition of restrictive laws on freedom of expression.

Reporters Without Borders, a pressure group, ranked Tanzania 93rd out of 180 countries worldwide in its 2018 World Press Freedom Index, down 10 places from the previous year.

Other freedoms are also under pressure, with a powerful Dar-es-Salaam official last week announcing an anti-gay witch-hunt to track down people suspected of engaging in homosexuality, which is illegal in Tanzania under British colonial-era laws.

Earlier in 2018, the Tanzanian government had approved a new law regulating online content.

The new regulation gives the government the right to revoke the permit if a website publishes content “that leads to public disorder” and “threatens national security”.

Recently, Nanjala Nyabola, a political scientist, also raised alarm over the passage of an amendment to Tanzania’s national statistics law, imposing criminal penalties for anyone who publishes information that challenges the government’s statistics.

“All of these rules are part of a growing network of invasive, dehumanising legislation,” Nyabola warned.

On October 31, Zitto Kabwe, a leader of the ACT opposition movement, was detained for questioning following a press conference in which he accused the police of killing dozens of residents of Kigoma, where he is a legislator, during an operation to address illegal grazing.