Price of diesel hits an eye-watering 249.9p a litre in London and 238.9p for petrol as AA tells drivers to cut out shorter journeys and walk or cycle instead

Drivers have been urged to ‘cut out shorter journeys’ by car as fuel prices continue to spiral, with one London filling station charging 249.9p for a litre of diesel – almost 67 pence above the national average.

The AA said motorists should ‘walk or cycle to save money’.

The average price of a litre of petrol at UK forecourts reached a new record of 183.2p on Thursday, according to data firm Experian.

That is an increase of 7.3p in just seven days.

The average cost of filling a typical 55-litre family car exceeded £100 for the first time on Wednesday.

The average price of a litre of diesel on Thursday was also a record, at 188.8p.

AA president Edmund King said: ‘This is the worst week of pump pain so far for drivers. 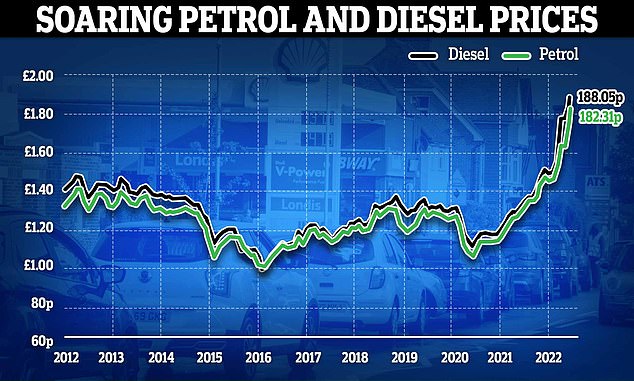 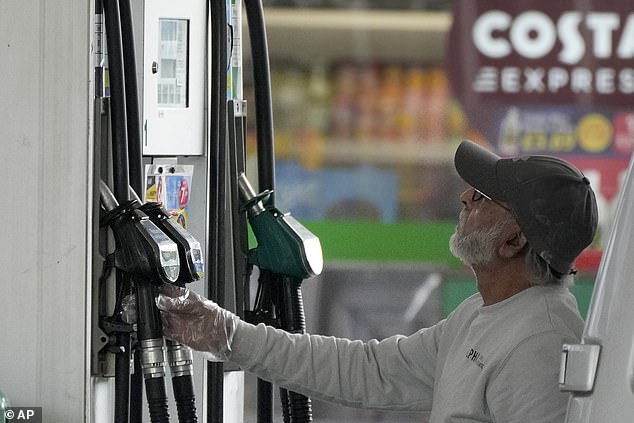 A motorist looks on in astonishment at the price of fuel at the Gulf filling station on Sloane Avenue in  London, where diesel costs almost £2.50 a litre 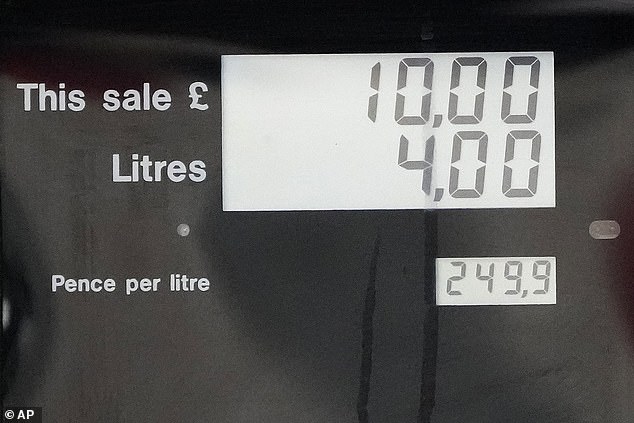 The Gulf service station is charging 249.9p per litre which could result bill of more than £137 to fill a car with a 55-litre tank 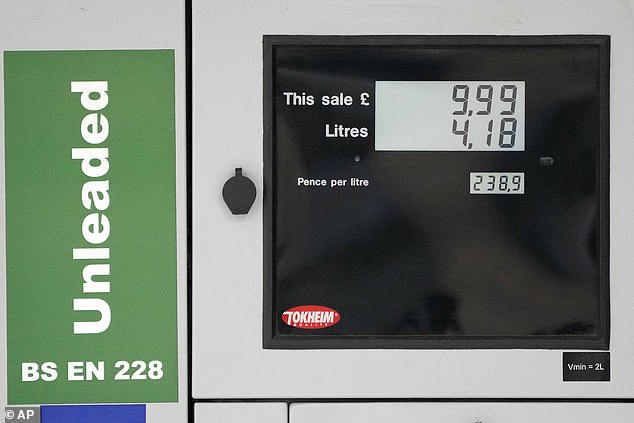 Petrol in the Chelsea filling station cost 238.9p per litre – making it among the most expensive in Britain

‘We would urge drivers at the moment to cut out shorter car journeys if they are able to do so, and walk or cycle to save money.

‘Almost one fifth of AA members are already doing this.

‘But by changing your driving style you can also save up to 15 per cent on fuel costs.

‘These crippling fuel costs are hitting home so drivers need to take all the steps they can to stay mobile.’

The rapidly increasing cost of fuel will add to inflationary pressures leading to higher prices of goods in shops, worsening the current cost of living crisis.

The AA claimed high streets are losing out on £23 million a day in ‘potential consumer spending’ as that is the estimated extra amount drivers are spending on petrol compared with this time last year.

RAC fuel spokesman Simon Williams said it is ‘becoming clearer by the day that the Government must take further action to reduce the enormous financial burden on drivers’.

He accused the Government of being ‘fixated on ensuring retailers are passing on March’s 5p duty cut fully’, claiming this is ‘ignoring the fact that wholesale costs of fuel have absolutely rocketed since then’.

‘Other price records have also unfortunately been set this morning, with the average cost of a litre of diesel at a motorway services passing the £2 mark for the first time ever (200.99p).

‘Petrol at the motorway is also at another record of 197.18p. 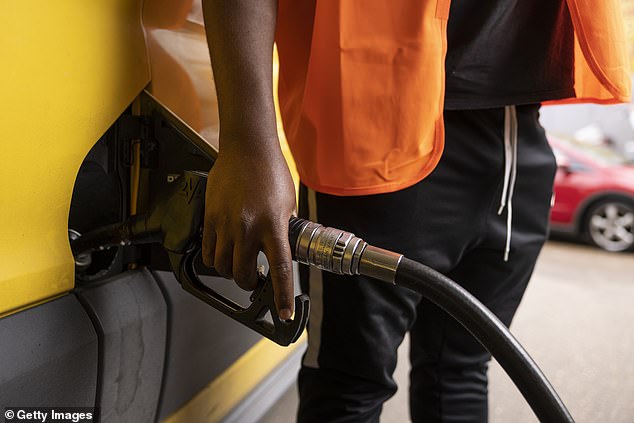 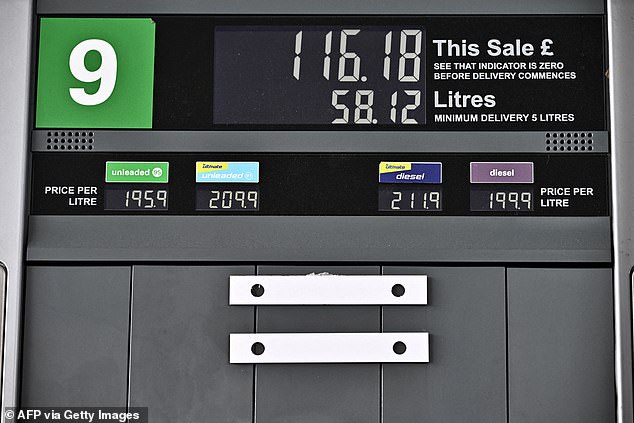 This filling station on the M25 motorway is charging 195.9p for E10 unleaded

‘It’s becoming clearer by the day that the Government must take further action to reduce the enormous financial burden on drivers.’

Mr Williams added: ‘A temporary cut in VAT on fuel, or a deeper duty cut, are surely what is needed now.’

Asked about the issue on Thursday, Prime Minister Boris Johnson said: ‘We made a cut already… the biggest cut ever in fuel duty.

‘And we are watching very closely to see what happens.’