A Catholic priest has been quarantined after being infected with the Ebola virus in the Democratic Republic of Congo.

World Health Organization has warned that the fight to stop the country’s ninth confirmed outbreak of the deadly fever has now reached a critical point. 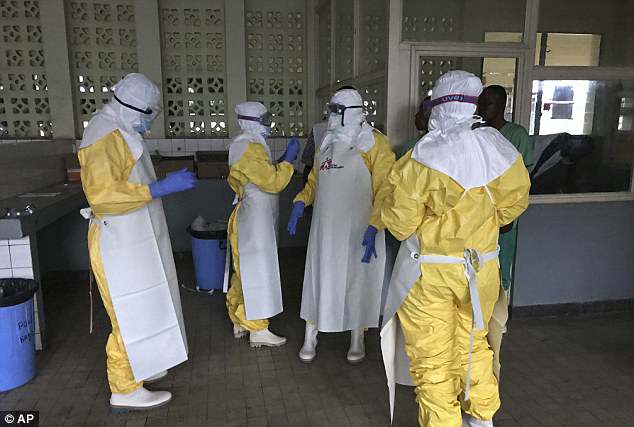 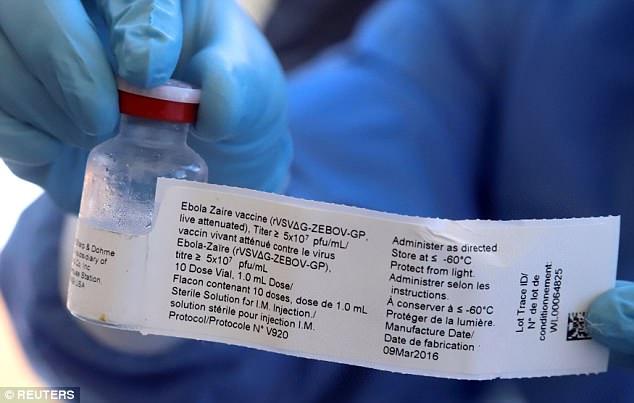 ‘We have quarantined a priest from the diocese of Mbandaka-Bikoro who tested positive’ for the Ebola virus, a medical official said.

It emerged yesterday that three Ebola patients escaped from a hospital in the Congo and were taken by their familes to pray in a church with 50 people.

The patients left the hospital holding them in quarantine in Congo city of Mbandaka, a World Health Organisation spokesperson said.

Two of the patients were found dead on Tuesday, while a third was taken back to the hospital and is now under observation. 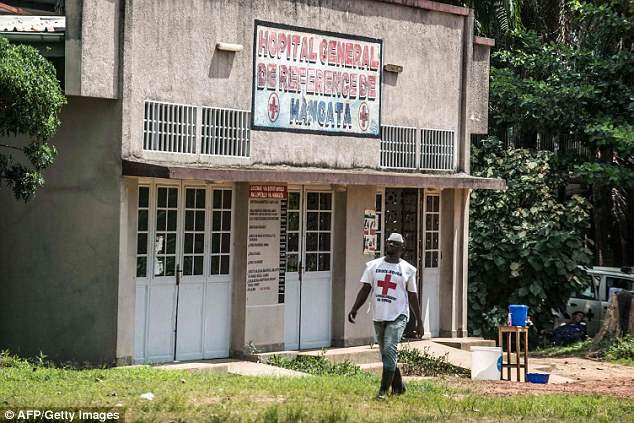 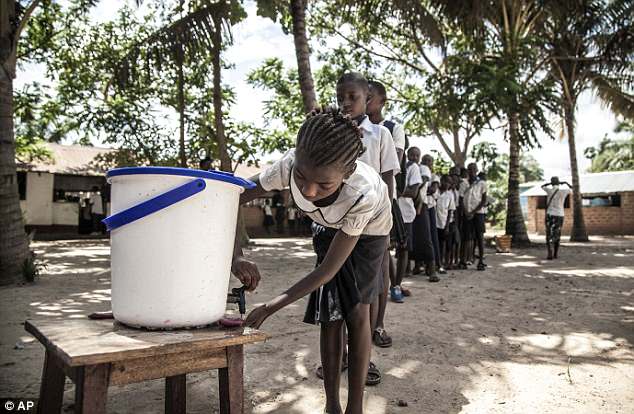 Katherine Overcamp of Catholic Relief Services said the priest contracted Ebola while ‘taking care of someone who passed away’ though it is unclear if was one of the patients who left the hospital.

She added the priest ‘responding well to treatment’, the Catholic News Service reported.

The first case in the latest outbreak was reported in Mbandaka, a provincial capital of 1.2 million and a transport hub located on the Congo River, last Thursday.

Meanwhile, UNICEF said Thursday it was committed to helping schools and children in the fight against the spread of the virus.

The charity’s DRC representative Gianfranco Rotigliano told AFP if a student becomes infected, he or she would be promptly taken care of. 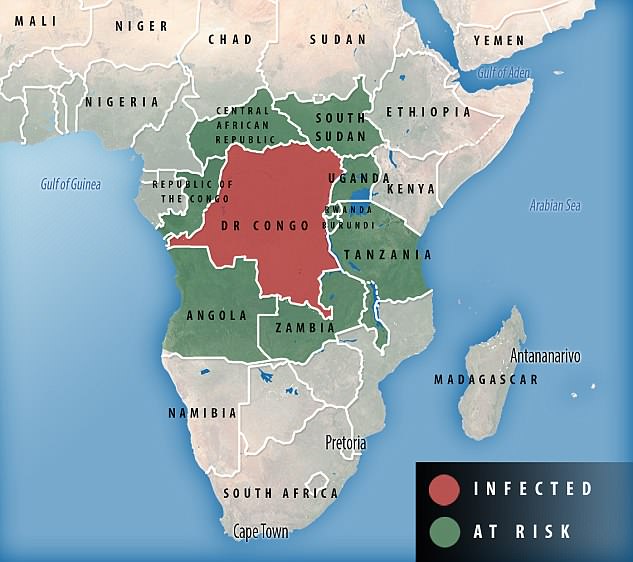 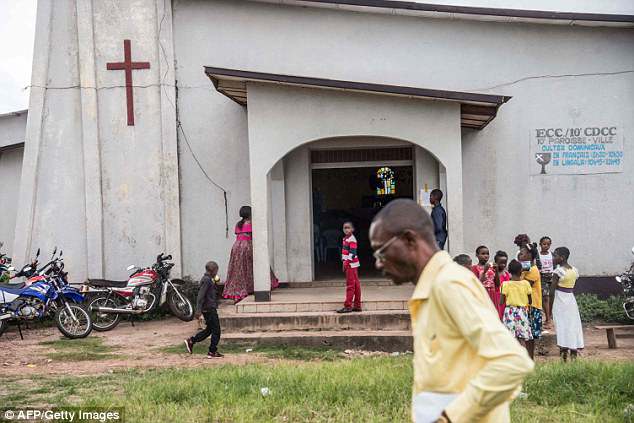 A man walks past the Church of Christ during Pentecost in Mbandaka. It has emerged a priest tending to a patient who died from Ebola has himself now become infected

Following a visit to schools in Bikoro, Rotigliano said: ‘I spoke with the schoolchildren, and they know the basic rules including washing their hands regularly, and not shaking hands.’

Ebola spreads through contact with bodily fluids and is both highly infectious and extremely lethal.

In Mbandaka, several families have installed buckets of water and soap at the entrance of the house for hand-washing,.

‘I asked my children to be careful not to shake hands with people and stop playing with their friends in games that would cause contact between them,’ Claude, a father of several children

Congo buys up all available thermometers in bid to fight disease

Congo’s fight to rein in a deadly Ebola outbreak has seen  the authorities crossing the border to buy up available thermometers, a World Health Organization official said.

Hand held thermometers are used to detect even a slight an increase in body temperature that indicates a person may have contracted the virus.

The spread of the disease to the provincial capital Mbandaka has had health officials scrambling to monitor for Ebola at busy ports in the capital, Kinshasa, which is downstream from the infected city on the Congo River. 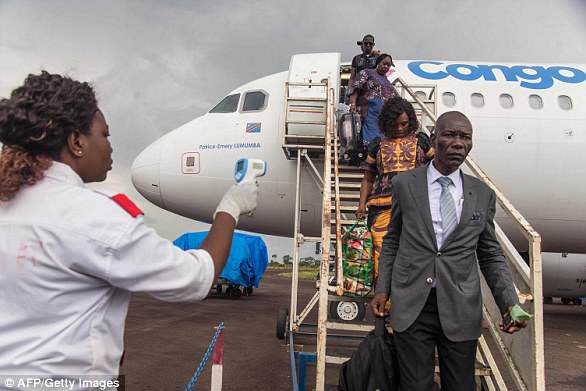 The Republic of Congo’s capital is across the river from Kinshasa, a city of 10 million.

Mbandaka is one of three health zones with confirmed Ebola cases, complicating efforts to find and monitor hundreds of people who have been in contact with those infected.

Two of the zones are rural and remote, with few roads or other infrastructure.

In Kinshasa, travelers streamed off boats at ports on the Congo River and ran a gauntlet of health officials watching for signs of infection.