Revealing letters between the Prince and disgraced Peter Ball were read to the Independent Inquiry into Child Sexual Abuse (IICSA) in London. 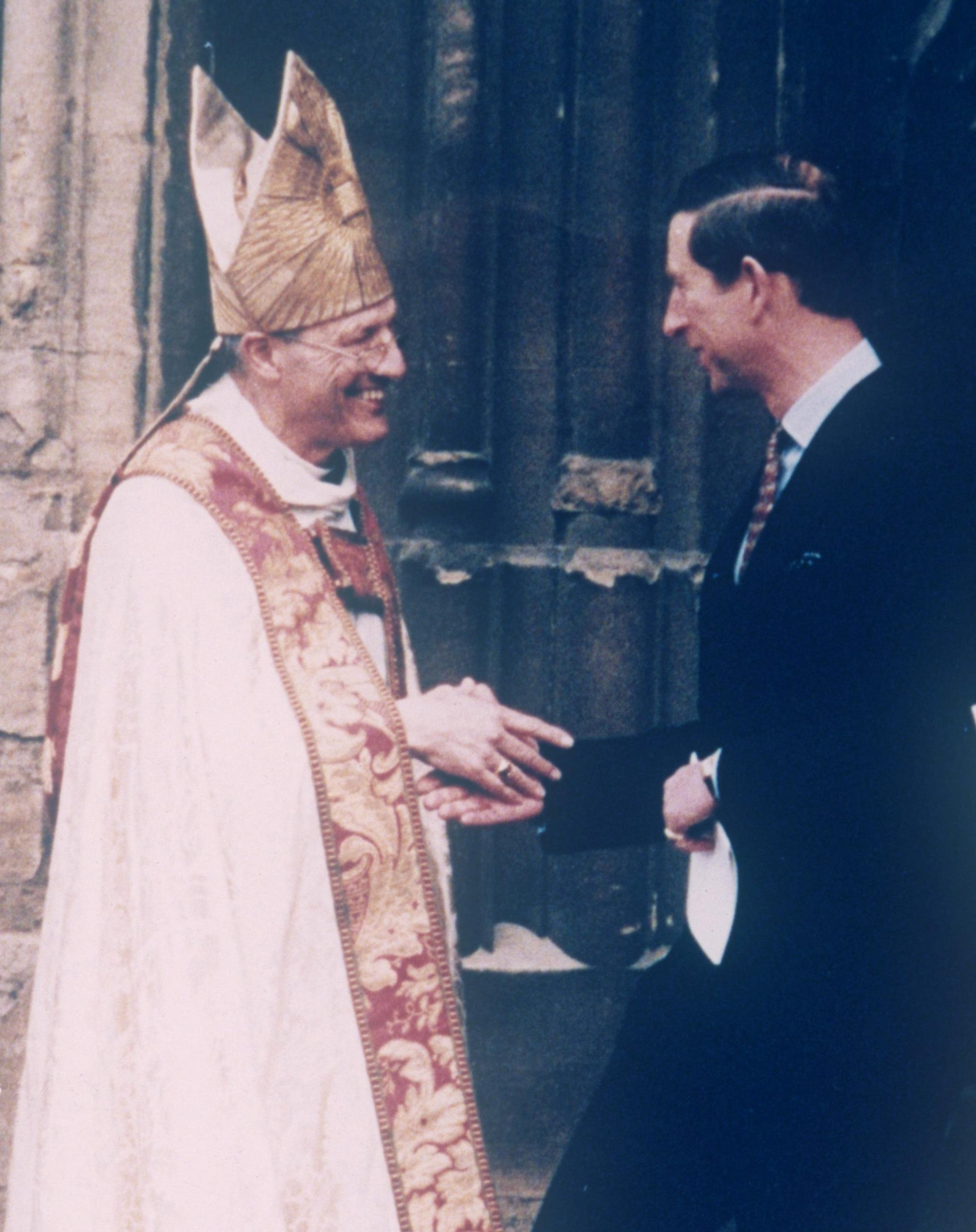 Ball moaned about his accusers to Prince Charles and was told by him: “I’ll see this horrid man off if he tries anything.”

But Charles said he did not try to influence a police probe into Ball, who he said deceived him to gain support.

Ball quit as Bishop of Gloucester after accepting a caution for gross indecency in 1993.

One accuser, trainee monk Neil Todd, said Ball made him perform sex acts and take part in naked prayers at the Order of Glorious Ascension in 1991.

No charges were brought and Mr Todd later committed suicide. 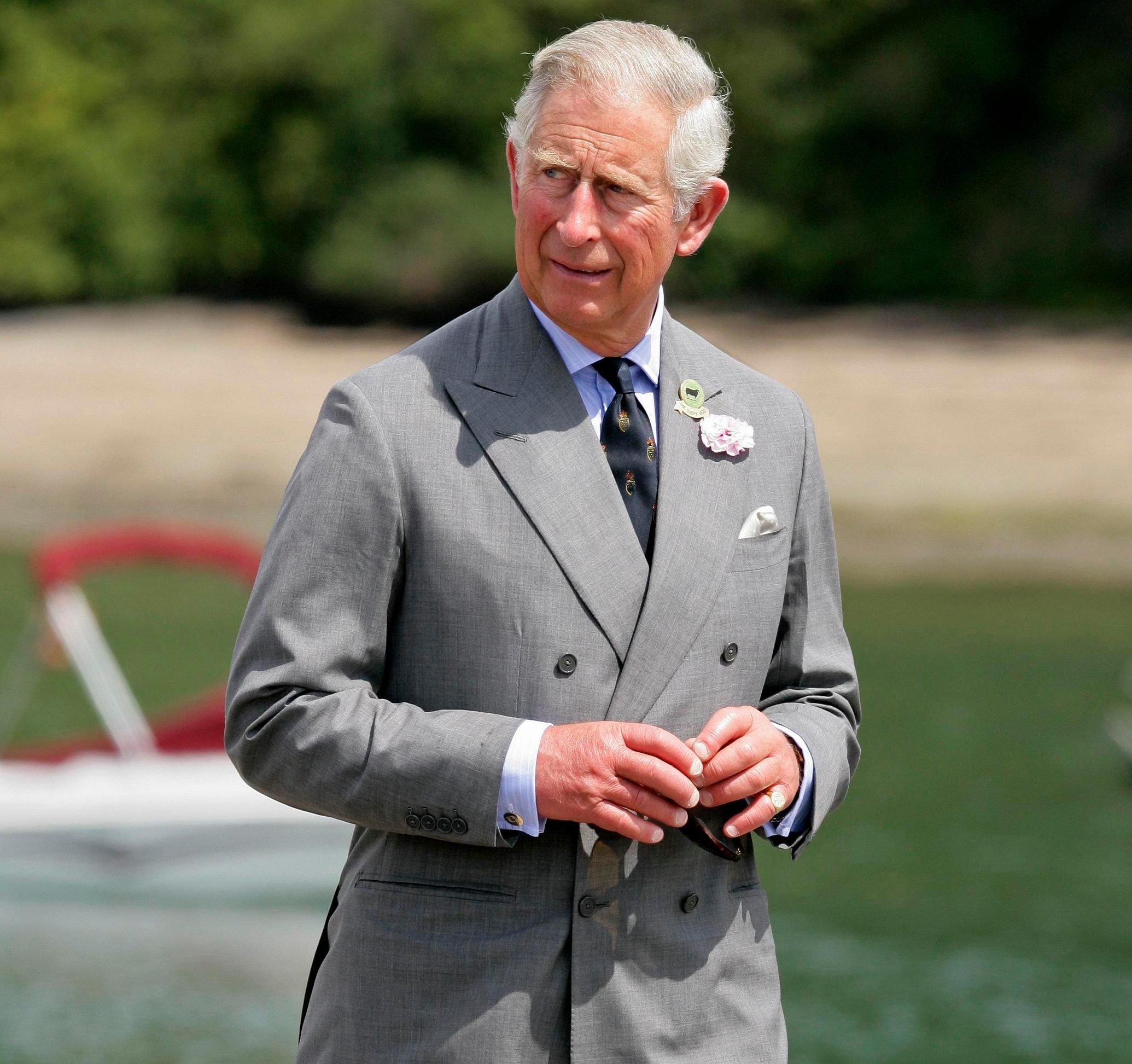 Ball was said to be a confidant of Charles as his diocesan bishop.

The Prince supported him after his 1993 resignation, only stopping contact when Ball, now 86, was convicted in 2015 of abusing 18 men over 30 years.

In a written submission read to the inquiry, the Prince said he felt “deceived” by his friend and denied trying to interfere with any police investigation.

In a 1993 letter Ball had told Charles of a “malicious campaign” against him and “harassment” by “fraudulent” accusers. 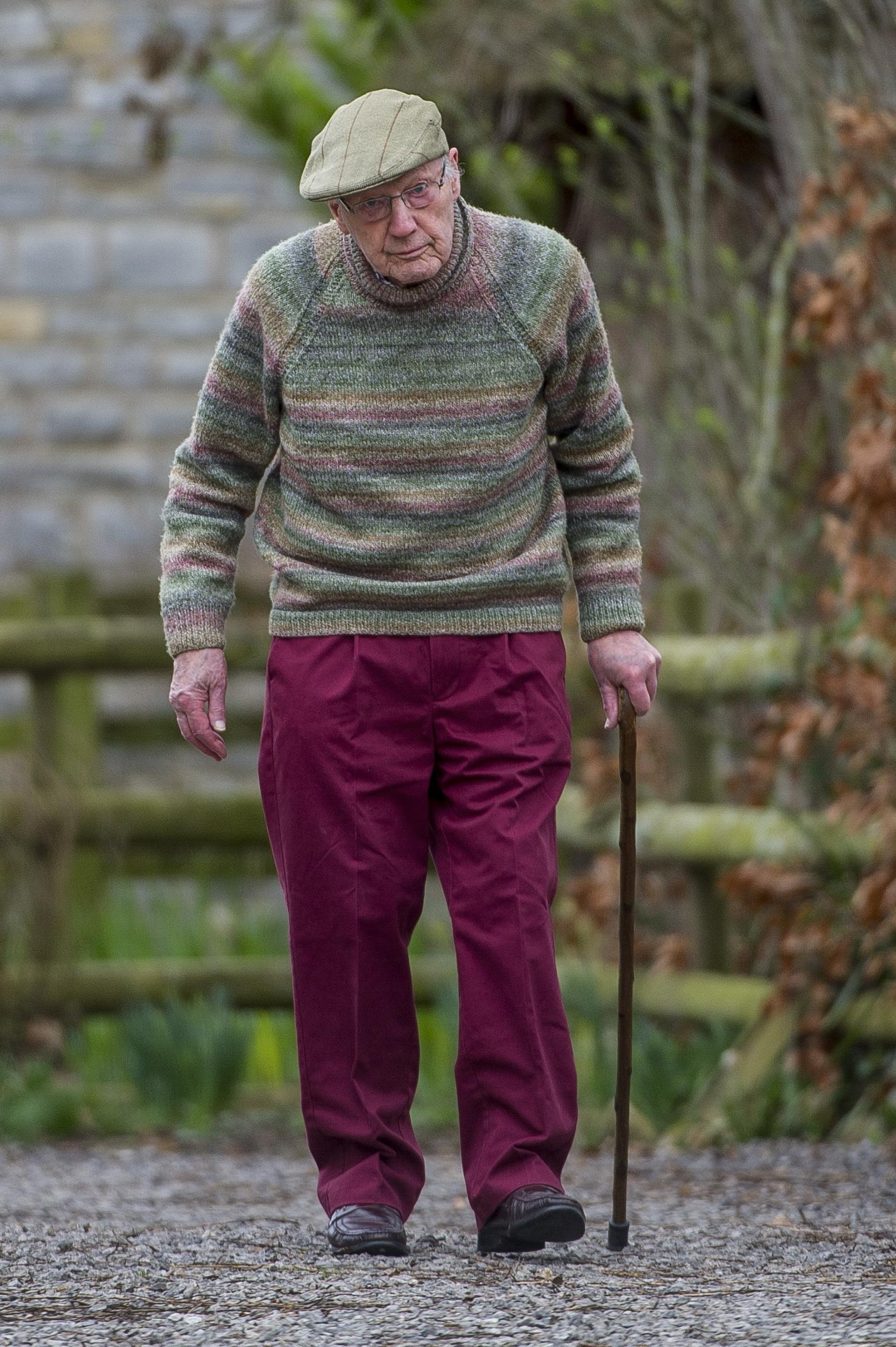 Two years later Charles wrote saying he wished he could “do more” to right the “monstrous wrongs” his pal had suffered.

And in 1997, Charles wrote: “I can’t bear it that the frightful and terrifying man is on the loose and doing his worst . . . I will see off this horrid man if he tries anything again.”

In his statement to the inquiry, Charles said he could not shed light on the identity of the “horrid man”, but believed it may have been a journalist. 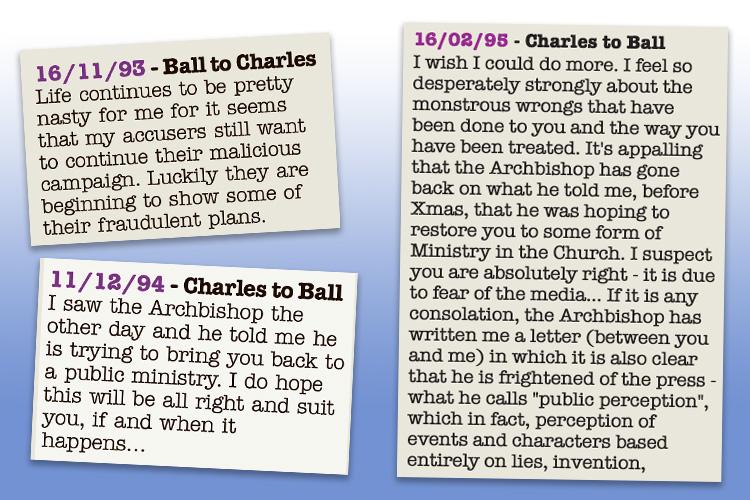 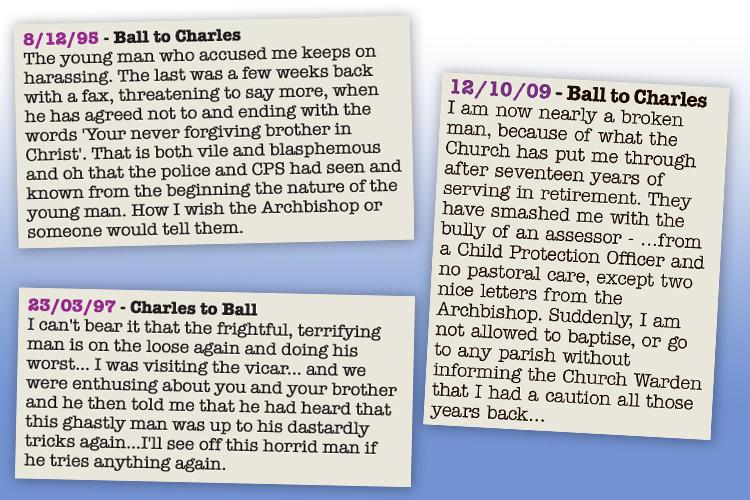 The Prince said Ball had told him his resignation as Bishop of Gloucester had been prompted by an “indiscretion”.

But the royal said: “When this exchange took place, I did not know about the nature of the complaint.”

Charles added: “In the 1980s and 1990s there was a presumption that people such as bishops could be taken at their word  . . . and were worthy of trust and confidence.” 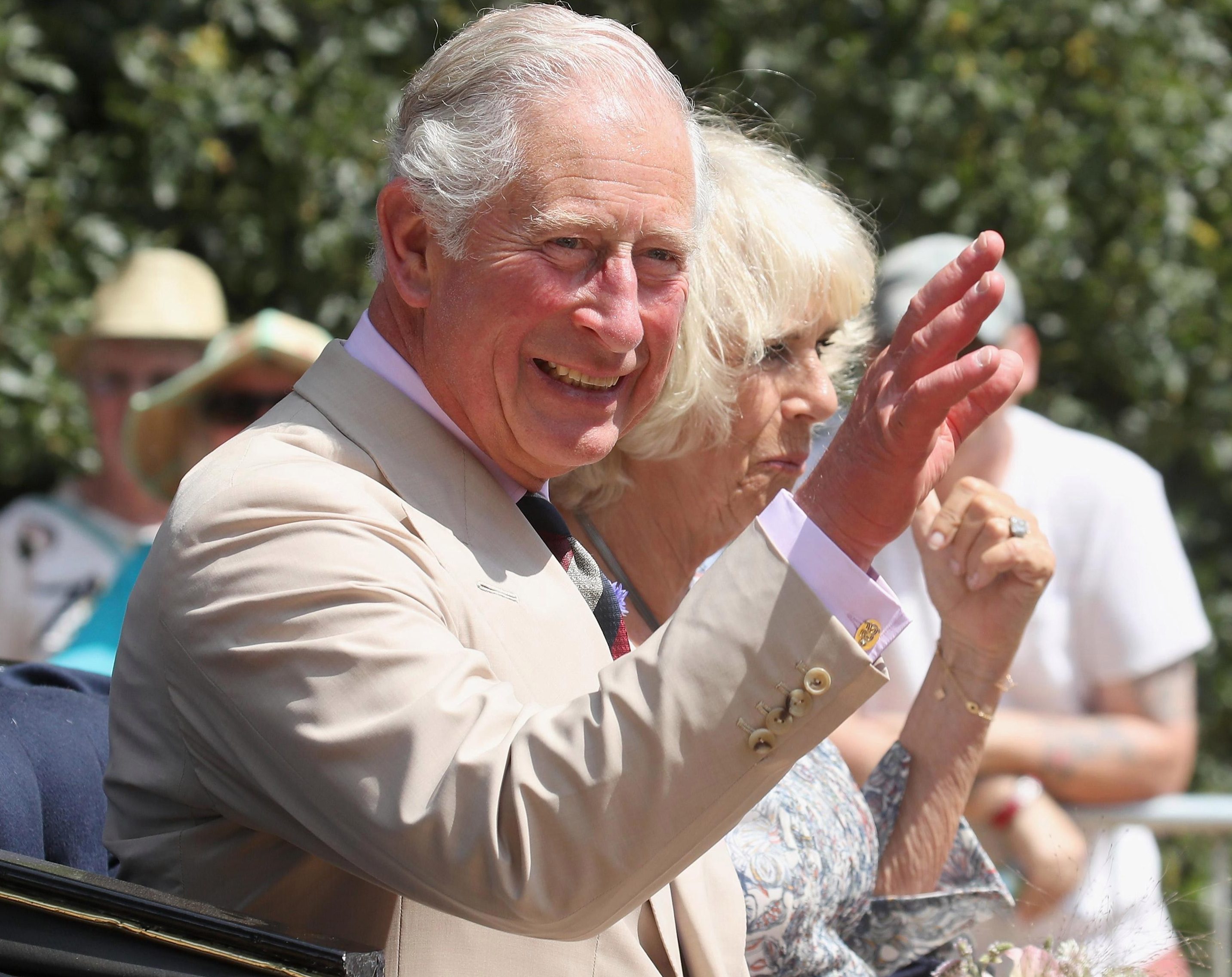 Charles also said Ball had mentioned in a 2009 letter to him the word “caution”, but added: “I was not aware until recently that a caution in fact carries an acceptance of guilt.”

And he said: “At no stage did I ever seek to influence the outcome of either of the police investigations into Peter Ball.

“My heart goes out to the ­victims of abuse and I applaud their courage as they rebuild their lives.

“It remains a source of deep regret that I was one of many who were deceived over a long period of time about the true nature of Mr Ball’s activities.”

Ball was released on licence in February last year after ­serving half of his 32-month sentence. He is too ill to give evidence in person.
The overall inquiry resumes next week.

Lawyer Richard Scorer, who represents a number of victims, said: “Charles had access to the best legal advice that money can buy and, as a man in his position, a particular responsibility to check the facts.

"It is difficult to see his failure to do so as anything other than wilful blindness.

“His evidence, together with that of Lord Carey, the then Archbishop of Canterbury, and others, will do little to dissuade survivors from the conclusion that the ­British establishment aided and protected Ball.”