Last year, it was sensationally claimed the future king had snubbed President Trump during his state visit in July.

Protests in London over the President’s visit culminated in a giant “Trump baby” blimp being hoisted into the sky.

But Donald Trump will now return, and this time is expected to meet Prince Charles for tea at Clarence House, CNN reports.

The Westminster mansion is the official residence of Prince Charles and his wife Camilla. 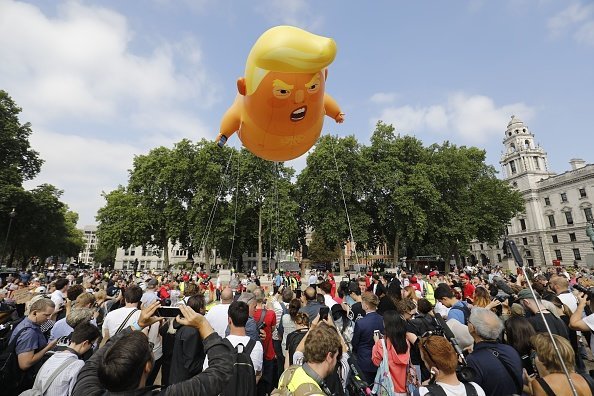 Meanwhile, President Trump is sceptical of climate change, dubbing it a “Chinese hoax” and “bulls***”.

It is not the first time the pair have met.

Their first meeting was New York during the prince’s 2005 tour to the US.

Prince Charles and Donald Trump were also both present at the funeral of George HW Bush last December.