London: Prince Harry has launched legal action against British tabloid The Mail on Sunday, saying he fears the tabloid's treatment of his wife is "history repeating itself".

The 35-year old Duke of Sussex released an extraordinary statement on Tuesday, invoking his mother Princess Diana who died in 1997 in a car crash after being chased by paparazzi, saying his wife had become the latest victim of Britain's tabloid press. 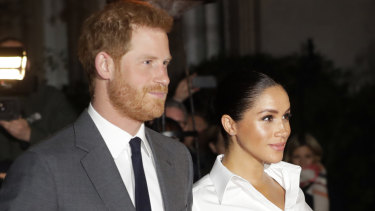 "Though this action may not be the safe one, it is the right one," Prince Harry said.

"Because my deepest fear is history repeating itself. I’ve seen what happens when someone I love is commoditised to the point that they are no longer treated or seen as a real person.

"I lost my mother and now I watch my wife falling victim to the same powerful forces." 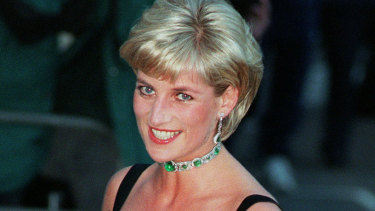 The late Diana, Princess of Wales, a month before she was killed in 1997.Credit:AP

Prince Harry's legal action has been filed under the Data Protection Act 2018 and relates to the newspaper's publication of Meghan's private letter to her father, from whom she is estranged. He said the paper's "ruthless campaign" against his wife had escalated during her pregnancy when she could not defend herself.

"The contents of a private letter were published unlawfully in an intentionally destructive manner to manipulate you, the reader, and further the divisive agenda of the media group in question," Prince Harry said.

"In addition to their unlawful publication of this private document, they purposely misled you by strategically omitting select paragraphs, specific sentences, and even singular words to mask the lies they had perpetuated for over a year."

He said while they had continued to "put on a brave face" – "I cannot begin to describe how painful it has been." 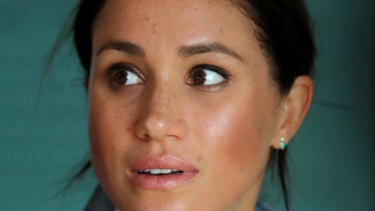 "I have been a silent witness to her private suffering for too long. To stand back and do nothing would be contrary to everything we believe in."

He said he was taking action because the digital nature of the press meant that the reports were republished across the globe in perpetuity.

"One day’s coverage is no longer tomorrow’s chip-paper," he said.

"There comes a point when the only thing to do is to stand up to this behaviour, because it destroys people and destroys lives. Put simply, it is bullying, which scares and silences people. We all know this isn’t acceptable, at any level. We won’t and can’t believe in a world where there is no accountability for this."

The Duke and Duchess of Sussex are privately funding the legal action and say any proceeds from any damages will be donated to an anti-bullying charity.