The Duke of Cambridge will meet Palestinian Authority President Mahmoud Abbas a day after Israel’s president urged him to take a ‘message of peace’ to the Arab leader.

William will sit down for talks with Mr Abbas in Ramallah, becoming the first member of the royal family to visit the Palestinian Occupied Territories at the request of the Government.

After meeting Israel’s prime minister Benjamin Netanyahu and the country’s president Reuven Rivlin yesterday, William will have the opportunity to get to know the Palestinian leader during discussions in his offices.

President Rivlin asked William to encourage the Palestinian Authority President to take the ‘first step’ with Israel to end the ‘tragedy’ between them, which has existed for more than a century.

The head of state’s comments have drawn William into the politics of the region and given the remaining days of his historic Middle East tour greater importance. 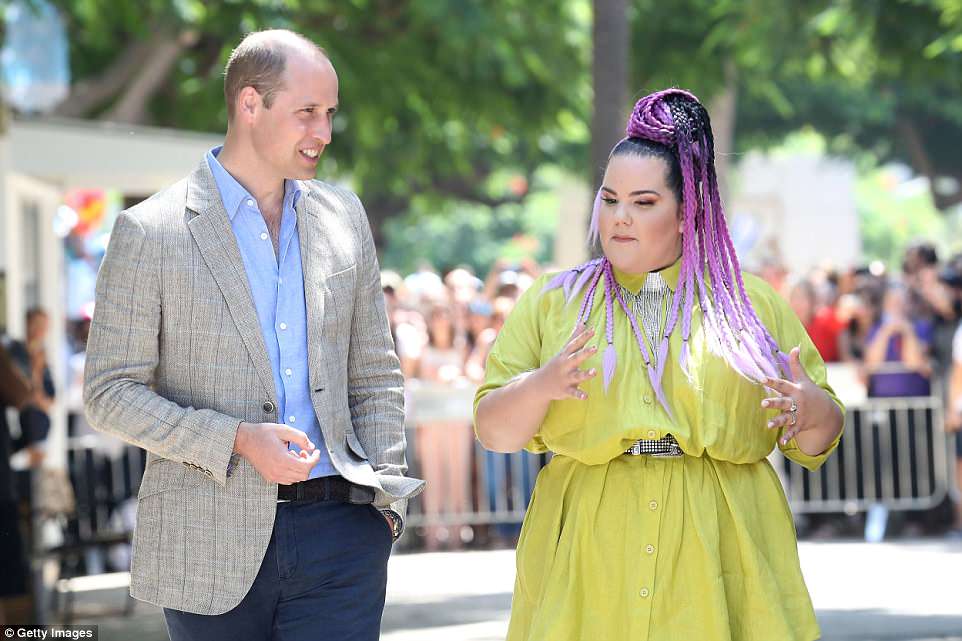 Prince William talks to Netta Barzilai, who won the 2018 Eurovision Song Contest for Israel, in Tel Aviv this morning 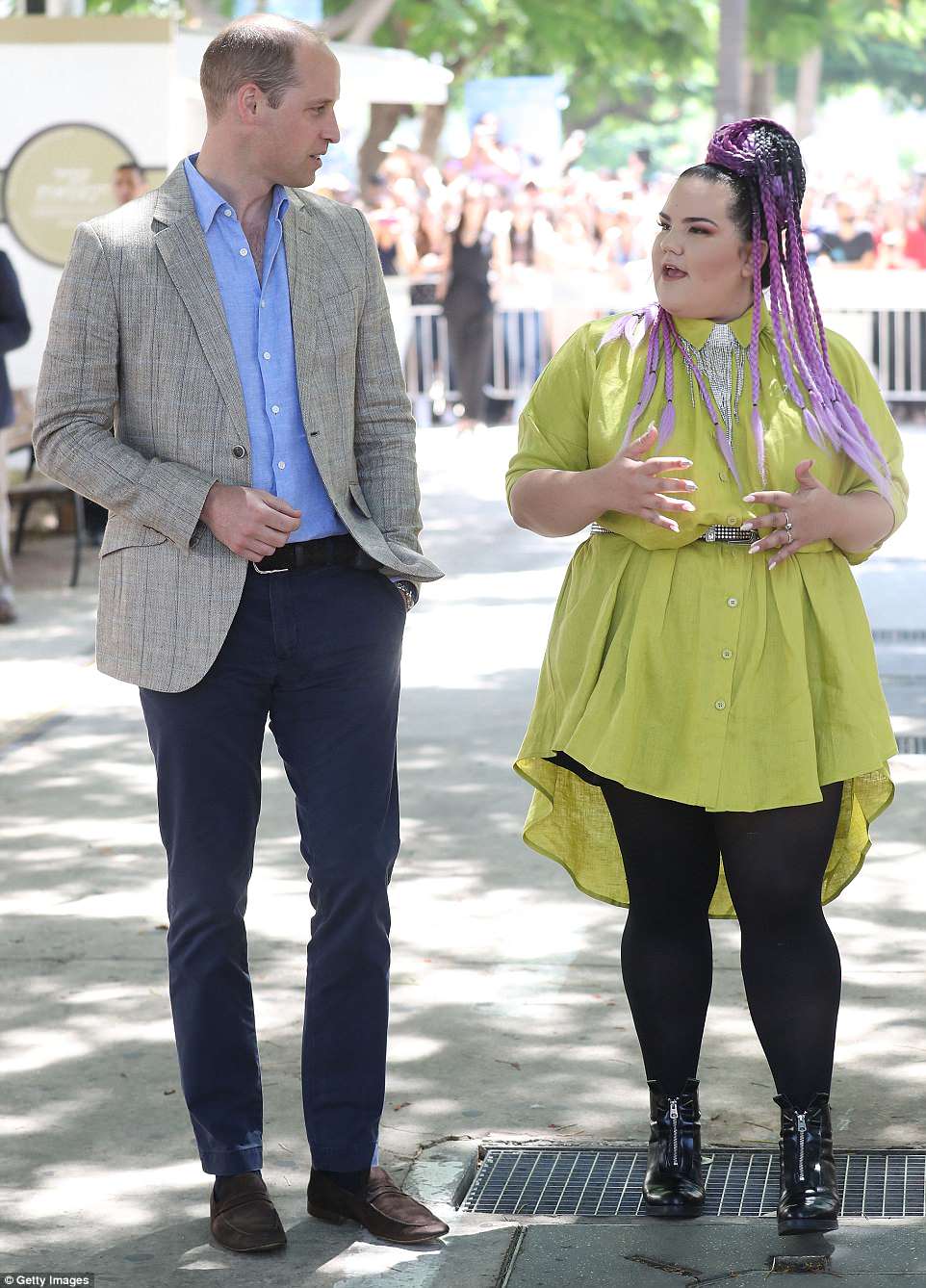 William and the singer had a gazoz, a cherry sparkling water drink, from a street vendor – a traditional Tel Aviv pastime

In a speech made yesterday, William said: ‘This region has a complicated and tragic history – in the past century the people of the Middle East have suffered great sadness and loss.

‘Never has hope and reconciliation been more needed. I know I share a desire with all of you, and with your neighbours, for a just and lasting peace.’

Commenting on the Israeli president’s request to William, Britain’s ambassador to Israel David Quarrey said: ‘I don’t think that the duke will be bringing a particular message to either side.

‘But I think he’ll be very interested in hearing from each side what they think they can do, what they think can be done more generally to move us out of the current situation and move us towards peace.

‘We’ve obviously got a very strong interest in seeing progress from where we are now but I don’t think the duke will be taking a particular political message.’

In Ramallah the duke will attend events where he will learn about issues facing refugee communities and celebrate the culture, music and food of the people.

Back in Jerusalem, at the residence of the British Consul-General, William will meet representatives from Palestinian civil society, business, culture and government and give a speech.

But this morning, Prince William began his historic day by stopping off for a drink with Israel’s cult Eurovision Song Contest winner, ‘chicken dance’ singer Netta, in the heart of bustling Tel Aviv. 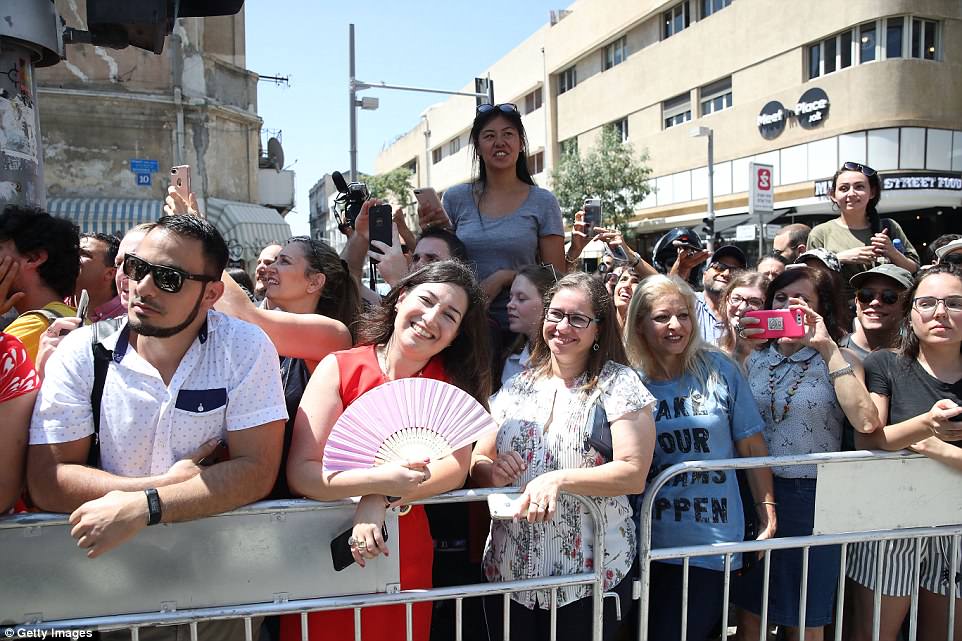 Royal fans wait for William in Tel Aviv today during his official tour of Jordan, Israel and the Occupied Palestinian Territories 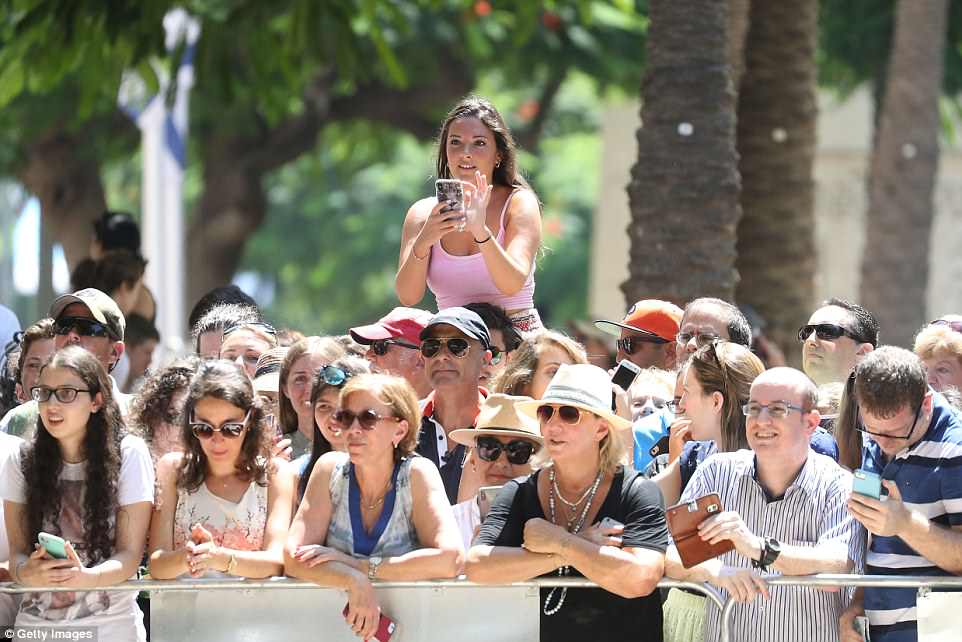 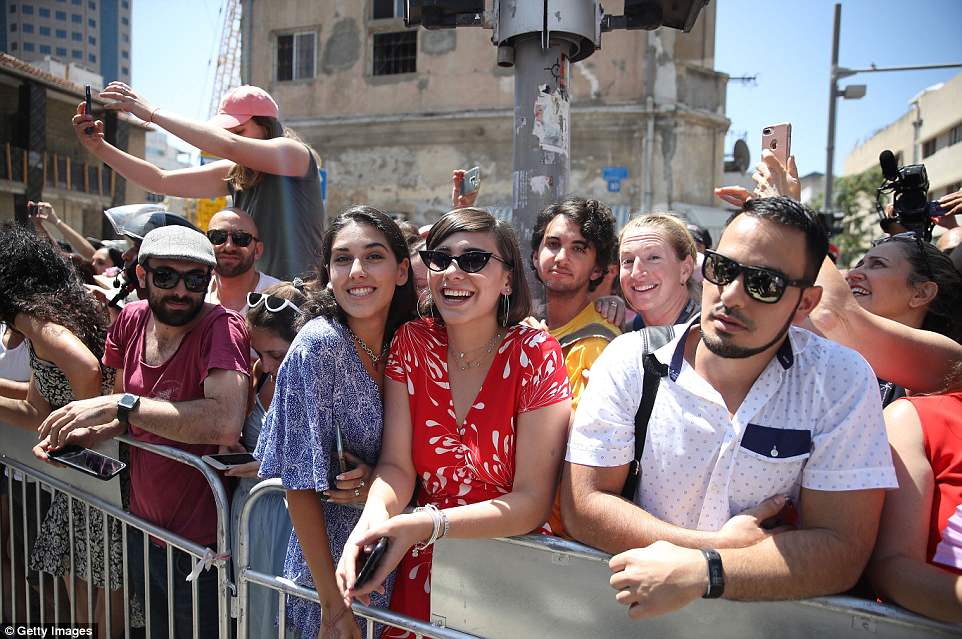 The pair met up in Rothschild Boulevard, one of the most iconic streets in Tel Aviv for a cherry ‘gazoz’, sparkling water mixed with syrup.

Located in the heart of the financial district, it is lined by designer shops and is a popular place to wander up and down to see and be seen.

The centre of the boulevard is also filled with trendy little coffee kiosks where residents love to lazily wile away their hours people watching.

One of the first streets to be built in Tel Aviv just over 100 years ago, it was originally named Rehov HaAm (the street of the people), but renamed to reflect the generosity of Baron Edmond James de Rothschild of the French Rothschild banking dynasty.

The kookily-dressed singer – today sporting a bright yellow oversized shirt and purple hair extensions piled on top of her head – greeted the prince with a handshake, without a hint of her now infamous ‘chicken dance’.

The pair strolled down the boulevard chatting before meeting up with local tour guide Jonathan Weiss who talked him through the history of the area. 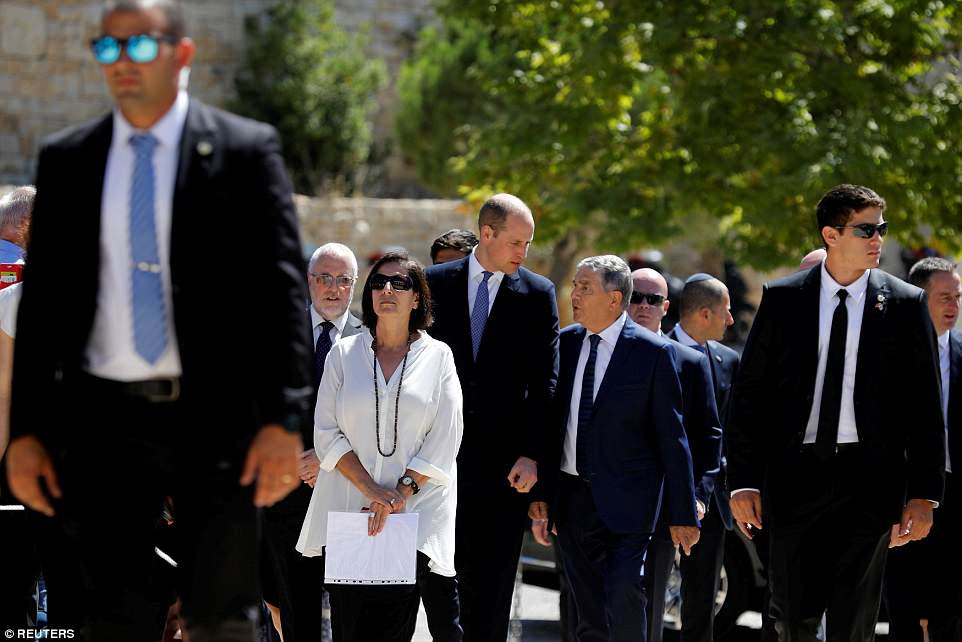 They stopped off at the whitewashed ‘espresso bar’ which was the first coffee kiosk built in Tel Aviv in 1910, just a year after the city’s creation.

They were served up gazoz in small glass bottles made by Liroy Ramzi, 32, who described them as tasting like a ‘pop soda’.

As they left, Netta handed the prince, more soberly dressed in chinos, an open-necked shirt and sports jacket with brown suede loafers, a carrier bag of goodies which he thanked her warmly for.

The prince was heard to say: ‘You want me to be a singer? I can’t sing a note. If you heard me sing you wouldn’t want that!’ Netta, 25, has become an iconic figure after she clucked her way to victory in last month’s Eurovision.

Her song ‘Toy,’ a catchy ditty affectionately known as the chicken song because of the signature vocal sounds and dance moves the singer makes, addresses women’s empowerment following the #MeToo movement.

She refused to be interviewed afterwards but did say in response to a shouted question as to whether the prince had been enjoying himself in Tel Aviv: ‘Yes, he said he was enjoying it very much.’