Strolling blissfully along a paradise island beach, Princess Beatrice and her new man could easily pass for honeymooners.

So speedily has their romance developed, in fact, that many in their circle are already hotly tipping another Royal wedding, with an engagement as early as this year.

For some months, though, Beatrice and Edoardo Mapelli Mozzi, known as Edo, have gone to great lengths to keep their relationship low-key and, until now, have never been pictured together.

The Mail on Sunday can reveal that they spent the New Year on Lamu, a tranquil island off Kenya, where Edo’s family own a coastal estate. While it afforded the perfect backdrop to begin what may yet prove a momentous year for the couple, one woman will probably look upon their love parade with a jaundiced eye: Dara Huang.

Shifting sands: Beatrice and Edo, hand in hand on the beach on Lamu, a tranquil island off Kenya, where Edo’s family own a coastal estate

The remote isle, where donkeys remain the preferred mode of transport, holds particular poignancy for the Chinese-American architect – for it was here in 2015 that Edo asked her to be his wife and where they planned to marry.

As this newspaper has disclosed, Edo was engaged to Dara for three-and-a-half years, and the couple continued to live together for some weeks after his romance with Beatrice, 30, is thought to have begun at her sister Eugenie’s wedding last October.

Modern Royal relationships are often less baggage-free than those of old, but in this case there is another complication in the form of Dara and Edo’s two-year-old son, Christopher Woolf, known as Wolfie.

Not that this has so far proved a barrier to love. Over New Year, Edo’s mother welcomed Beatrice with great warmth, as did relatives and friends.

But then his family and hers have known each other closely for years. For her part, Beatrice’s mother, the Duchess of York, is said to be thrilled at her choice of beau, with a friend noting: ‘How sweet it is that two families who have known each other for so many years can think that something permanent might come of this.’

All this rather appears to leave Dara out in the cold. She was said to be shocked by her split from 35-year-old Edo. That her former fiance should chose Lamu to romance Beatrice will doubtless add to her dismay.

Thus far Dara has maintained a dignified silence. On New Year’s Eve, perhaps signalling her intention to move on, she posted on Instagram a glamorous picture of herself in a gold mini-dress. It was followed by a post the next day which used the hashtags #openhearts #openminds and #walkingaway.

Over in Lamu, meanwhile, Beatrice was variously seen flinging her arms around Edo, animatedly talking with his mother and, at one point, dancing on a hotel bar after the clock struck midnight.

The holiday started soon after Beatrice departed the annual festivities at Sandringham, where she had noticeably been the only one of the Queen’s adult grandchildren without a spouse at her side – last year marking the weddings of both Prince Harry and her younger sister Eugenie.

Edo is believed to have arrived in Africa first, posting an Instagram photograph on Boxing Day of a small plane on a dusty rural runway, captioned: ‘Time to get lost – daydreaming and adventure.’ 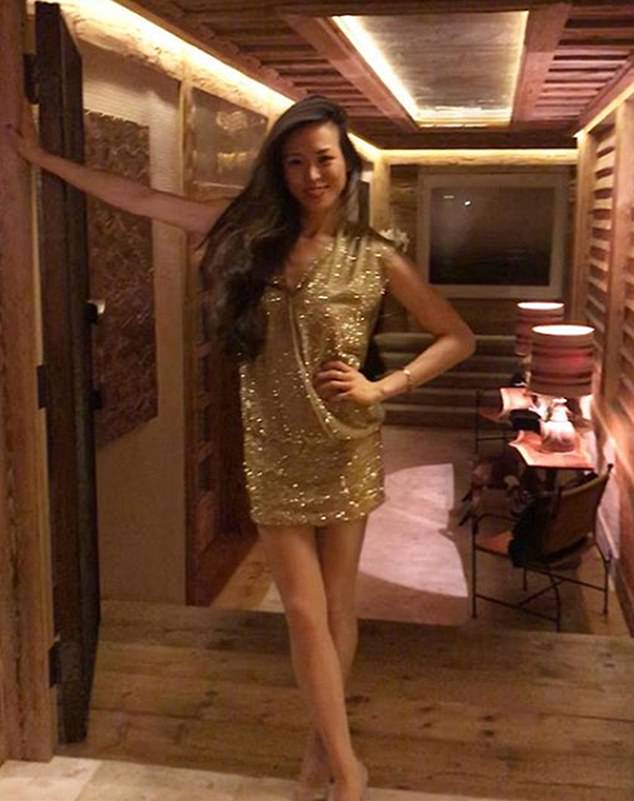 Visitors to the island must first fly to Nairobi, then take a short flight to Lamu and complete their journey by boat, landing on a beach.

It is understood Beatrice stayed at her boyfriend’s family home, built from scratch by Edo’s mother, Nikki Shales, and his late stepfather, Christopher Shales, a close associate of David Cameron.

Set on an isolated tip of the island, the house is one of just a handful in the area – outgoing Question Time host David Dimbleby owns another – and near an unspoilt beach stretching for miles.

Life passes slowly there and there is little in the way of tourist facilities, save for a single hotel called Kizingo, a small eco-resort.

Both Beatrice and her sister were stripped of taxpayer-funded personal protection officers seven years ago, but due to the remote setting, Prince Andrew is believed to have privately funded an officer to accompany them.

Despite the long journey, Beatrice appeared in good spirits on arrival and was escorted around the island by Edo.

Dressed modestly in a black swimming costume and sarong – with a trendy hat to protect her fair skin from the scorching African sun – she took Edo’s hand as they walked leisurely along the shoreline. 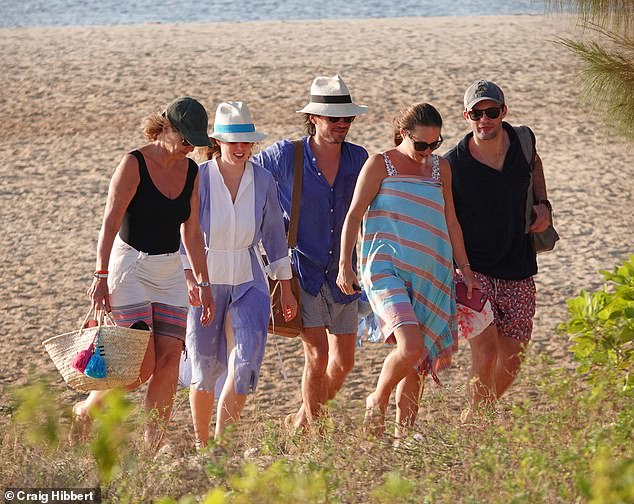 Beatrice and Edo with family members on New Year’s Day. Visitors to the island must first fly to Nairobi, then take a short flight to Lamu and complete their journey by boat, landing on a beach

On New Year’s Eve, they are understood to have spent most of the evening celebrating in his parents’ luxury villa with other house guests.

Shortly before midnight, they arrived at Kizingo – home to the only bar in the area – to join a small but raucous party.

Edo’s family, particularly his mother, are close friends with the couple who manage the hotel and Beatrice was welcomed like an old friend.

Beatrice, dressed in a blue-black print dress, her wrists adorned with glow sticks, climbed on to the bar to dance to hits from Queen and the Bee Gees with other women in her group.

Later she was seen with her arms around Edo. The following day, Beatrice, Edo and other family members travelled by boat to Shela, a bustling village filled with craft stalls, ancient Swahili architecture, jasmine flowers and the smell of fish roasting on barbecue grills.

It is also home to Peponi’s – the island’s trendiest hotel, and a favourite jaunt for high-society Brits. A high-profile boat race takes place every New Year’s Day from the beach there and is considered a highlight for both tourists and locals alike. Beatrice and her group enjoyed the spectacle. 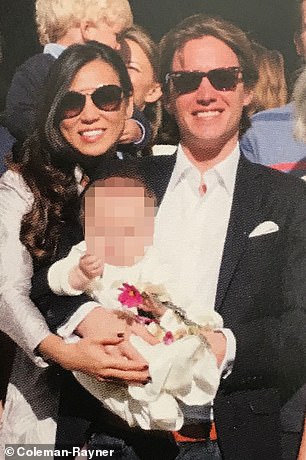 Dara, meanwhile, spent Christmas with her family in America before flying on to Germany for the New Year. She moved out of the family home in London only at the end of October. Reports claimed that she had been forced to sleep on friends’ sofas – something a friend dismissed as ‘totally false’. Asked if Edo had cheated on his fiancee, the friend said: ‘The timing pretty much says it all.’

Edo is considered by many to be quite a catch. His father, the first husband of his mother Nikki, is Count Alessandro Mapelli Mozzi. He founded the property consultancy firm Banda in 2007 and serves as its CEO to this day.

The company specialises in finding and developing homes for wealthy clients and, according to reports, Edo is a multi-millionaire.

Dara’s mother was born in China, while her father left Taiwan for the US and worked as a scientist for Nasa. Dara and her younger sister Erin were both born in the US.

She attended Harvard at the same time as Facebook founder Mark Zuckerberg, graduating with a Masters degree in architecture.

She worked for British architect Lord Foster in London, helping to design the award-winning Tate Modern extension, before starting her own company, Design Haus Liberty, in 2013. It now has offices in London and Hong Kong.

In November, Dara’s mother Lily claimed her daughter initially left their young son in Edo’s London flat along with the family nanny. She said Dara came back early from her work to see Wolfie and give him a bath before he went to bed, adding: ‘It’s a terrible situation. I love Edo. I love his family. This has broken me to bits.’

Friends of Beatrice have insisted that she would never break up a family, ‘especially if there was a small child involved’.

In other pictures posted at the end of 2018, Dara shared a photograph of Wolfie. Captioned ‘Love, laugh, share, forgive’, it was widely interpreted to mean she held no grudges about Edo beginning a new relationship.

But having taken his girlfriend of just a few weeks to the very place he asked her to be his wife, Dara may well be reconsidering her generosity.