Princess Beatrice put on a brave face as she attended a Christmas carol concert with her fiance Edoardo Mapelli Mozzi amid her father’s ongoing royal scandal.

The couple were seen smiling as they stepped out in London last night for the Fayre of St James Christmas Carol Concert at St James’s Church.

Earlier on Tuesday the couple visited Beatrice’s father after he stepped down from public duties over his links to convicted US paedophile Jeffrey Epstein.

Beatrice, 31, is believed to have sat in on talks on about Andrew’s car crash Newsnight interview – repeatedly advising him against it.

The princess was reported to have been ‘in tears’ every day since the Duke of York’s shambolic display during his showdown with the BBC’s Emily Maitlis. 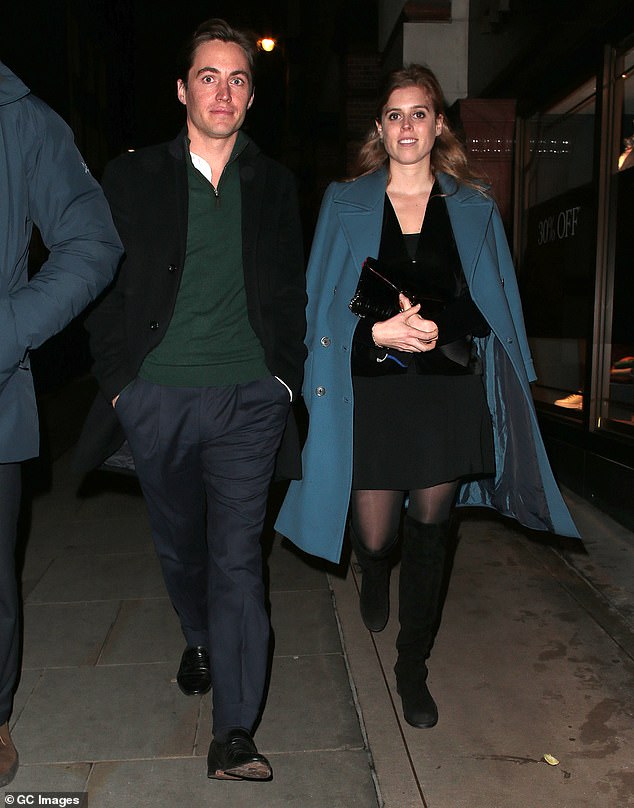 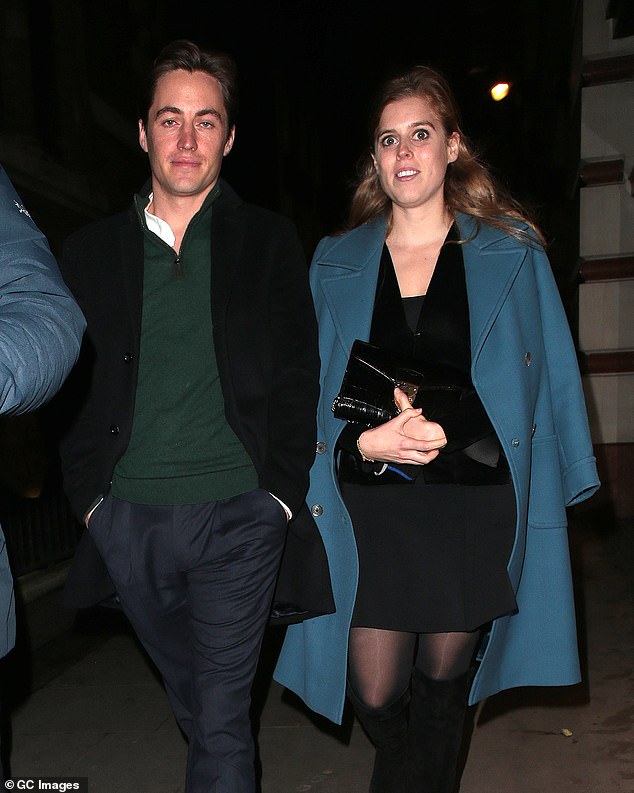 Yesterday Andrew, 59, was absent from the funeral of financier Tim Hoare, despite Beatrice and her mother Sarah, Duchess of York, going.

Beatrice’s fiance, 36, was not at the service either, but was sure to put on a united front for the family on Tuesday evening.

Prince Charles is expected to hold talks with his younger brother in London this week after his return to Britain this morning following his tour of the South Pacific.

Charles and Andrew will have a showdown at Clarence House after the Duke of York’s disastrous interview about his friendship with paedophile Jeffrey Epstein. 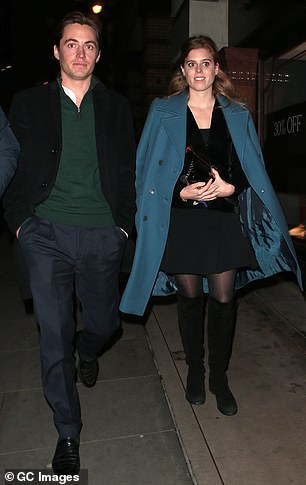 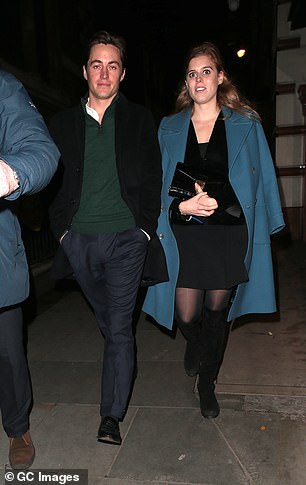 Beatrice, 31, was pictured smiling as she walked side-by-side with her fiance Edoardo, 36 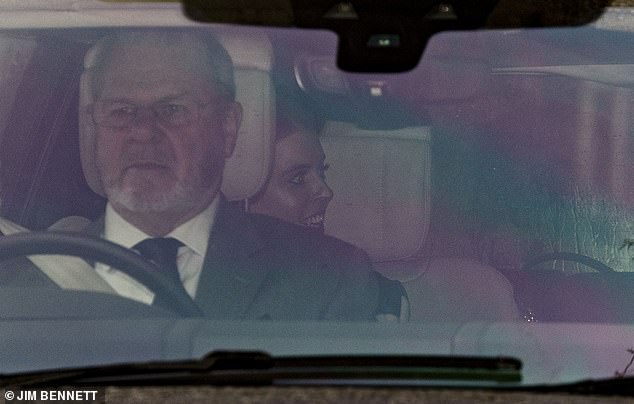 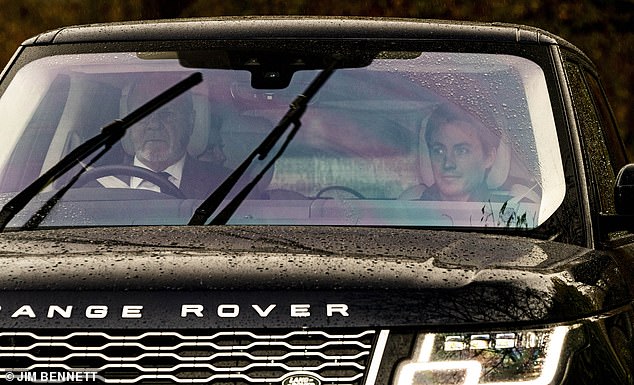 Her fiance Edoardo Mapelli Mozzi rode in the front of the royal Range Rover, driven by the princess’ security on Tuesday afternoon