The Home Secretary said it would be ‘naive’ to think that only men can be a threat as she dismissed calls for security checks to be ditched on people fleeing Putin’s war.

Speaking at Tory spring conference in Blackpool, Ms Patel hailed the generosity of the British public in offering to house refugees and stressed that the government was doing everything it could to help.

But she batted away criticism that visa checks are still being required, amid comparisons with higher numbers being taken in European countries. The Home Office has revealed that 8,600 visas have been granted under the family scheme by the end of the week. 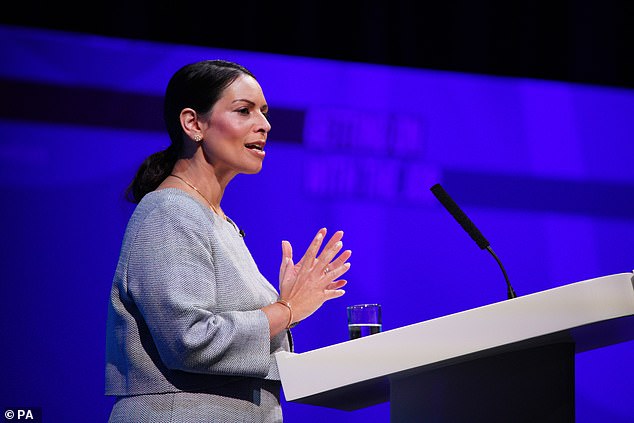 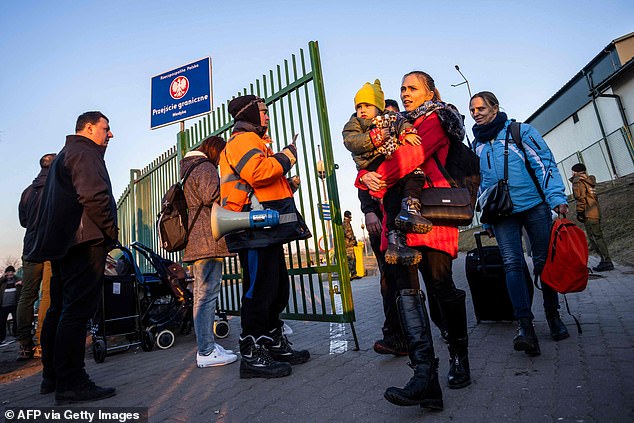 A file picture of refugees seen at the Medyka Poland-Ukrainian border crossing yesterday. There is no suggestion they are not genuine

Ms Patel said even in times of conflict the government needed to remain ‘watchful’. ‘There are very good reasons as to why Ukrainian refugees must come here safely and legally,’ she said.

‘I know from the briefings I receive from the intelligence and security services that instability around the world brings with it greater threats.

‘I sign daily warrants from our security and intelligence agencies relating to extreme danger this country faces from all kinds of terrorism, Serious Organised Crime and state threats.

‘Only four years ago, the Russian military intelligence services used a chemical weapon on British soil. It happened in Salisbury, a beautiful city whose inhabitants would have felt completely safe.

‘Dawn Sturgess could never have imagined that she would lose her life to Novichok. 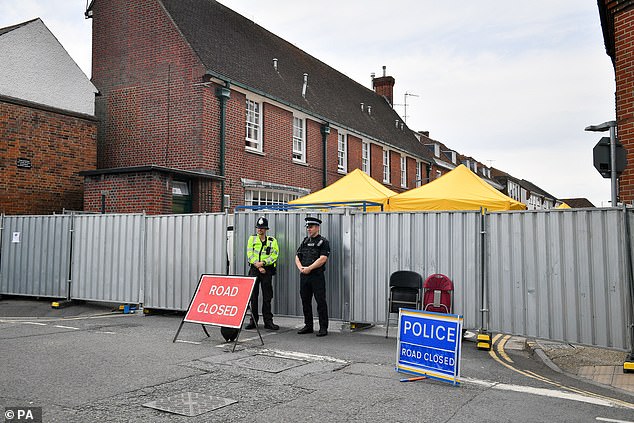 ‘The truth is that a very small number of people can wreck utter havoc, and Russia has a history of covert hostile activity.

And I’m afraid it is naive and misguided to think that only men can be covert operatives, or that refugee flows would not be subject to some form of exploitation.

‘There are those who would come to our country, to this country, who would mean us harm and who plot to strike at our very way of life.

‘The processes that we have put in place closely follow the advice of our intelligence and security services. They mean we can help Ukrainians in need, without making our country less safe. State threats and terrorism take many forms.’