Private jet from Texas crashes in Honduras, all passengers survive

Mexico City: A private jet travelling from Austin, Texas, crashed off the end of the runway of the Honduran capital's international airport and broke in half Tuesday, but the crew and passengers were rescued and reportedly out of danger. 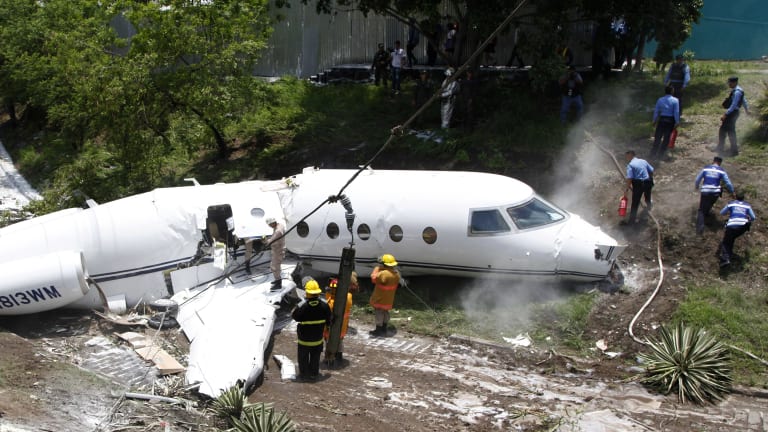 The FlightAware website said the flight originated in the Texas capital Tuesday morning, and that was later confirmed by the Honduran Civil Aviation Agency.

Federal Aviation Administration records show the plane registered to TVPX Aircraft Solutions in North Salt Lake, Utah. A person who answered the phone at TVPX and identified himself as Mike said he had no information to share and hung up.

Honduras' emergency management agency said on Twitter that first responders rescued passengers and crew. It did not provide the number of those aboard, but said all were alive.

Honduran firefighters posted photos of the crash and said there were nine people injured, but military police spokesman Mario Rivera said there were six aboard. The discrepancy was not immediately clarified. 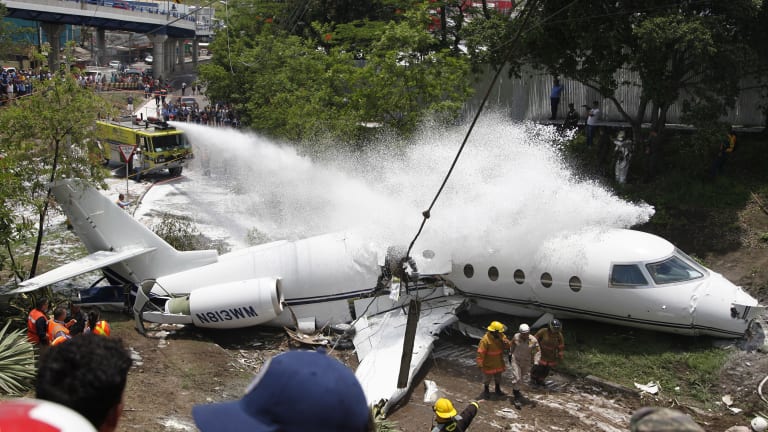 A fire truck sprays with foam the jet that appears broken in half near the center.

President Juan Orlando Hernandez confirmed via Twitter that the injured were stable.

The aviation agency said in a statement that the crash took place at 11:15am local time It added that everyone aboard was taken for medical attention and said airport operations were temporarily shut down while authorities checked to ensure conditions were safe. Operations resumed at 3:15pm local time.

In 2008, a plane of the former airline TACA crashed in nearly the same spot. Five people died in that crash.

Tegucigalpa's airport has long been notorious as one of the more difficult approaches in the hemisphere, surrounded by mountaintops and residential neighbourhoods. The airport's runway is about 2012 metres long, according to the airport's website.

Authorities asked drivers to avoid the area and said about 50,000 people in the surrounding neighbourhood lost power because the plane took down power lines.