Women furious over pension inequality cut off the end of Philip Hammond’s budget speech today with a noisy protest from the Commons public gallery.

Around 80 members of the Women Against State Pension Inequality (Waspi) group waved purple banners and chanted in protest at the Government’s decision to raise the state pension age from 60 to 66.

Their banners, in the group’s signature purple, read: ‘The Great Pension Robbery’, while others were just branded ‘Waspi’.

The protesters were quickly escorted out by security, but were met with a standing ovation by Labour and SNP MPs. 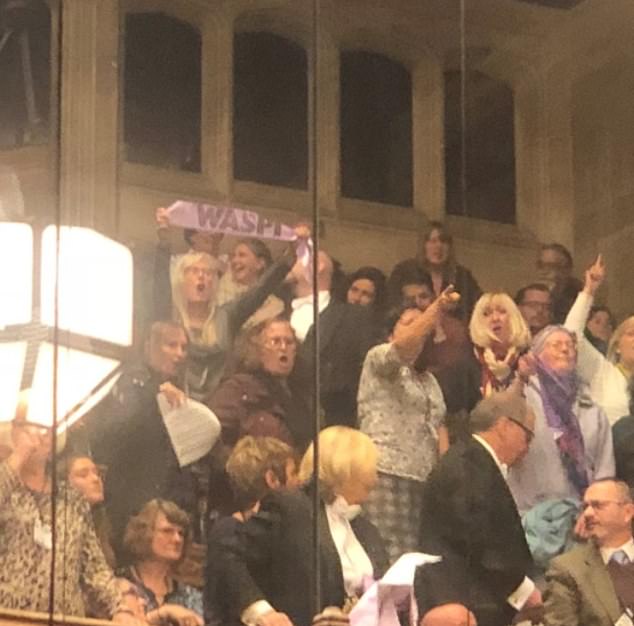 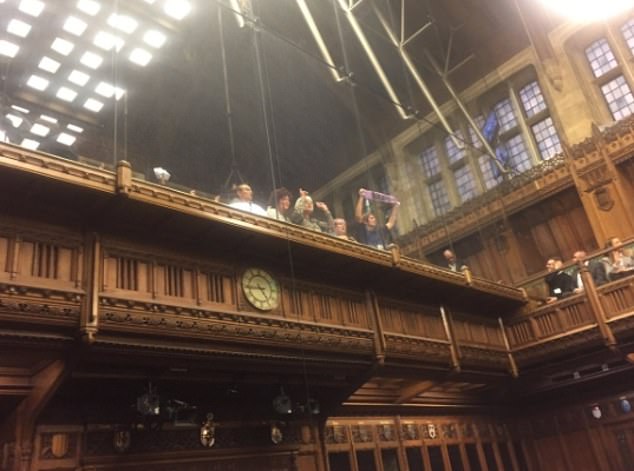 The campaigners’ banners were in the group’s signature purple and read: ‘The Great Pension Robbery’, while others were just branded ‘Waspi’ 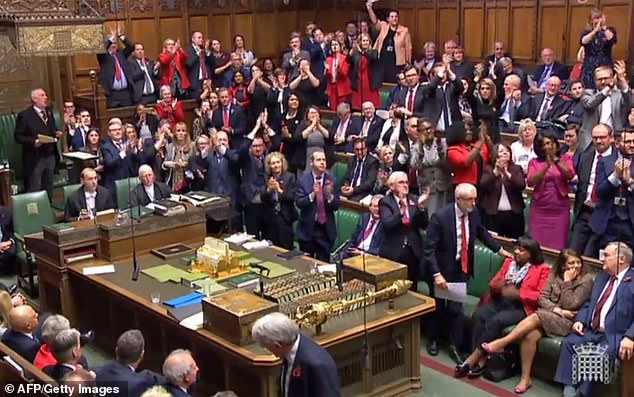 Waspi’s aim is to get rid of the six year difference in pension age for some 3.9million women.

There was no mention of pension inequality in Mr Hammond’s speech, which opposition leader Jeremy Corbyn slammed.

Opposition MPs took to social media after Mr Corbyn’s speech to praise the actions of the pension protesters.

Labour MP for Bury James Frith tweeted: ‘All power to you #WASPI women. Nothing from this impotent Budget from this limping government. Demonstrating in the public gallery at the conclusion of the #Budget2018.’ 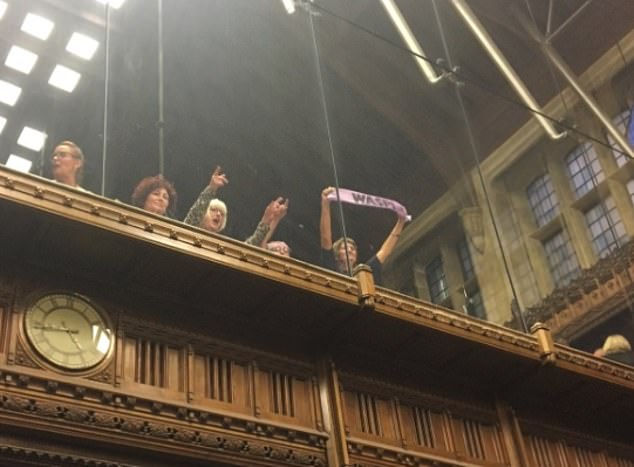 The protesters (pictured) were quickly escorted out by security, but were met with a standing ovation by Labour and SNP MPs

‘It’s a total disgrace the Chancellor has nothing to offer them. @theSNP will continue to put your case forward @WASPI_Campaign #Budget2018 #WASPI.’

Anne Keen, a co-founder of the group, said afterwards that the Chancellor’s decision not to provide relief was ‘an insult’.

She said: ‘He can give money for toilets but not to hardworking women. It’s an insult, it’s so disrespectful.

‘He was going on about rewarding hardworking people, we’ve worked since we were 15 – 45 years.

‘We only want what we’re entitled to. We’re angry, we’ve been betrayed and we’re not going to go away until this is resolved, we will not be silenced.

‘Our mantra from now on is deeds not words. We want action from the Government on this.’ 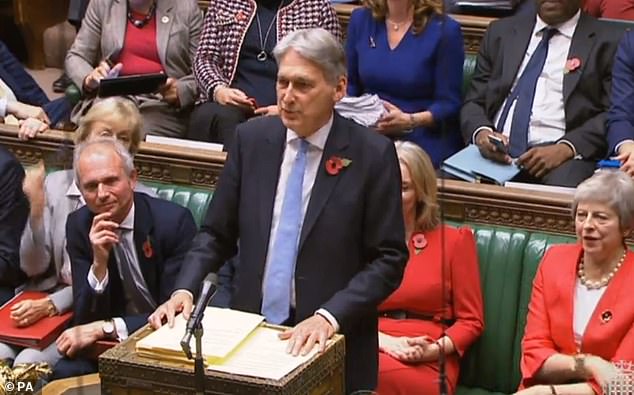 Cheryl Sloan, a regional organiser of the group, said: ‘We waited to see if he was going to mention anything about pensions and he didn’t. It’s the same old same old, they’re totally ignoring us.

‘We were banging on the window shouting ‘shame on you’. We had many more banners and posters to wave but we were frisked on the way in.

‘Politicians need to realise that we are not going to go away, we will keep making our voice heard.

The campaign group was set up in 2015 on behalf of millions of women, born in the 1950s, who since 1995 have twice seen the start date for their state pensions pushed back. 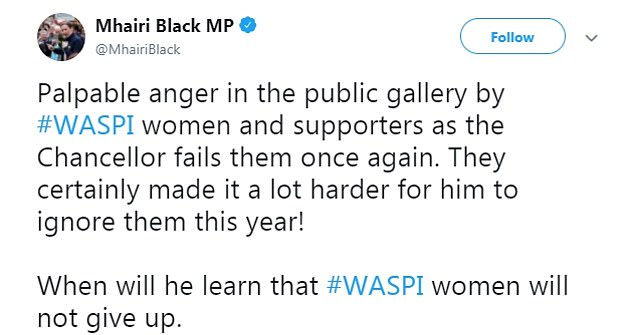