A lucky punter left a pub £100 richer after being handed a rare one pound coin in his change after buying a pint.

Aaron Coulson was given the all-silver coin by a barman in the Bottle of Sack pub in Sutton Coldfield, Birmingham.

The 27-year-old gardener was struck by the unique colour of the money and asked if anyone knew what it was. 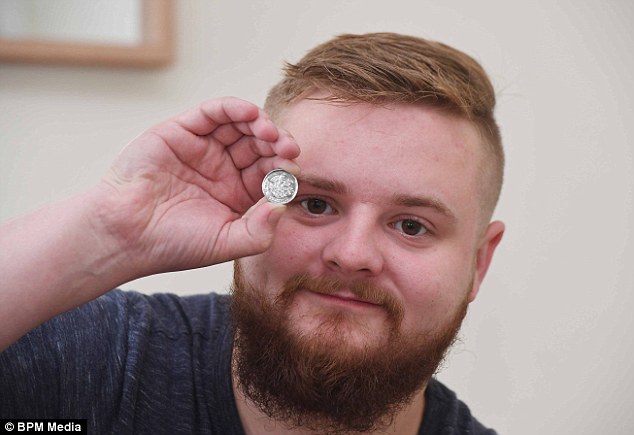 Aaron Coulson was handed an all-silver, rare pound coin in his change after buying a pint

In a lucky coincidence, a coin collector was in the pub at the time and immediately offered him £100 in cash for it.

But Aaron refused the offer and is now trying to find out more about the coin.

Mr Coulson, from Great Barr, Birmingham, said: ‘I bought my pint and as the barman was giving me the change he noticed there was something different about one of the £1 coins. 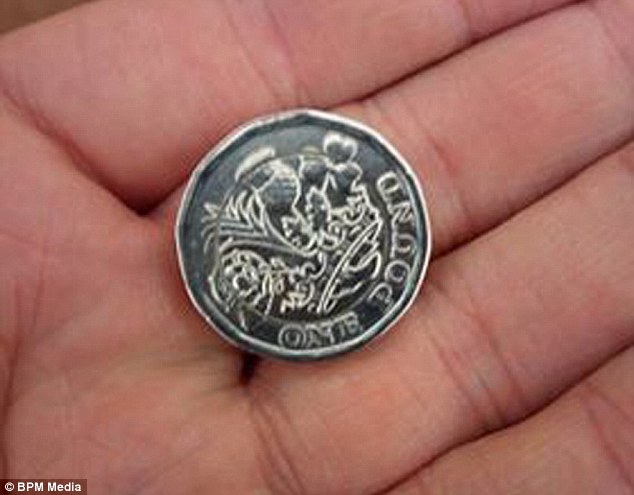 The 27-year-old was given the money by a barman in the Bottle of Sack pub in Sutton Coldfield, Birmingham

‘We looked at it and realised it was all silver – I’d never seen one like that before.

‘A man who was in the pub who claimed he was a coin collector offered me £50 for it.

‘I said no, but then he upped his offer and said he’d give me £100 and actually got out the cash.

‘I figured that if he was prepared to pay £100 for it straight away, it must be worth more than that.’ 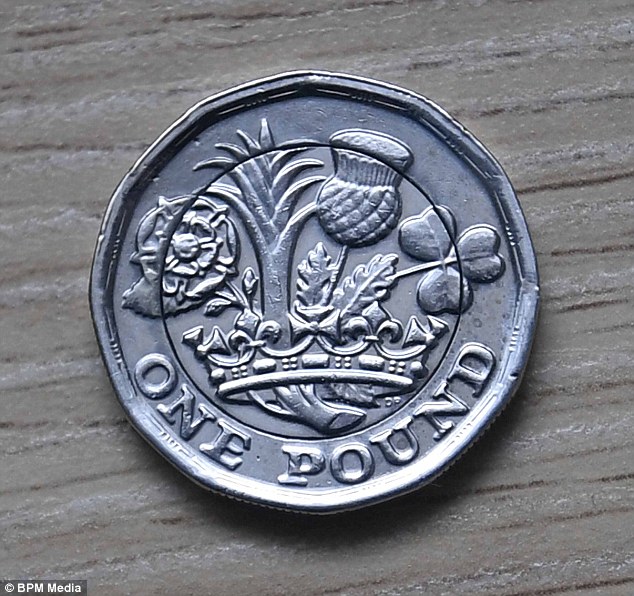 An expert at coin dealer Chards said if genuine, the coin was ‘extremely valuable’.

She said: ‘The pound coins which are all silver have been struck from the incorrect blank and are extremely rare.

‘As to how much it’s worth – that’s entirely dependent on how much someone is prepared to pay for it.

‘I would suggest the first thing the man should do is take it to the Royal Mint to get it authenticated.

‘If it is genuine, he should put it on eBay – saying it has been authenticated by the Royal Mint – and see how high the bidding goes.’