Millionaire couple Mark and Sharon Beresford took around £500,000 that was spent on “promotion costs” AND kept their luxury riverfront home near Ringwood in Hampshire – sparking fury from ticket holders. 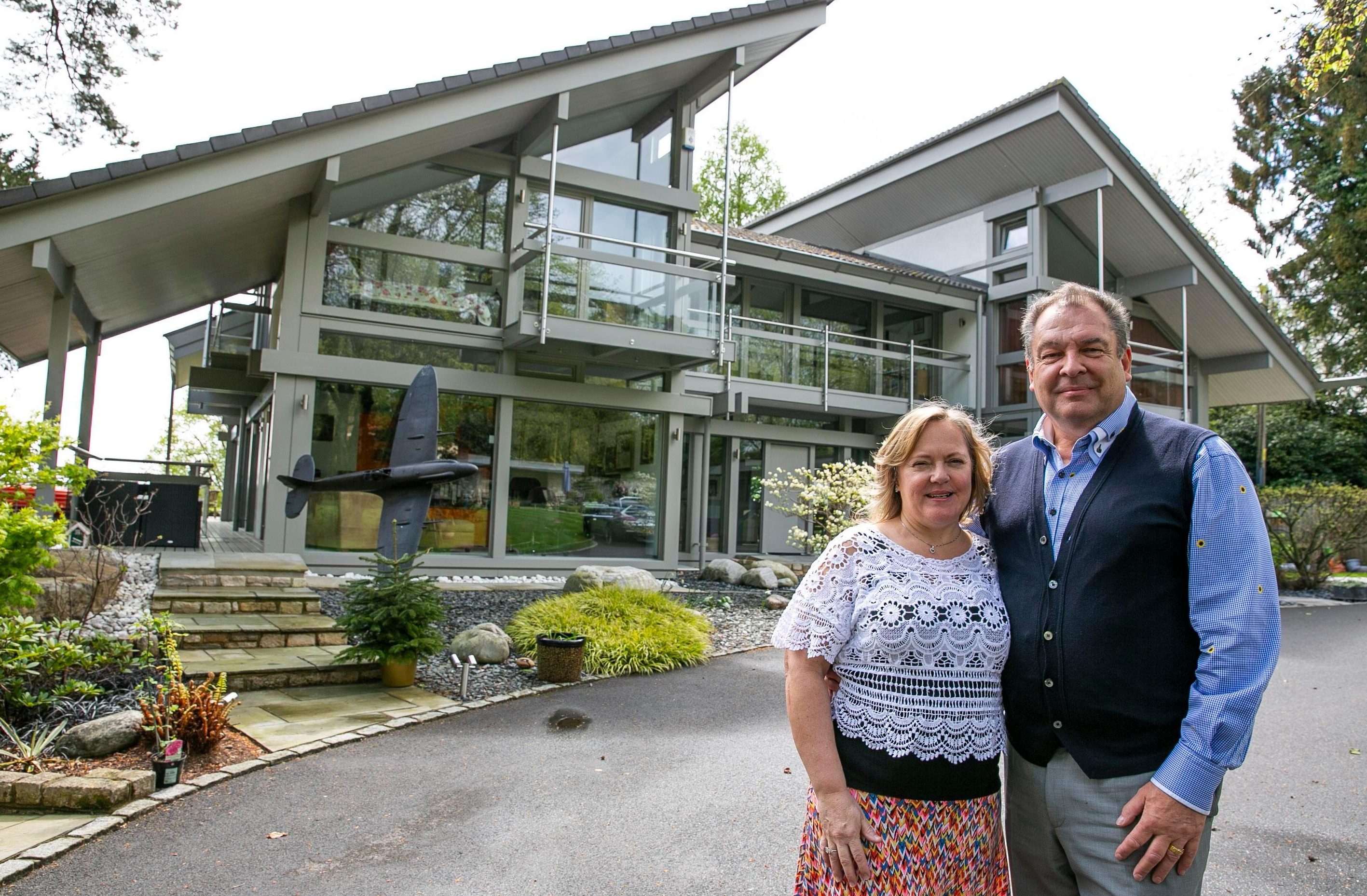 They also kept a £160,000 Aston Martin car which had been offered as a runner’s up prize, claiming “not enough tickets had been sold."

One entrant, a newly married lawyer who lives in London, told the Sun Online: “It’s ridiculous that after selling more than £750,000 worth of tickets, the winning prize was so low. I’m fuming.

“This needs to be investigated.”

The couple sold just under 30,000 tickets at £25 each for the chance to win their plush home that boasts its own cinema and seven reception rooms.

This equated to around £750,000 worth of tickets yet the winning prize was only a fraction of that amount.

In the competition rules Win A Mega Home said the winner would take home a cash prize instead of the home if fewer than 120,000 tickets were bought.

The small print stated this would be 75% of the value of the tickets sold – after promotion costs were deducted.

But unhappy punters pointed out the prize of £110k meant that "promotion costs" of around £500,000 were deducted. 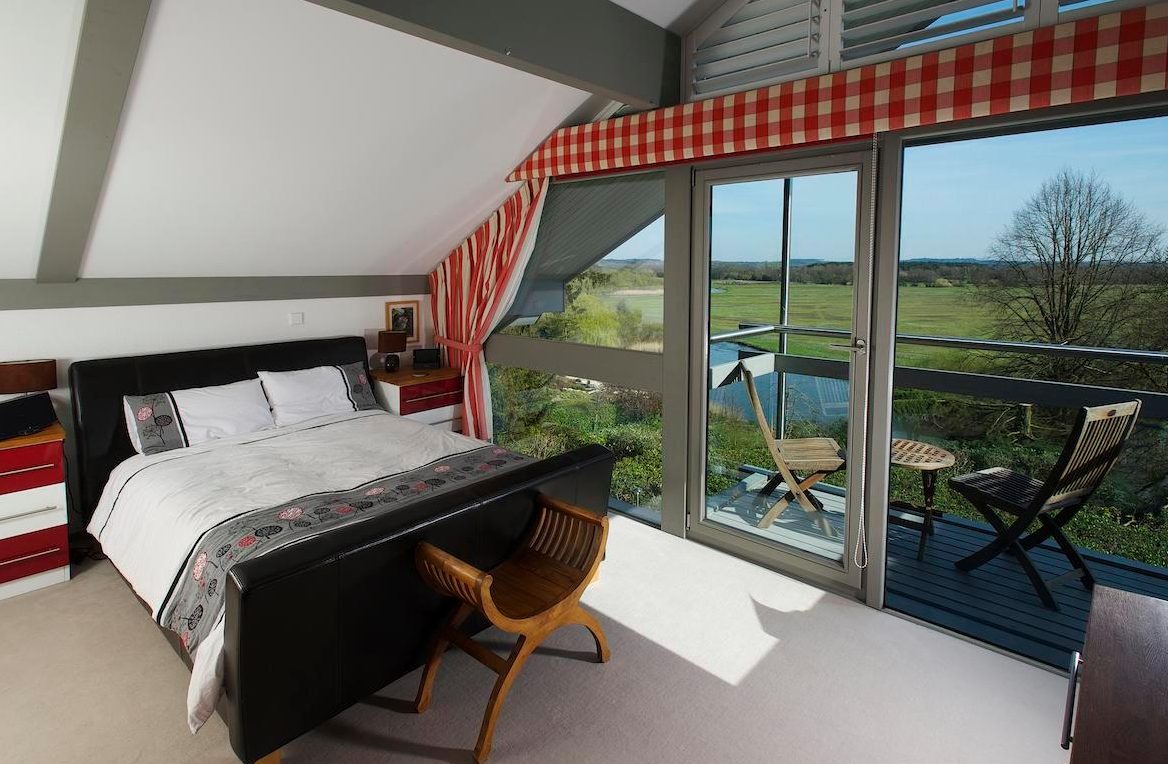 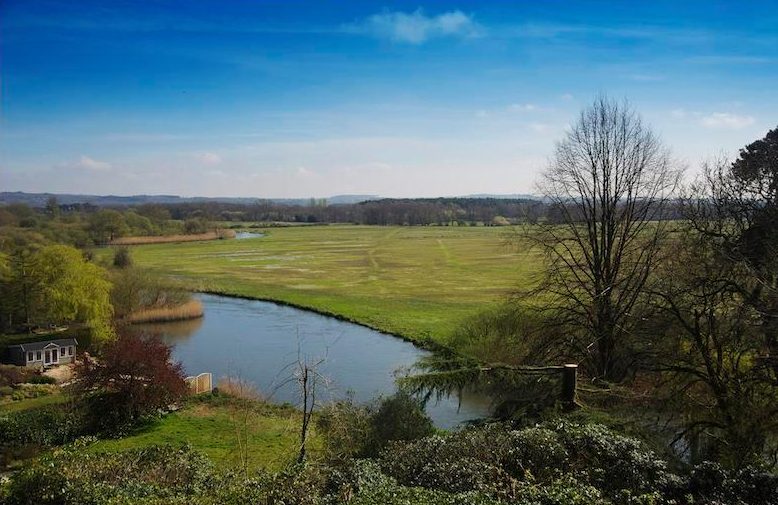 Mr Beresford told the Sun Online "huge sums" of money had been spent on advertising and legal advice when they decided to launch the competition.

When asked if he had any sympathy for those who'd bought a ticket he replied "don't you think £110,000 is a substantial prize?"

However raffle ticket holders were furious about the contest.

Amid a growing furore the organisers yesterday took down the Win A Mega Home's Facebook and Twitter accounts.

Chintzy Frou-Frou said: “There’s nothing on the website saying how the money is to be divided up if the target is not reached. I feel conned."

“So the prize was only 27 times less than the £3m house we all entered for.” 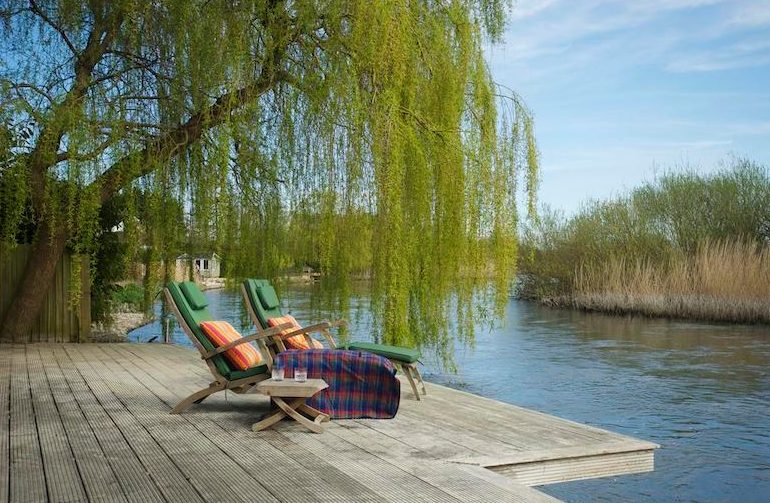 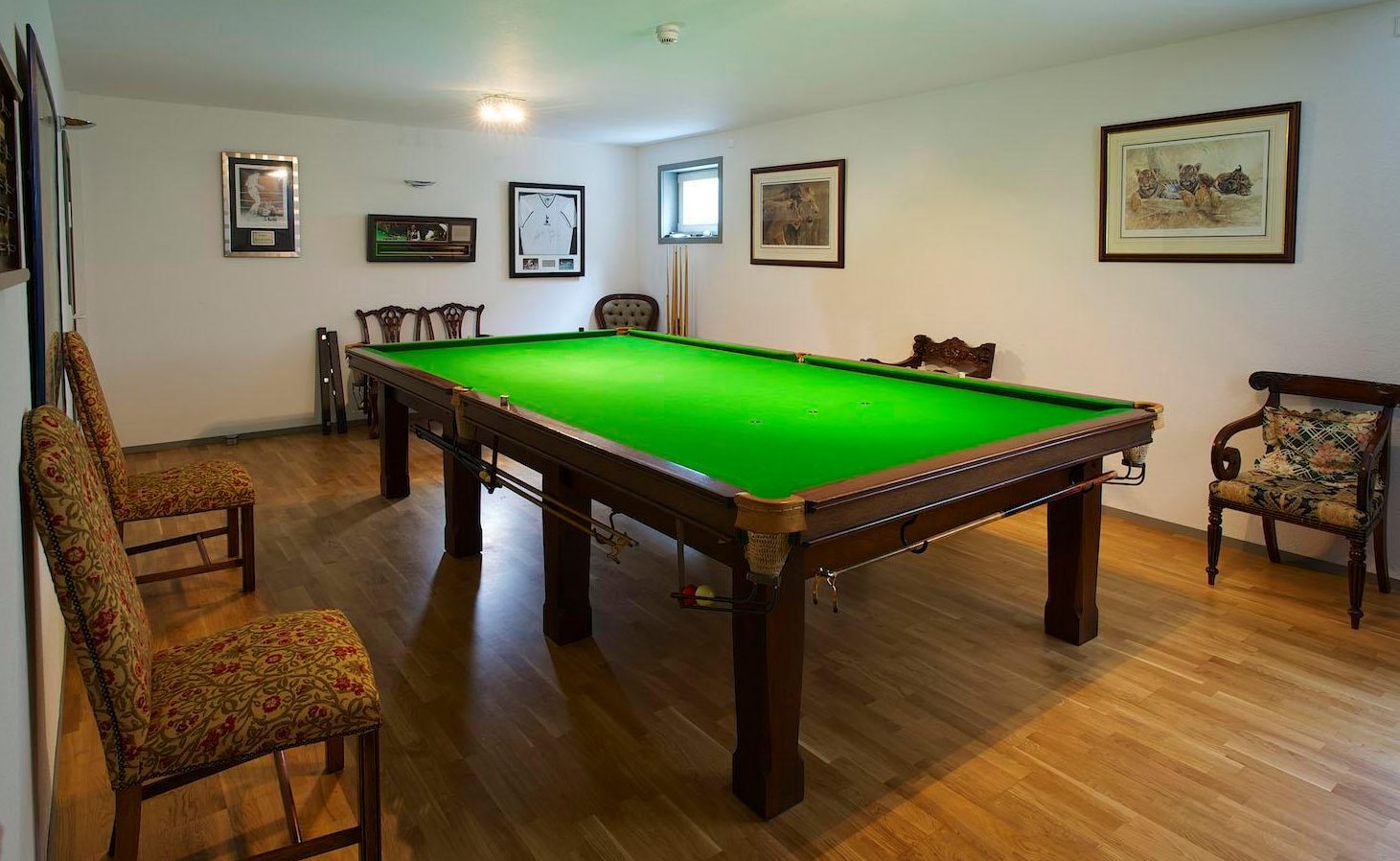 One punter said: “The reason I paid £25 for one ticket was for the chance of winning a £3m home, not a ‘just there’ three figure cash prize.

“I would never ever of paid that much for a single shot at the final prize money. Quite honestly I think this competition has been run in an extremely peculiar way.”

Carl Hatch added: “I was a ticket holder and am completely disgraced by how this has unfolded.” 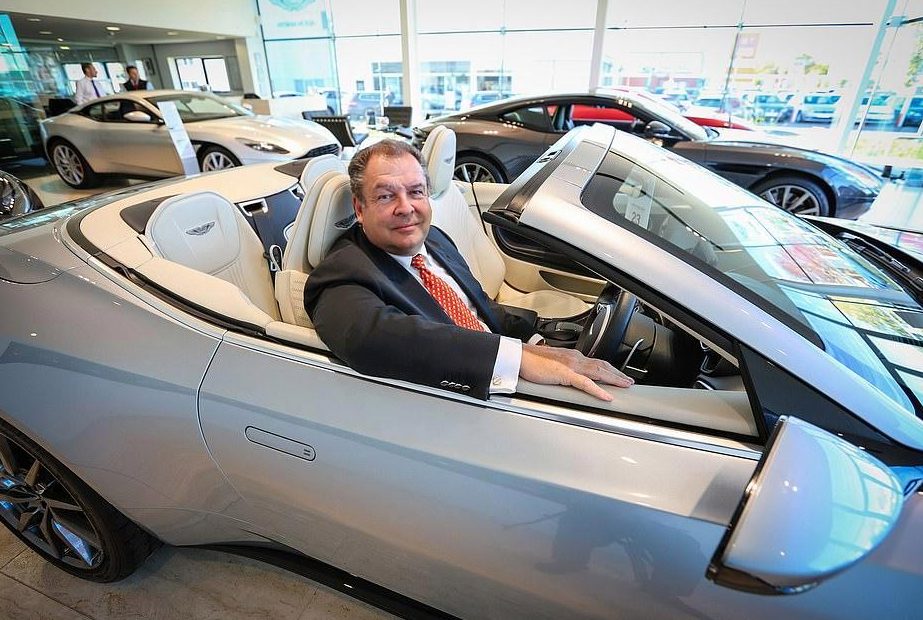 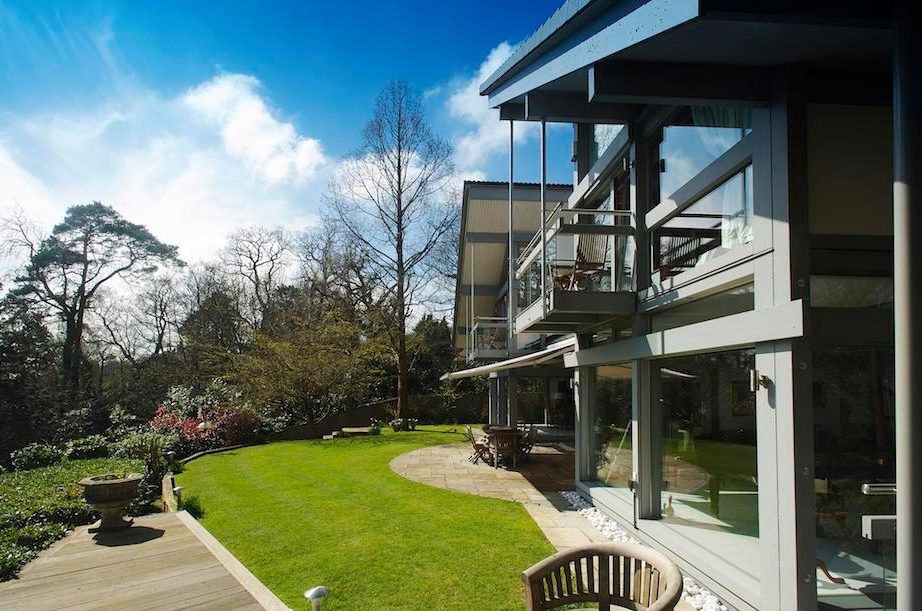 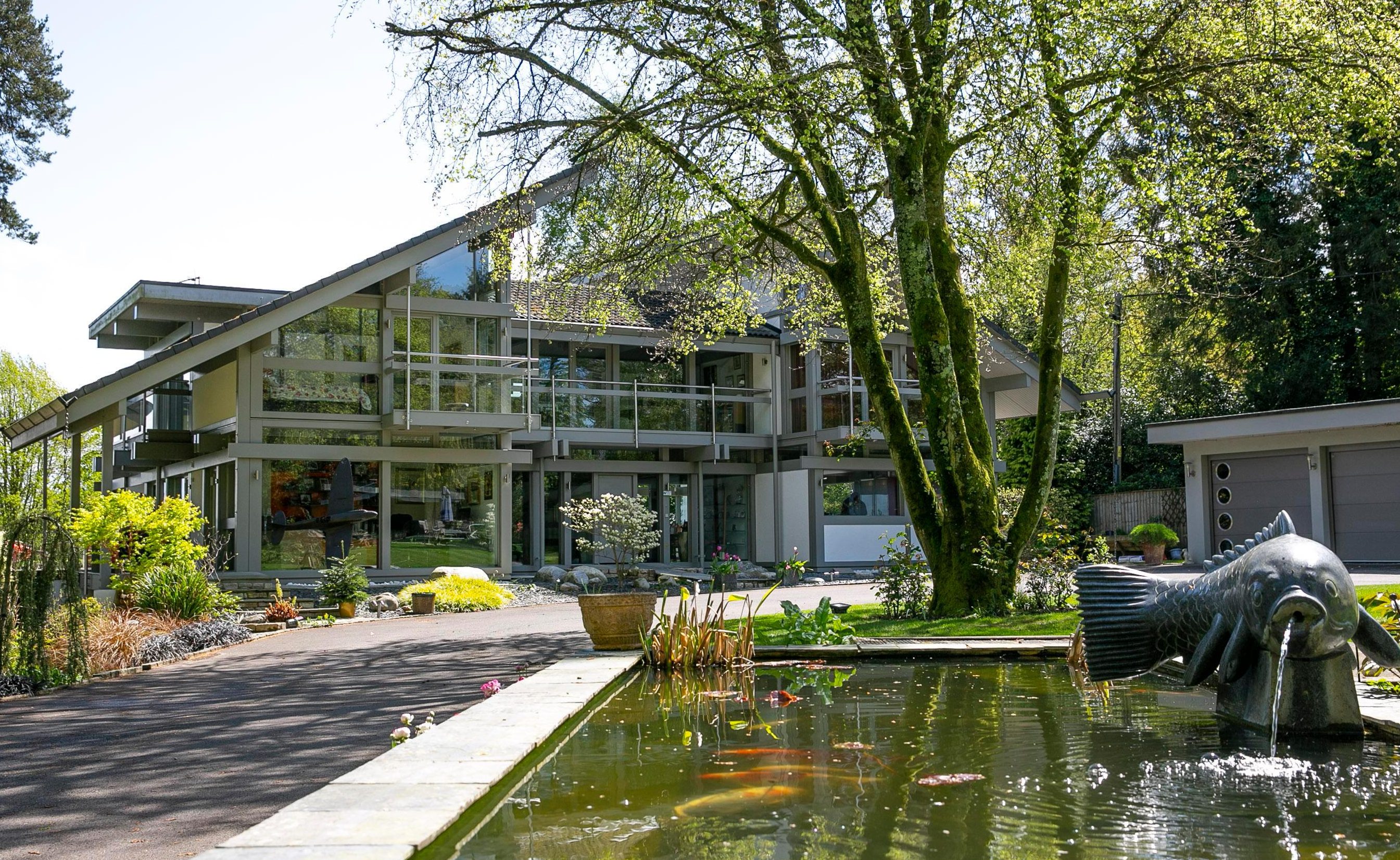 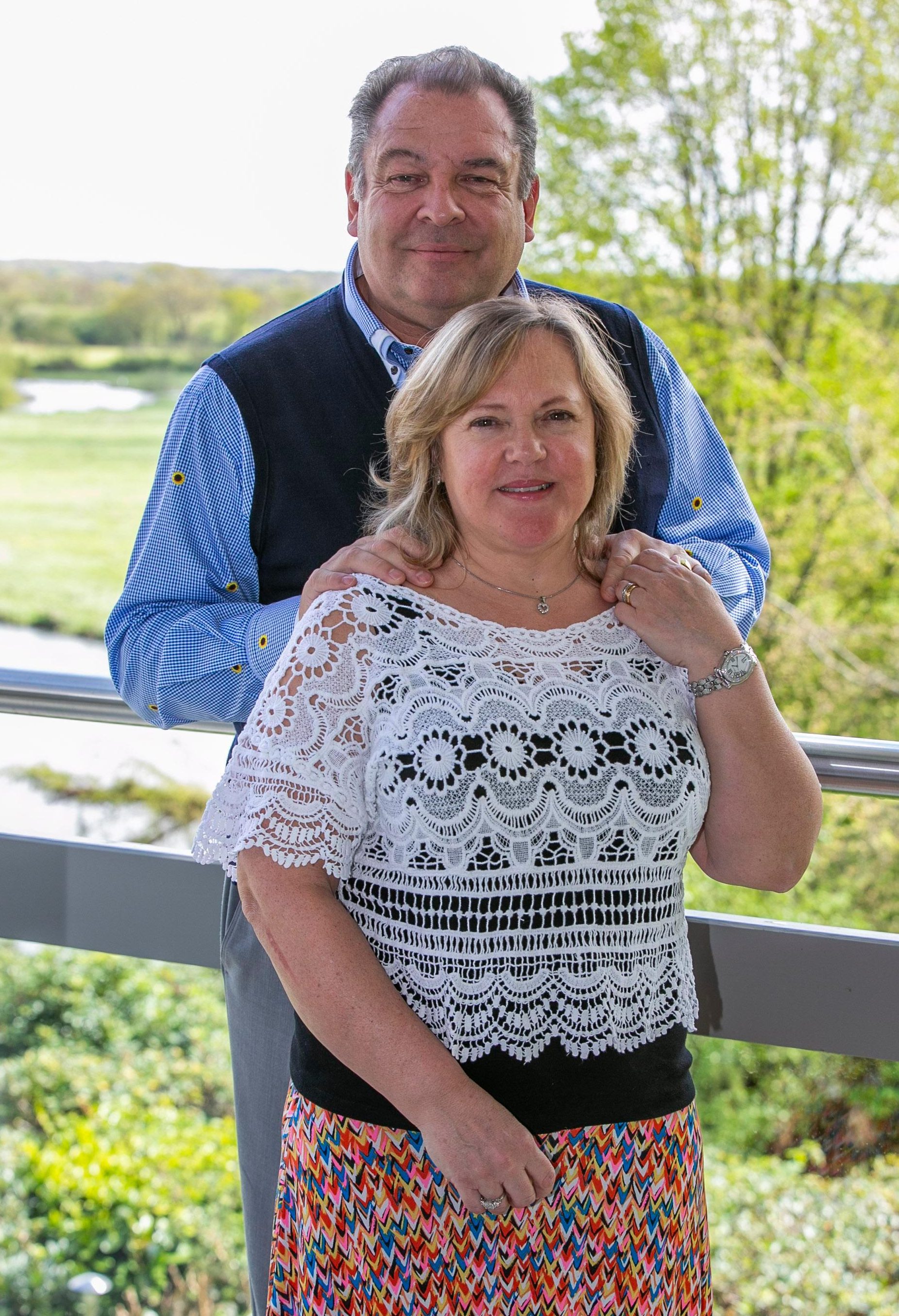 'RAFFLING' OFF A HOME

The Gambling Commission has seen a rise in popularity of so called ‘house raffles’ and competitions.

This is where homeowners offer their house as a prize, either through people buying a ticket in a draw, or by paying to enter a competition.

Paying to enter raffles, draws and competitions are becoming an increasingly popular alternative for homeowners that are struggling to sell their property through traditional means.

Most of the schemes have been set up as free draws or prize competitions which do not count as gambling under gambling laws.

If the competition relies on chance it may be considered a lottery and could be illegal.

Others claimed the competition was “misleading” as it stated “this house could be yours” 24 hours before it shut – despite it being clear at that stage they weren’t going to sell the necessary number of tickets to raffle off the property.

One said: “Even up until the day before this was still being marketed as winning a house, even though clearly they were way off. I will report to the Advertising Standards Authority.”

The Beresford decided to raffle off their plush home after their three kids moved out.

They built the glass and wood home 11 years ago with German firm Huf Haus.

It boasts seven reception rooms, its own cinema with a 65in screen, a games and snooker room and parking block. 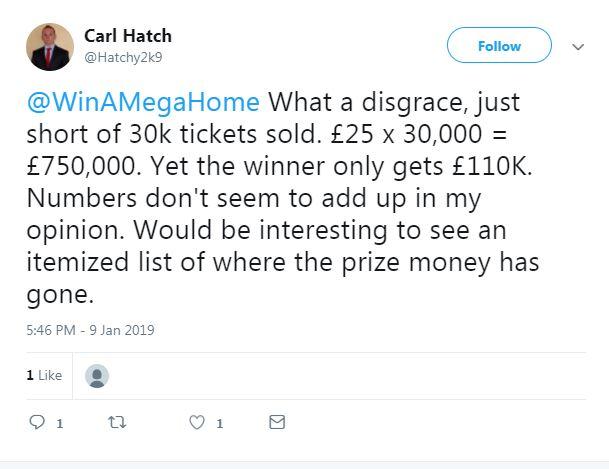 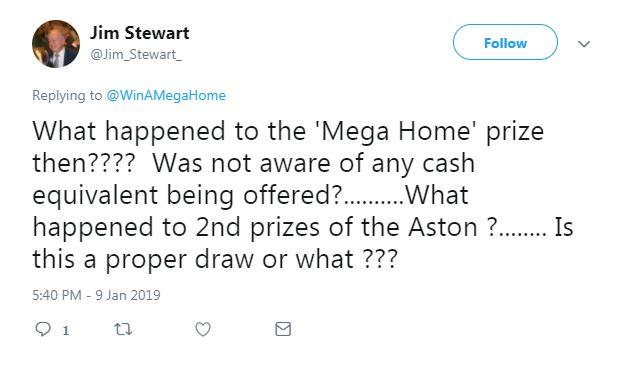 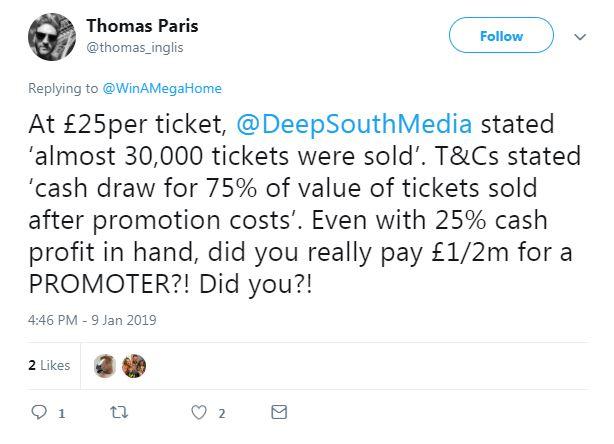 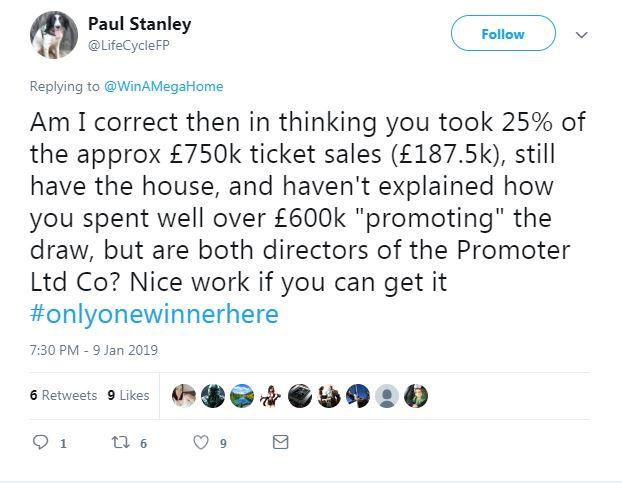 There were a total of 250,000 tickets available in the lucky dip.

At the outset, the Beresfords had insisted it was a “genuine offer”, adding: “A lot of people think this is too good to be true…but it’s not."

In October this year as an added incentive Mr Beresford, who is a millionaire business consultant, threw in a brand new £160,000 Aston Martin as a runner's up prize.

However there was no mention of the supercar when the winning prize was announced yesterday.

When asked about the sports car by Sun Online a spokesman for the Beresfords said "not enough tickets were sold to activate the Aston."

The Gambling Commission told the Sun Online they'd received a complaint about the competition and encouraged anyone with concerns over how it was run to do likewise.

They said they'd seen a rise in popularity of "house raffles".

In this case punters answered a question about the heaviest salmon ever caught from the Hampshire Avon to enter the competition. As it was a prize comp it did not come under gambling laws. 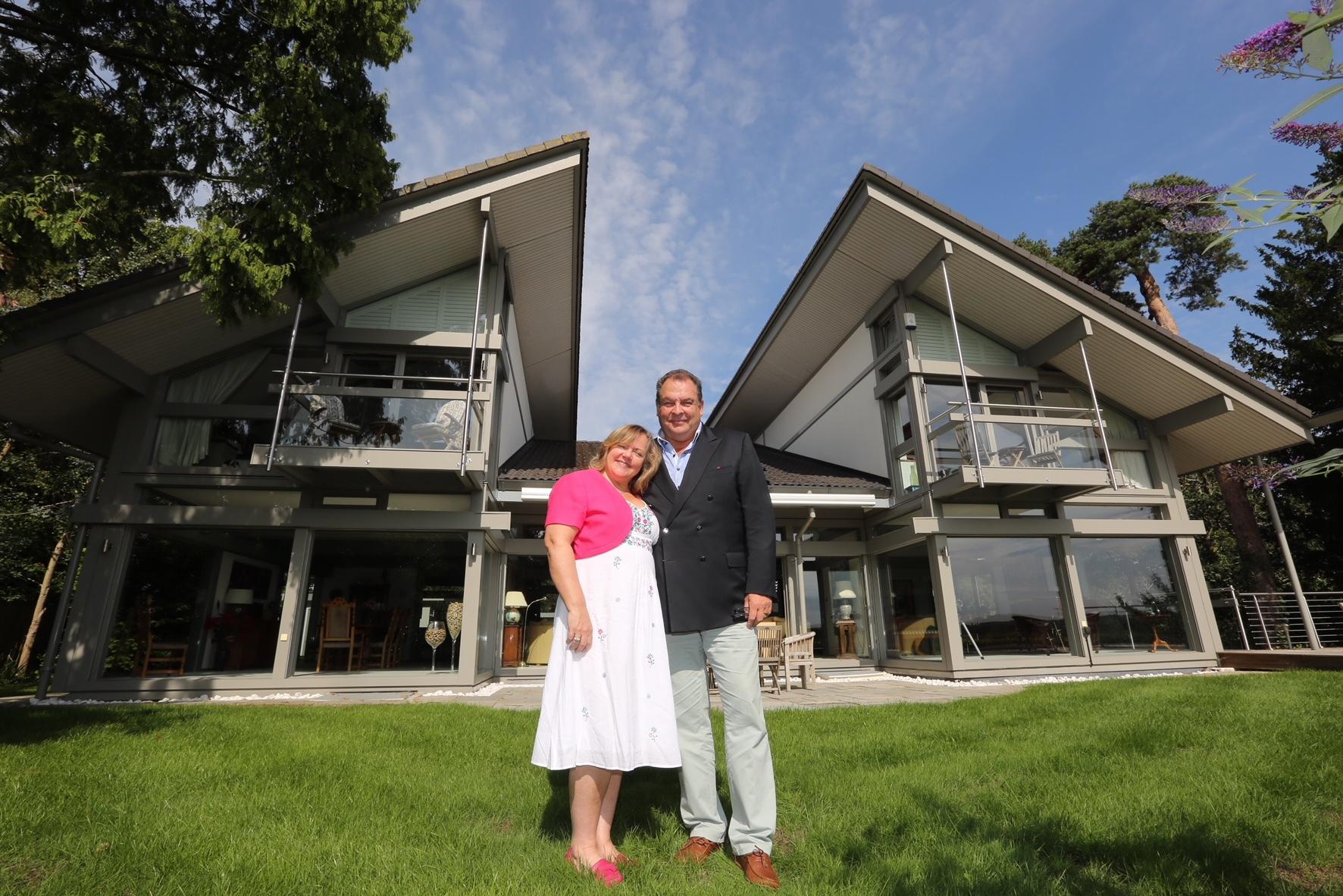 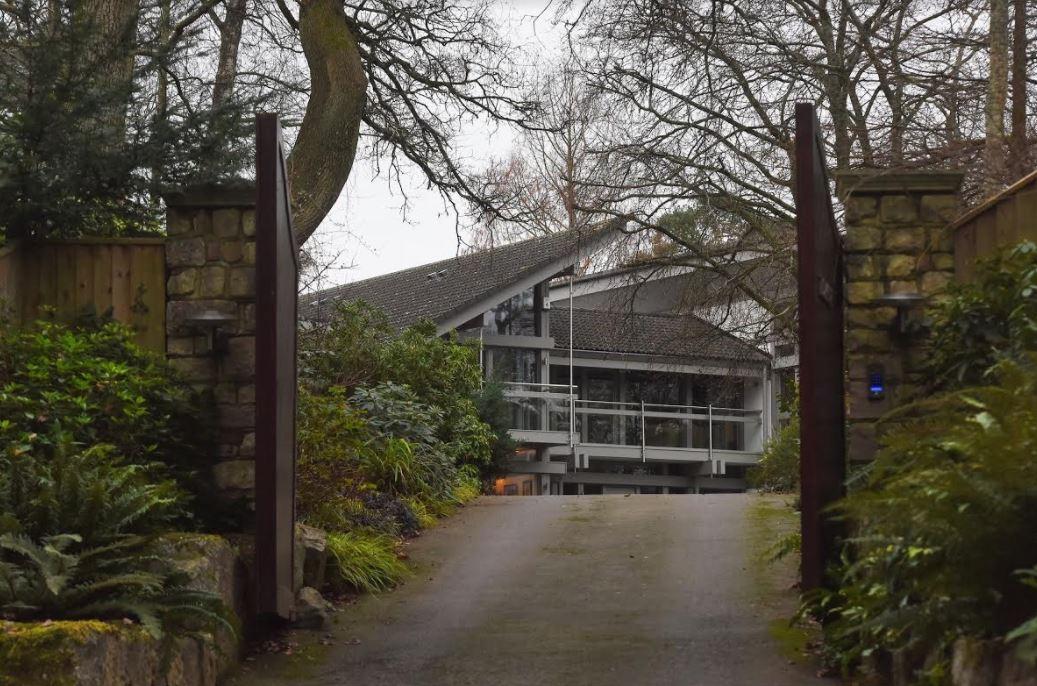 The winner was named as Carina Alcock, from Christchurch in Dorset. 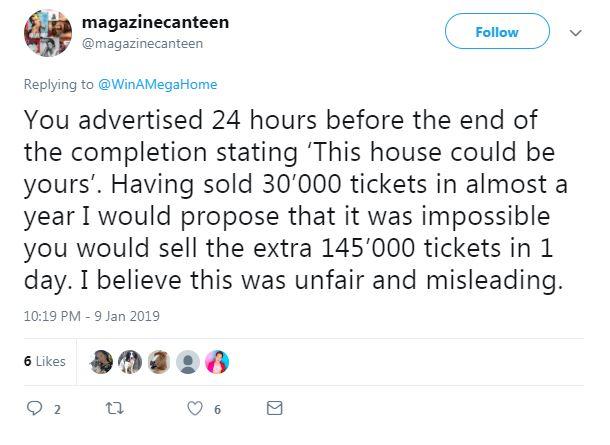 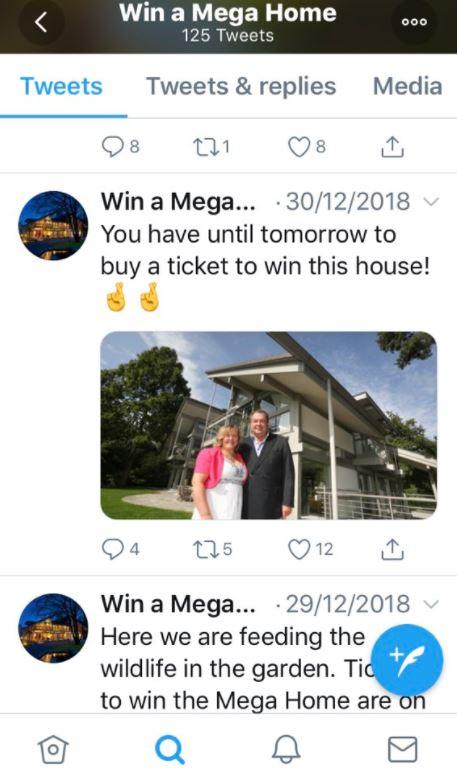 “We calculated the prize exactly as described in the terms and conditions, which all entrants had to accept.

“We have spent huge sums of money on advertising that failed to cover its costs.

“The costs incurred were very high and began in 2016 with extensive legal advice and opinions about the interpretation of the rules covering prize draw competitions.

“By the time the competition was launched, costs were already into six figures – to do this properly is neither cheap nor for the faint of heart.

“We will file our accounts in line with statutory requirements.”

Sun Online have contacted Advertising Standards Authority for a response.