Putin hunts SAS in Ukraine: Russia launches formal probe into whether British elite troops ‘specialising in sabotage and guerrilla warfare’ are on the ground in Lviv

Vladimir Putin launched a search for SAS forces alleged to be fighting in Ukraine.

The Kremlin’s Investigative Committee (IC) is investigating British special forces thought to be in the western Lviv region.

Putin’s personal CIA said today it will look into ‘the facts of the activities of British SAS saboteurs in Ukrainian regions,’ according to state-controlled outlet RIA Novosti.

The IC claimed that ‘at least two groups of specialists in sabotage and guerrilla warfare from the British Special Air Service (SAS) have been sent to the Lviv region’. 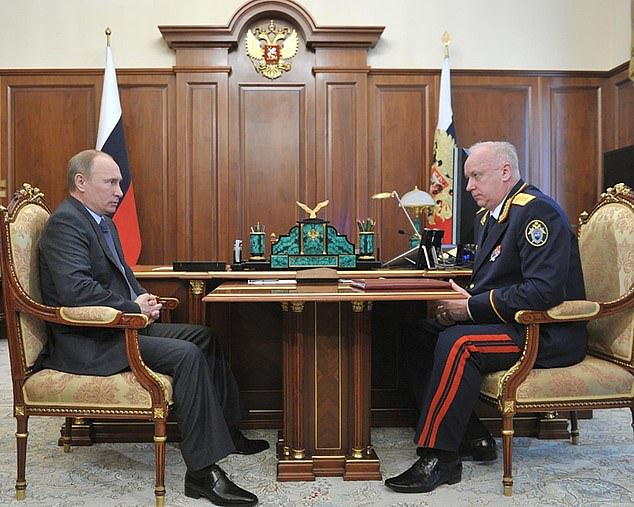 An IC source claimed SAS operatives in Ukraine ‘are specialists in sabotage and partisan activities, recruiting and training agents to work in hostile territory’.

Russia appears to base its investigation on information allegedly received from captured Ukrainian troops. 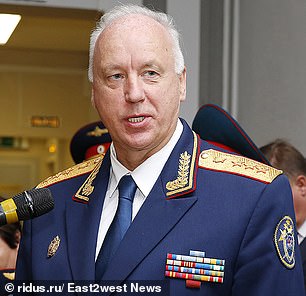 The SAS is ‘considered one of the most highly qualified in the world in organising coups d’etat, mass protest rallies, contract killings of political figures, recruiting agents, including those in the highest echelons of power, and preparing terrorist attacks’, said the RIA Novosti report.

‘This is no ordinary special force – these are intellectuals, in each group there is always an ideologist, you can say a professor, and the rest are particular specialists,’ said a Russian law enforcement source.

The report claimed that the SAS often work in war zones under cover of medical workers.

‘With a high degree of probability, these specialists arrived in order to improve the skills and efficiency of the Ukrainian special services in coordinating the activities of sabotage groups in the territories of Ukraine controlled by Russian troops,’ said the IC source. 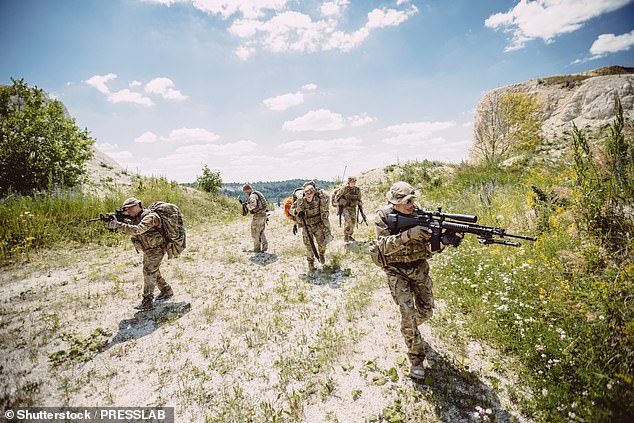 The committee is headed by Russia’s top criminal investigator, Alexander Bastrykin, who was a university classmate of Vladimir Putin’s.

Earlier this month it was reported that SAS troops have trained local forces in Kyiv for the first time since the war began.

Two officers from separate battalions stationed around the country’s capital said special forces had trained their troops on two occasions in early April.

British military trainers have had a presence in Ukraine since Russia’s invasion of Crimea in 2014, but were withdrawn in February as the likelihood of Putin ordering an all-out invasion of Ukraine increased.

A UK defence source said: ‘We don’t comment on stories around Special Forces, especially ones that are being pushed out by the Russian news agencies, because inaccurate speculation can put people’s lives at risk, which is why we neither confirm or deny reports.’ 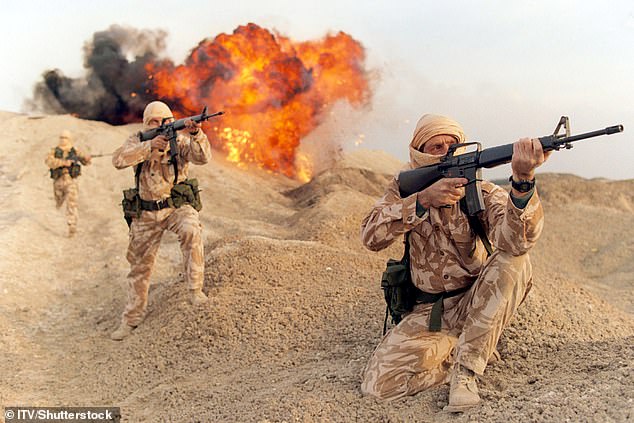 SAS soldiers fighting in the desert in 1996. The service is widely considered the world’s best