The Queen has been given the go-ahead to install a lift at a property she and Prince Philip stay at on their Balmoral estate.

The monarch had sought permission for the elevator at Craig Gowan House on the 50,000-acre estate in Aberdeenshire.

The C-listed property, which has three separate staircases, is said to be used by the Royal Family on shorter visits to their Scottish retreat to avoid opening up Balmoral Castle.

The Queen, 94, and the Duke of Edinburgh also stay there for the first few days of their 12-week summer holiday at Balmoral while the castle is still open to the public.

Plans submitted to Aberdeenshire Council show 99-year-old Prince Philip has a study at the two-storey property. 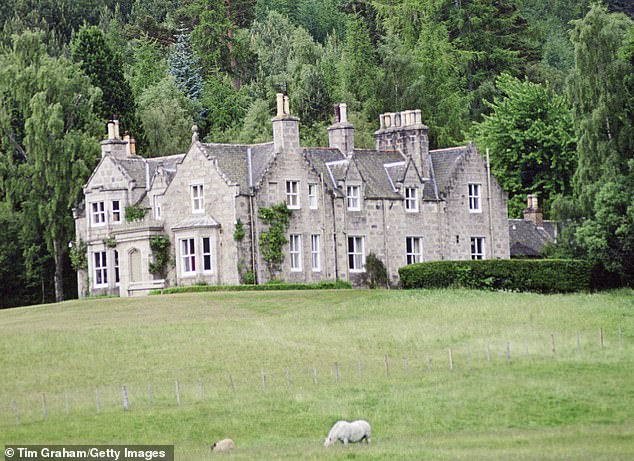 The Queen has been given the go-ahead to install a lift at Craig Gowan House on the Balmoral estate. The monarch and Prince Philip use the house while on shorter stays in Scotland to avoid opening up the main castle

The ‘through floor lift’ will take users from the ground floor pantry to a first floor bathroom at the seven bedroom house.

Council planning officers have granted permission for the lift after no objections were received.

In a written report, they said: ‘In this instance, listed building consent is sought for the installation of a “Lifton” lift within the rear wing of the property in order to solve the problem for disabled users in terms of gaining access up the existing staircase from ground floor to first floor, and vice versa.

‘There will invariably be impact on the fabric of the building. However, there is a strong justification for the need for the facility, the location is discreet, and the application demonstrates that the openings will be neatly detailed to reinstate finishes as far as possible.

‘While a contemporary inclusion, the design of the lift structure is functional, and its chosen location minimises the intrusion onto the historic fabric, and could be fully reversible should the lift ever become redundant.’ 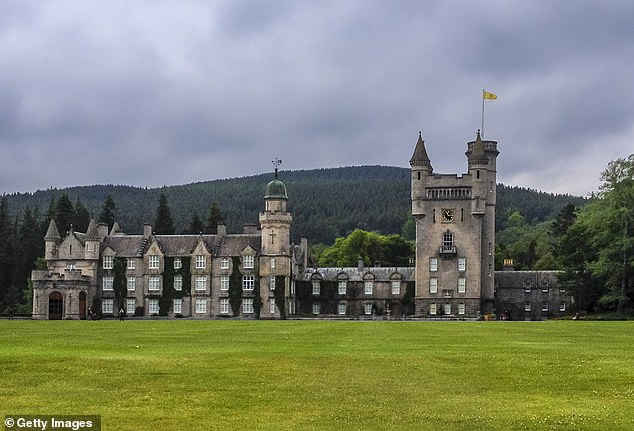 The house is believed to have been built in 1870 by Scottish architect William Smith, and was heavily modified later on in the 19th century. It is around a one mile walk away from Balmoral Castle (pictured)

The planning application, submitted by Balmoral Estate, stated the installation of the lift will require the ‘removal of sanitary ware and non load bearing walls’.

It did not say who the intended users of the lift are but said they do not require wheelchairs.

The report granting approval said the council felt it was not ‘considered necessary’ to meet the applicant ‘to verify their physical condition’ or to have a letter provided by their doctor.

A listing for Craig Gowan House on Historic Environment Scotland’s website reads: ‘Often used on shorter visits by the Royal Family to avoid opening up the castle. Craig Gowan is used as the residence of the Queen’s private secretary when on duty during the summer months.’

The house is believed to have been built in 1870 by Scottish architect William Smith, and was heavily modified later on in the 19th century. It is around a one mile walk away from Balmoral Castle.