The Queen’s first openly gay footman, 21, stands down after being demoted ‘for courting publicity’

The Queen’s first openly gay footman has stood down after reportedly being demoted for ‘courting publicity’.

Ollie Roberts, 21, was required to accompany Her Majesty on all her carriage rides and carry out other duties like collecting her mail at Buckingham Palace and walking the Corgis.

The former airman was told he would be bumped down to an ordinary footman after the palace became concerned about his increasingly high profile, with several articles in gay publications. 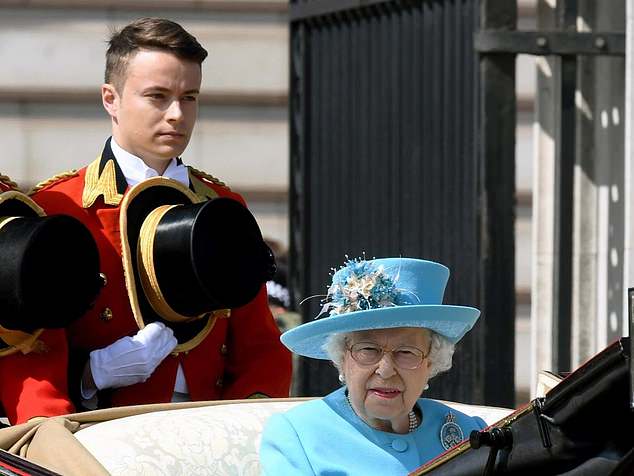 Ollie Roberts, 21, was required to accompany Her Majesty on all her carriage rides and carry out other duties like collecting her mail at Buckingham Palace and walking the Corgis

‘They told him his profile was becoming too high and he wasn’t there to draw attention to himself, ‘ a royal insider told The Sun.

The insider claimed Roberts had considered his future for a couple of days and then decided to step down, feeling ‘badly let down’.

Buckingham Palace declined MailOnline’s request to comment on the report. Roberts did not comment to The Sun.

The former RAF airman made his first public appearance at Trooping the Colour in June.

He had also posted Instagram photos from the grounds of Buckingham Palace hinting at his new role.

The appointment of Roberts, who was born in Wales, was heralded as a step forward for LGBT people, who hailed it as another sign the royal family had embraced modern attitudes towards sexuality.

In 2016, Prince William appeared on the cover of gay magazine attitude, and used the chance to speak out against homophobic abuse.

‘No one should be bullied for their sexuality or any other reason and no one should have to put up with the kind of hate that these young people have endured in their lives,’ he said. 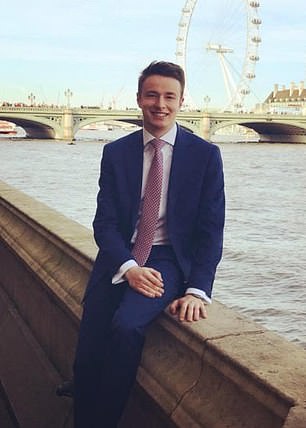 ‘The young gay, lesbian and transgender individuals I met through Attitude are truly brave to speak out and to give hope to people who are going through terrible bullying right now.’

The Queen made similar statements in her speech at the State Opening of Parliament this year, which was written by the government.

‘My government will make further progress to tackle the gender pay gap and discrimination against people on the basis of their race, faith, gender, disability or sexual orientation,’ she said.

The Queen’s cousin, Lord Ivar Mountbatten, became the first member of the royal family to have a same-sex wedding on the weekend.

He married his partner James Coyle at a country house in Devon, with his three daughters in attendance.

The Queen Mother had several gay servants, including perhaps her most well-known courtier, William Tallon.

He spent half a century as the friend, confidant and unofficial master of ceremonies for the much-loved royal.

The Royal Household currently has six job vacancies listed on its website.

These include a liveried helper to look after the horses on the Royal Mews and a sous chef at Buckingham Palace.