Scientists in Queensland have developed two drugs that could not only prevent infection of coronavirus but also stop it spreading through people already positive.

Experts at the QIMR Berghofer Medical Research Institute have identified peptide-based drugs they believe could revolutionalise treatment of covid-19.

The drugs, which could be available within 18 months should trials be successful, move to target how human cells react to the virus, rather than developing antibodies against the virus through a vaccine. 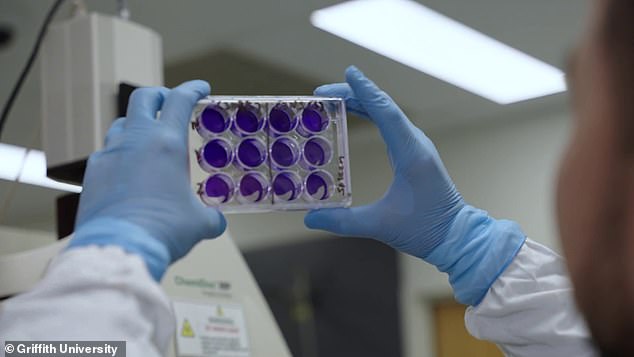 The Nature Cell Discovery journal listed the findings on Monday night, noting a shift in planning for the next stage of coronavirus treatment.

Professor Sudha Rao, a Senior Researcher at QIMR Berghofer, told the ABC the peptides were an ‘early prevention drug’, working together in two important roles.

‘The first treatment works by blocking the virus from entering as it effectively acts like a padlock on the human cells,’ she said.

‘And the second drug, if the virus does enter, it prevents the virus from replicating.’ 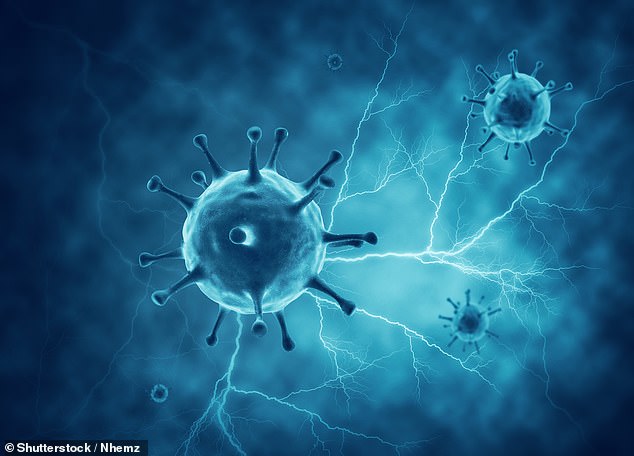 Researchers have discovered a new way the virus enters cells, through their AC2 receptors, which they believe will be critical to further development of drugs to preventing coronavirus.

‘Once it enters it can use the cellular machinery in the human cells to replicate, and knowing that… one drug really acts like a cloak around the human cell and therefore prevents the virus from entering through the AC2 receptor.’ Professor Rao said.

‘Whereas the second drug… if the virus does enter, the drug is specifically there to prevent the virus from replicating.’

The peptides will be effective against all mutations of the virus because the cells work in the same manner, unlike the requirement for constant updates for vaccines.

They say early results are ‘very promising’ and hope to introduce clinical human trials within the coming months.

QIMR Berghofer are working with a consortium of European scientists as well, and believe a roll-out of the drugs would be rapid given the availability of peptides and their ability to be stored and transported at room temperature.