Queensland woman shocked to discover gigantic python on her windscreen

Windscreen viper: Terrified driver returns to her car to find a HUGE snake curled up on the glass

A Queensland woman has been left shocked after discovering a two metre carpet python had taken up residence on her car windscreen.

The horrified resident had been planning a trip to the shops before she was confronted with the intruder in Birtinya on Sunday. 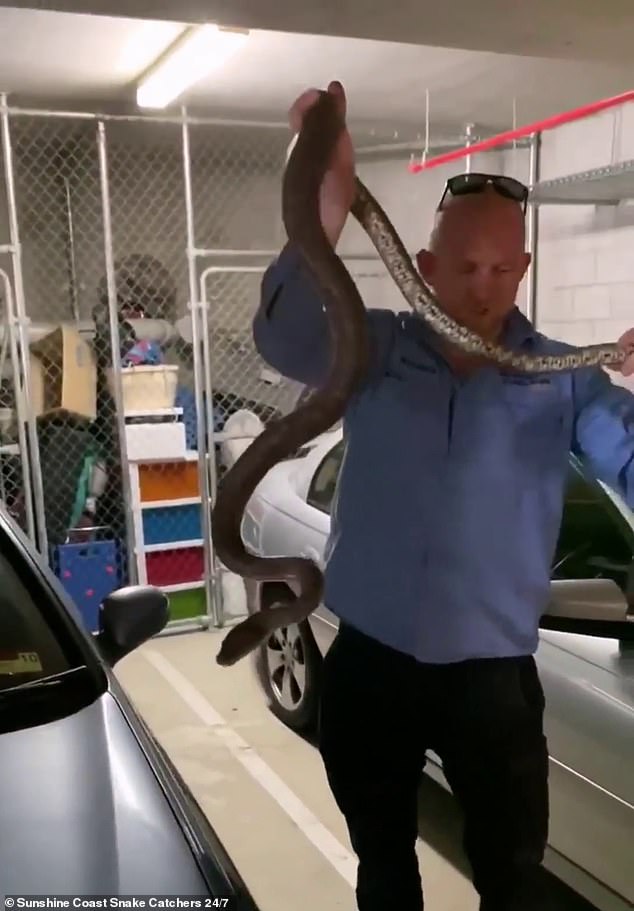 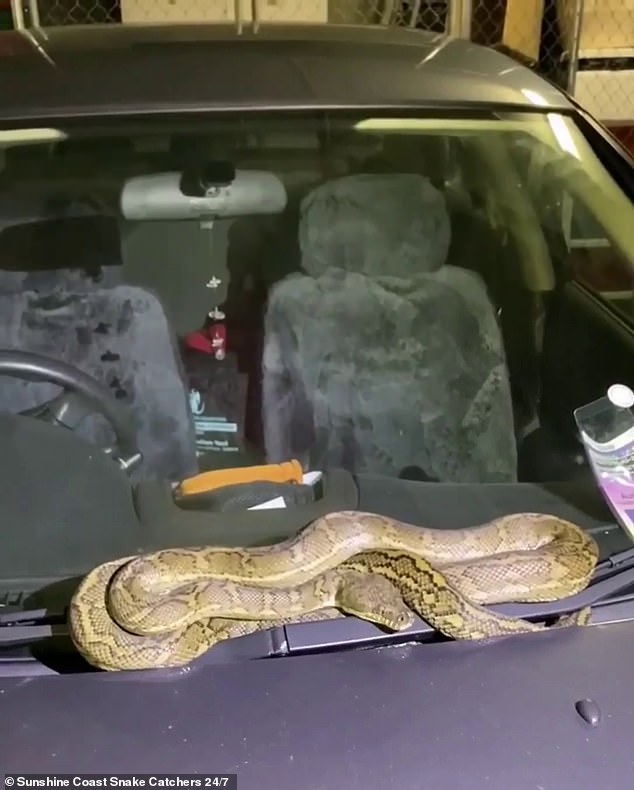 ‘The lady has been frantic and called management, she basically nearly had a heart attack’, he said.

In footage captured of the relocation, the large carpet python is seen curled up on top of the vehicle’s windscreen wipers.

McKenzie explains the sleepy snake was most likely taking in the residual warmth of the engine after the car was previously parked.

‘Definitely not what you expect when you come down to your car to go out to the shops’, the handler says. 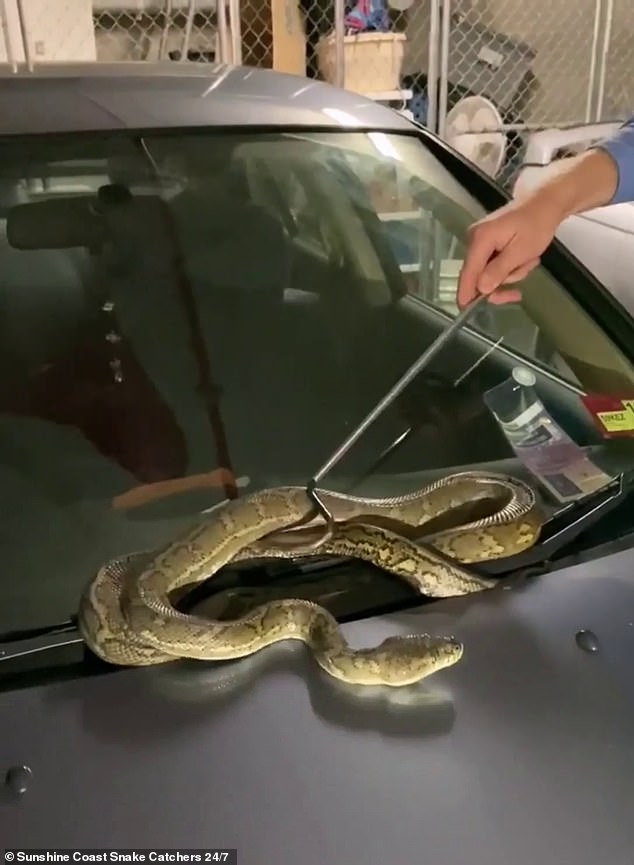 As the handler removed the snake from the windshield, the python is seen wrapping it’s tail around one of the windscreen wipers

As McKenzie pulls the snake from the windshield, the python wraps it’s tail around one of the windscreen wipers, reluctant to leave it’s cozy spot.

The handler released the friendly python back into surrounding bushland, explaining it wasn’t often he received calls about a snake on a windshield.

‘The season is really ramping up, plenty of snakes on the move at the moment as the weather is ideal for them’, McKenzie explained.

‘Males are out there trying to look for females and bumping into other males and biffing it out.’

The handler urged residents to keep an eye out for any snakes on the move around their homes, businesses and the wild.

Facebook users flocked to the comments section of the video to share their distaste for the large python.

‘I wouldn’t have been able to go to work, as I’d have had a heart attack’, one shared.

‘What the hell, aren’t they meant to be hibernating’, another commented.

‘This is why I always keep my windows shut’, a third user advised.

HOW TO STAY SAFE DURING SNAKE SEASON

Remove any debris or woodpiles, cut back long grass and shrubbery, remove leaf litter and block any holes around the outside of your house that may look like a safe spot to hide

Keep bird aviaries and chook pens secure, clean and free of rodents. Ensure you have a fine mesh or shade cloth around the outside of any aviary so our snake friends don’t get stuck in the wire.

If possible, keep cats inside and snake avoidance training for dogs can literally be a life saver.

Call a professional. Never attempt to catch or kill a snake. This is illegal and snakes are incredibly important to the local ecosystem.