Hilary Benn was smarting like a spanked bottom: QUENTIN LETTS watches grandstanding in the Commons over the ISIS Beatles

Should we tell the Americans what we know about two deadly fighters for Islamic State? Or should the ‘principle’ (as some of the House’s more daintily cerebral MPs called it yesterday) of opposing the death penalty oblige us to withdraw such cooperation from our United States allies?

Sajid Javid, new Home Secretary, has chosen to help the US build a case against Alexanda Kotey and Shafee Elsheikh, two thugs who were part of an Islamic State execution squad.

It is said they sawed off their victims’ heads with serrated knives. They have not yet been tried for the crimes that have attracted such global horror. 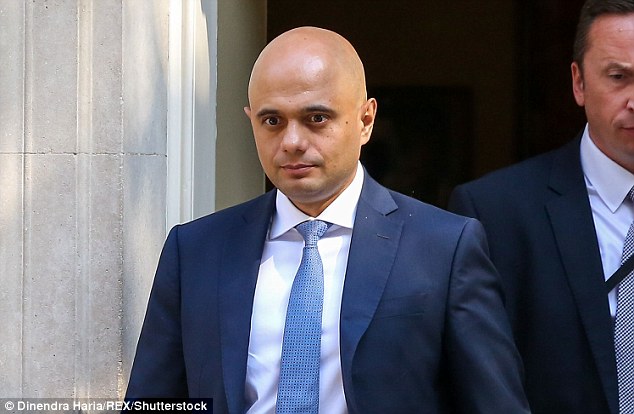 Sajid Javid, new Home Secretary, has chosen to help the US build a case against the ISIS Beatles

A trial will likely happen in the US and some American states have the death penalty. For certain MPs, that meant we should have nothing to do with the matter.

Diane Abbott, Labour’s home affairs spokesman, yesterday led criticisms of Mr Javid and what she called his ‘abandonment of the Government’s long-standing opposition to the death penalty’. It was ‘abhorrent and shameful’ to help the Americans, said Miss Abbott. Consistency demanded that we were either opposed to the death penalty in totality or not at all.

Dominic Grieve (Con, Beaconsfield) seemed to agree with her. Mr Javid’s decision represented ‘a major departure from normal policy’, he intoned in that punctilious, metallic voice. 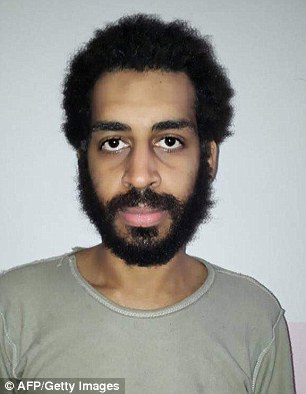 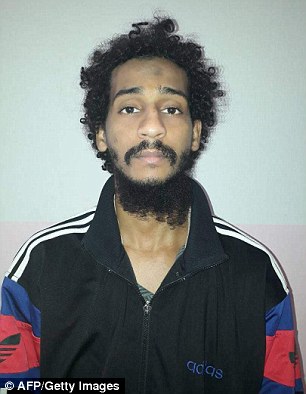 Sajid Javid, new Home Secretary, has chosen to help the US build a case against Alexanda Kotey and Shafee Elsheikh, two thugs who were part of an Islamic State execution squad

Where was the precedent for the decision? They love a precedent, do lawyers. ‘This issue is going to haunt the Government,’ predicted scrivener Grieve.That may depend on what the public thinks of the matter. If voters think Mr Javid was quite right to help the US chase two unusually horrid men, this could help the Government.

Any suggestion that Mr Grieve and other prominent Europhiles were driven by lower motives – eg distaste for Americans, who are so much more vulgar than Europeans – would be most improper, I am sure. But it was striking that among those attacking the Javid decision was Labour’s Hilary Benn, pro-Brussels chairman of the Brexit select committee. He claimed that ‘we have to show we are better’ than Islamic State in our morals, and should therefore have nothing to do with capital punishment.’

With the Cabinet in Gateshead on a meaningless stunt, Mr Javid was not present to defend himself. That job therefore fell to Ben Wallace, security minister.

Mr Wallace is an ex-Army officer and a solid, unlawyerly figure at the despatch box. There is no tang of political sneakiness about him. Can we say the same about Mr Javid? I hope so but I am not yet entirely sure.

Mr Wallace listened with mounting impatience to the likes of Yvette Cooper (Lab, Normanton, Pontefract & Castleford), Andrew Mitchell (Con, Sutton Coldfield) and the SNP’s unrivalled Joanna Cherry – unrivalled, that is, for the sort of verbose pomposity that can make you a fortune as a barrister. ‘Principles mean nothing to the Government any more,’ claimed Ms Cherry, swallowing her chin like an amphibian ingesting a delicious, fat bluebottle. 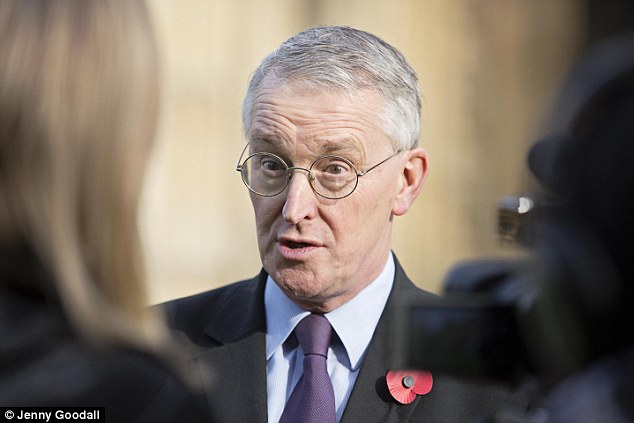 When Mr Benn made his virtuous little sally, Mr Wallace’s patience snapped and he said he was not prepared to take lectures from a man who supported New Labour when it was helping countries to torture people. Benn didn’t like that. Smarted like a spanked bottom. Tom Tugendhat (Con, Tonbridge & Malling), wet as washed lettuce, said the Islamic State duo had ‘undermined community cohesion’.

Is that worse than chopping off innocents’ heads? Support for Mr Javid’s decision came from former defence secretary Michael Fallon and a few others. Jack Lopresti (Con, Filton & Bradley Stoke) said we needed to stay as close as possible to the United States for strategic reasons.

Kwasi Kwarteng (Con, Spelthorne) thought it ‘essential’ to bring these men to justice’. And Andrew Percy (Con, Brigg & Goole) erupted in a snorting, straight-talking contribution which attacked the ‘unrepresentative grandstanding’ of the likes of Abbott and Grieve and Benn and Cooper. It was, said Mr Percy, quite right to help the prosecution of ‘these murderous, terrorist scum’.