The victim, in his 40s, was attacked at a Premier convenience store in Radcliffe just before 7:30am. 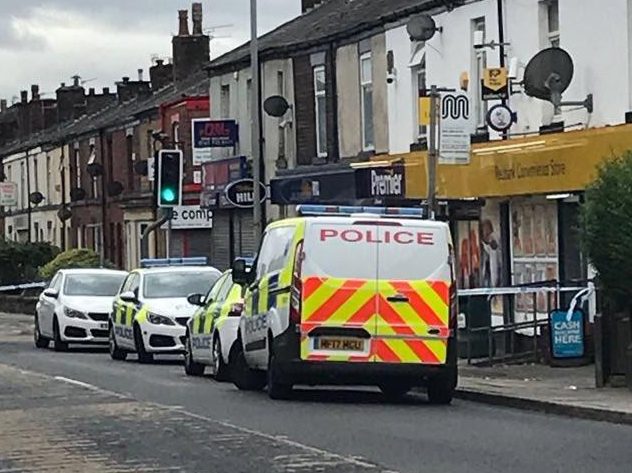 An ambulance was called and paramedics tried desperately to save him as he was rushed to hospital — but he died of his injuries.

Police swooped on the area, north of Manchester, and performed an immediate search of the area.

They arrested a 35-year-old man on suspicion of murder. He remains in custody this afternoon.

Meanwhile, a car crash just outside the police cordon is not thought to be related to the fatal stabbing. 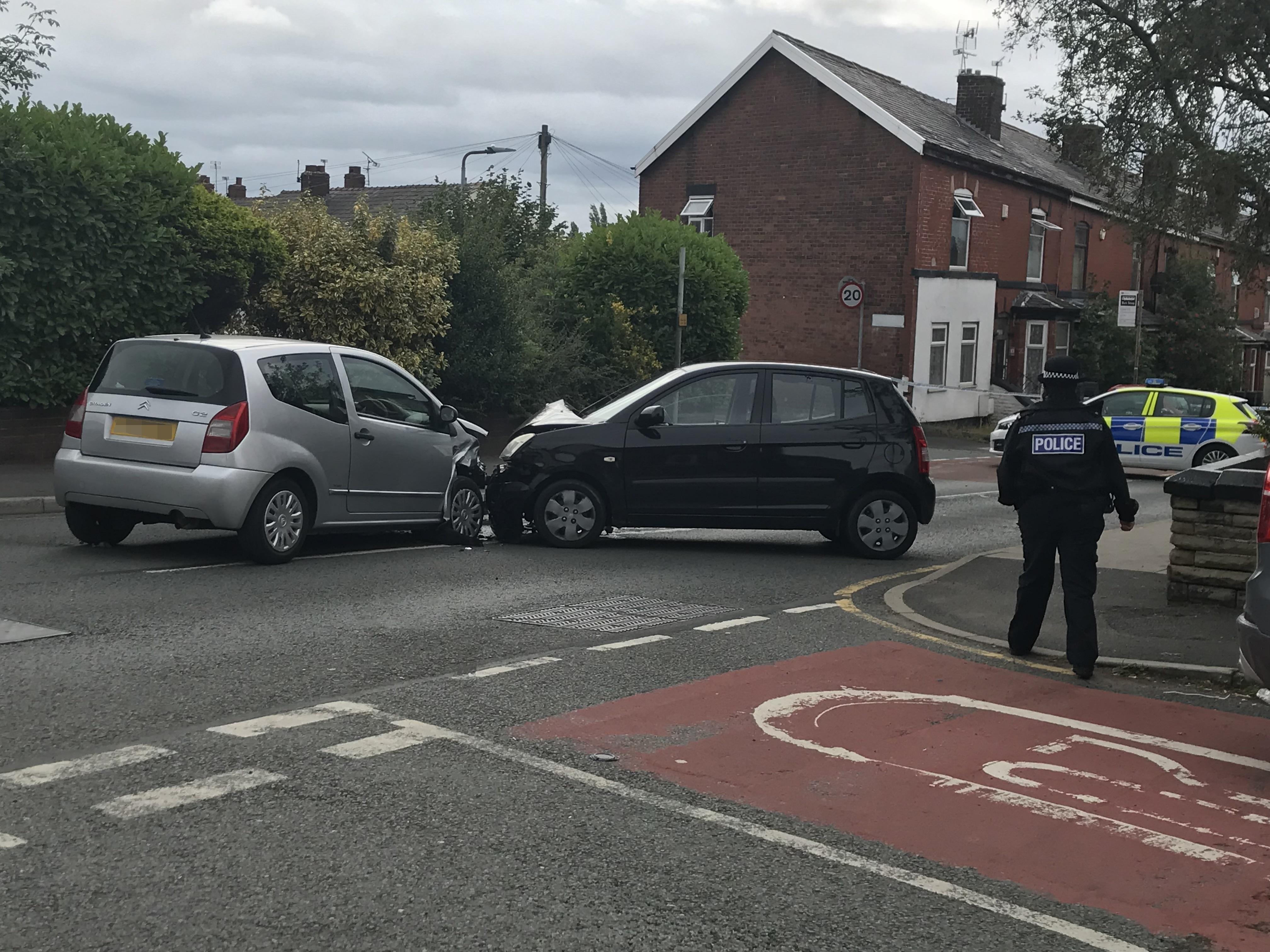 Chief Inspector Phil Spurgeon, of Greater Manchester Police, said: "An innocent man’s life has been cruelly taken away and we have specialist officers supporting his family at this unimaginably difficult time.

“My thoughts are with this man’s family and we are determined to get them some answers."

He added: “Although we have one man in custody, our investigation is in its very early stages and I would urge anyone with any information, no matter how small or insignificant you think it might be, to please get in touch as soon as possible.”

GMP officers remain at the scene and are appealing for any witnesses to come forward.