British and French military aircraft were scrambled to the North Sea today amid reports Russian planes were approaching UK airspace.

An RAF Voyager refueling jet circled off the coast of Northumbria for more than three hours after taking off from Brize Norton airbase shortly before midday.

It is thought the aircraft may have been supporting Typhoon fighter jets patrolling UK airspace, although the Ministry of Defence has declined to confirm this.

A security source told the Reuters news agency that a French fighter and support planes were also sent up to investigate ‘suspected Russian fighter aircraft’.

Russian security sites meanwhile reported a group of up to eight Russian planes flying towards Britain from the Barents Sea. 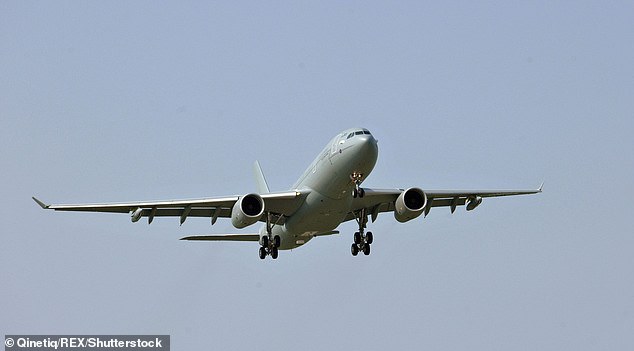 An RAF Voyager has been circling above the North Sea amid reports a group of Russian aircraft were flying towards UK airspace. File photo 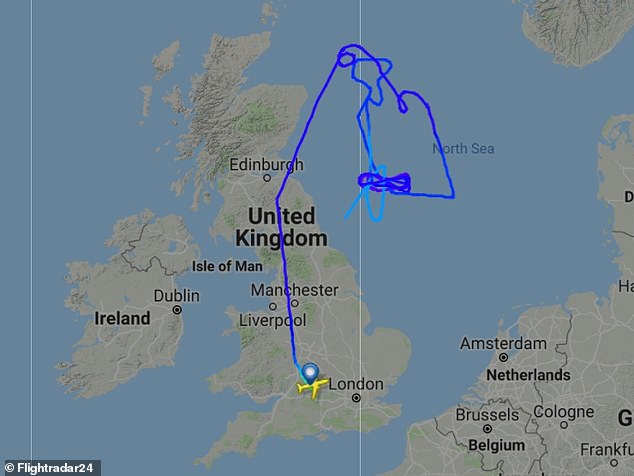 A flight pattern of the RAf refueling plane shows is circling over the North Sea. It is believed it was supporting Typhoon jets patrolling UK airspace 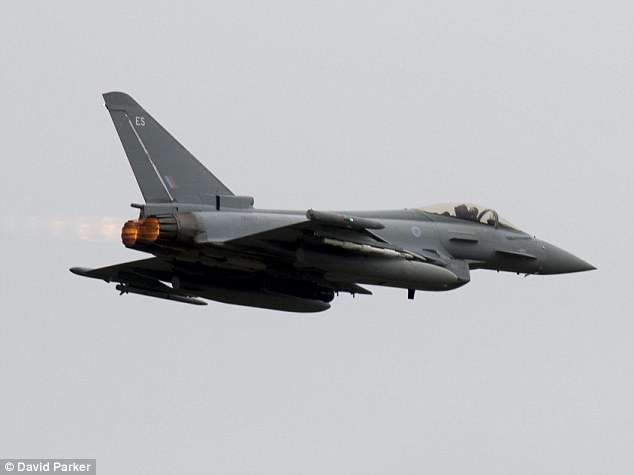 It is thought the plane was supporting RAF Typhoons from the Lossiemouth base. File photo

The team performed visual inspections of the aircraft’s status by hovering off the wings at speeds of 560 mph.

Around 60 Nato jets, mainly from European allies, are currently on alert to defend alliance airspace, as NATO deals with a dramatic increase in Russian air activity on its borders since Moscow’s annexation of Crimea in 2014.

In 2016, there was a record 870 interceptions in the Baltics alone.

Russia has cranked up the pressure this summer, holding the huge ‘Vostok 2018’ wargames in the country’s eastern regions.

Nato will hold its biggest exercise since 2002 in October and November in Norway, called Trident Juncture, and involving non-NATO Finland and Sweden, with more than 40,000 troops. 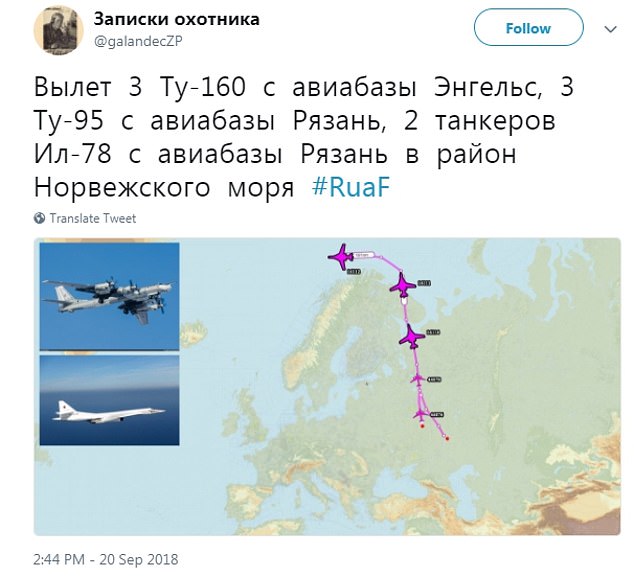 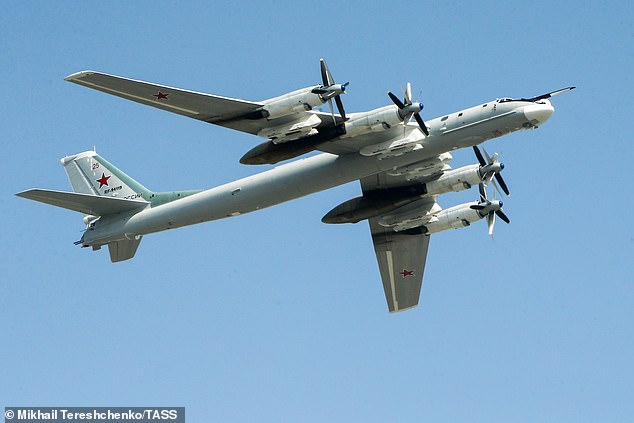 Russian sites claimed Tupolev Tu-95 bombers were among the group of Russian planes although this has not been confirmed. File photo 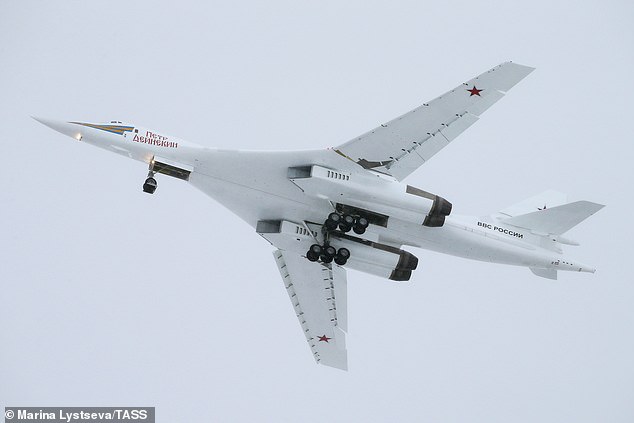