Footage shows the man standing in front of the vehicle to stop it driving off in the city of Naberezhnye Chelny in central Russia's Republic of Tatarstan. 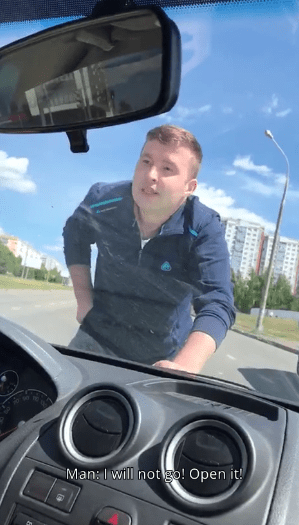 A friend of the mum begins filming from the passenger seat as she repeatedly tells him: "Go away!"

He says: "I will not go. Open it," before getting something from his pocket and concealing it in his fist.

The dad tries to convince her to open the car door but she revs the engine and he stands back in the way of the bonnet, pushing against the car.

He then begins to smash the car windscreen with the object in his hand, while the women and the tot can be heard screaming and crying. 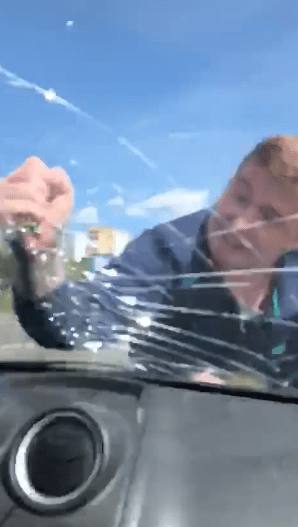 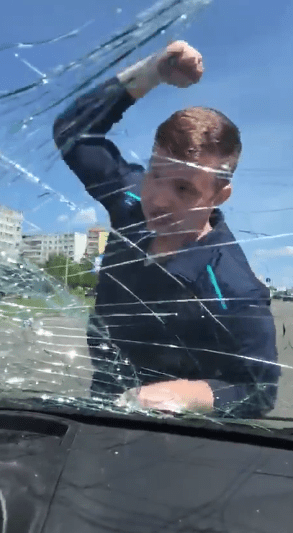 The man smashes the driver’s side window, puts his hand inside and unlocks the door.

He then opens the rear passenger door and picks up the crying girl and walks off with her in his arms.

According to local media, the former spouses have been at loggerheads over the custody of their daughter for a while now and could not reach an agreement.

Police confirmed that they have not received any official complaints about the incident. 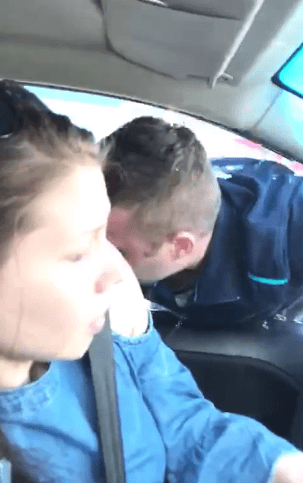 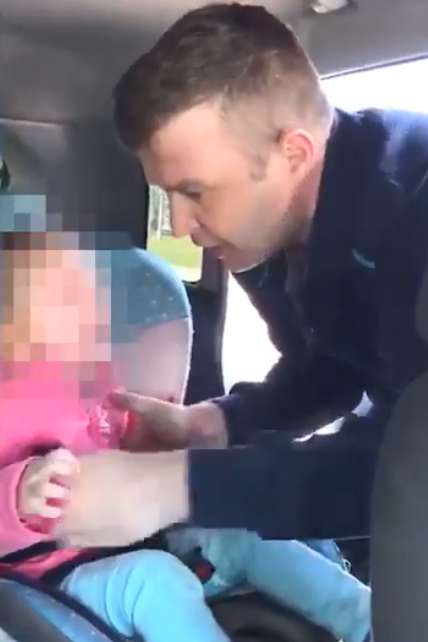