FOREST infernos in the exclusion zone around Chernobyl are nearing the exploded nuclear reactor with fears toxic air could contaminate Europe.

With winds swirling, emergency workers are rushing to build firebreaks around the sarcophagus covering the blitzed plant in Ukraine. 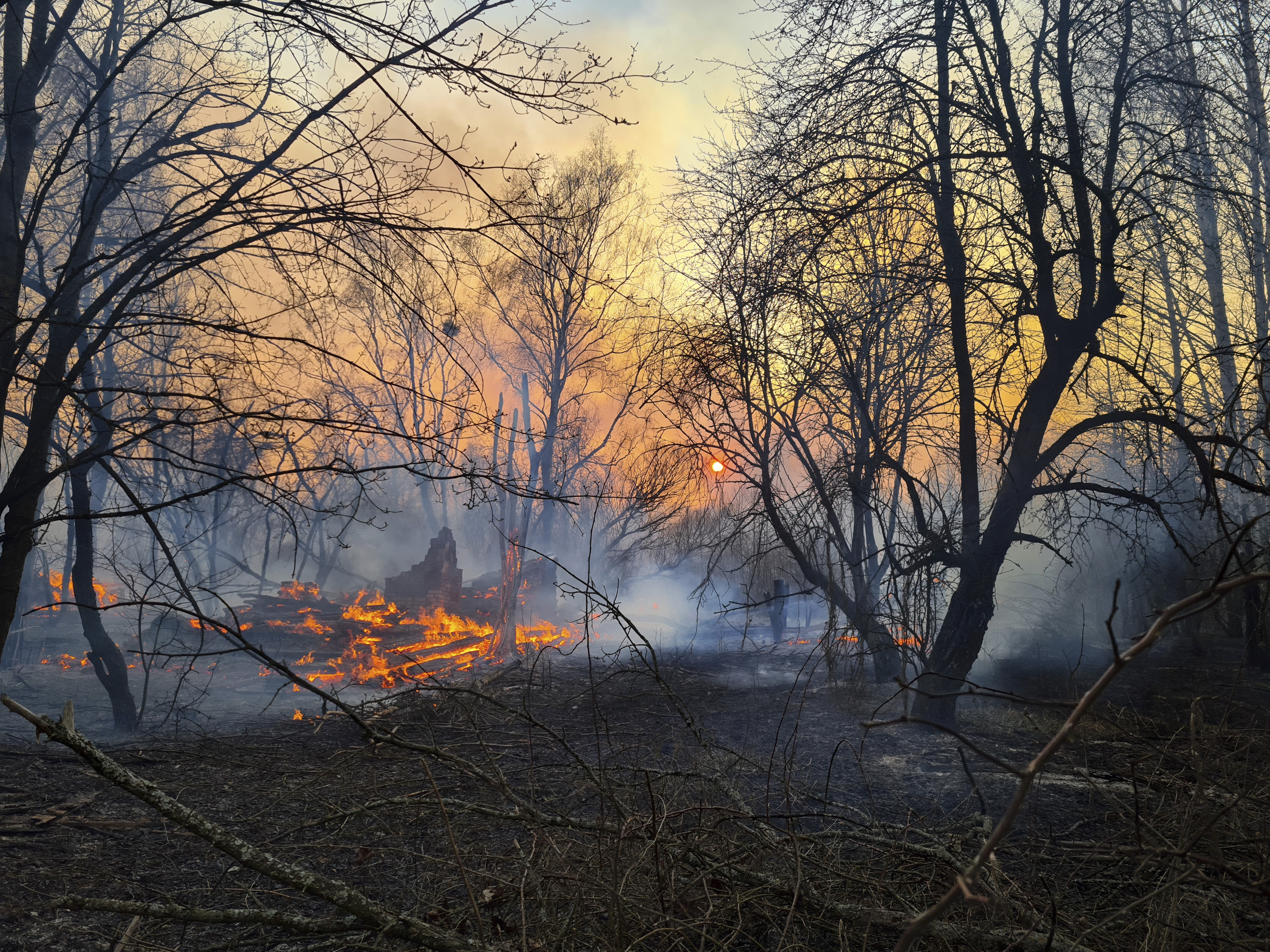 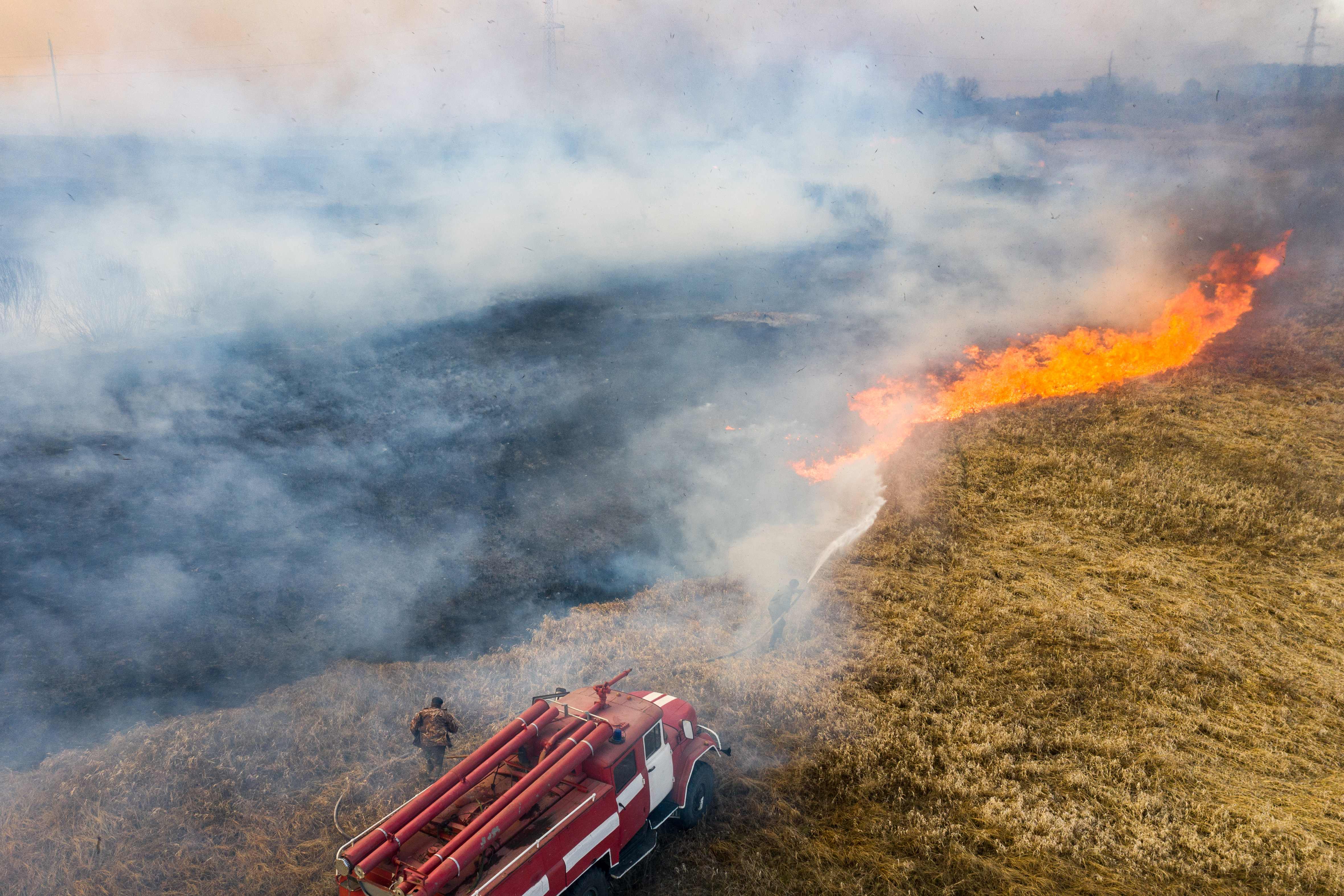 But there are also worries that flames could reach abandoned trucks and other vehicles deeply contaminated from the clean-up after the notorious 1986 explosion – spewing toxic fumes.

Footage shows an emergency vehicle driving through the raging fire and smoke laying waste to the polluted “dead zone”.

Fires have been blazing for nine days in the almost uninhabited 1,000-square-mile exclusion zone surrounding the dead zone.

There are fears  radiation in the ground could reak the Ukrainian capital, and other populated areas.

“The fire in the Chernobyl exclusion zone is beginning to get close to the sarcophagus,” reported dialog.ua Russian channel NTV said

Eyewitnesses put the flames at around “a couple of kilometres” from the shut plant.

Kateryna Pavlova, a senior official involved in the fight to extinguish the blazes admitted: "At the moment, we cannot say the fire is contained.”

More than 300 people and 85 pieces of equipment have been deployed daily in the fight to extinguish the flames which comes as Ukraine – one of Europe's poorest countries – is also battling against coronavirus.

Antonov planes (AN-32P) and two MI-8 helicopters which have air dropped more than 250 tons of water onto the blazing wildfires.

But after eight days of fighting the efforts still have little effect.

It's thought the fires were started by grass being burnt on nearby farmland, which leapt onto trees in the exclusion zone.

However, Ukrainian officials have said the fire was started deliberatley.

The 1986 explosion – initially covered up by the then Soviet government – sent radioactive fallout across Europe exposing millions to dangerous levels of radiation.

The catastrophe released at least 100 times more radiation than the atom bombs dropped on Nagasaki and Hiroshima.

Soviet authorities waited 24 hours before evacuating the nearby town of Pripyat – giving the 50,000 residents just three hours to leave their homes.

After the accident traces of radioactive deposits were found in Belarus where poisonous rain damaged plants and caused animal mutations.

But the devastating impact was also felt in Scandinavia, Switzerland, Greece, Italy, France and the UK.

An 18-mile radius known as the “Exclusion Zone” was set up around the reactor following the disaster. 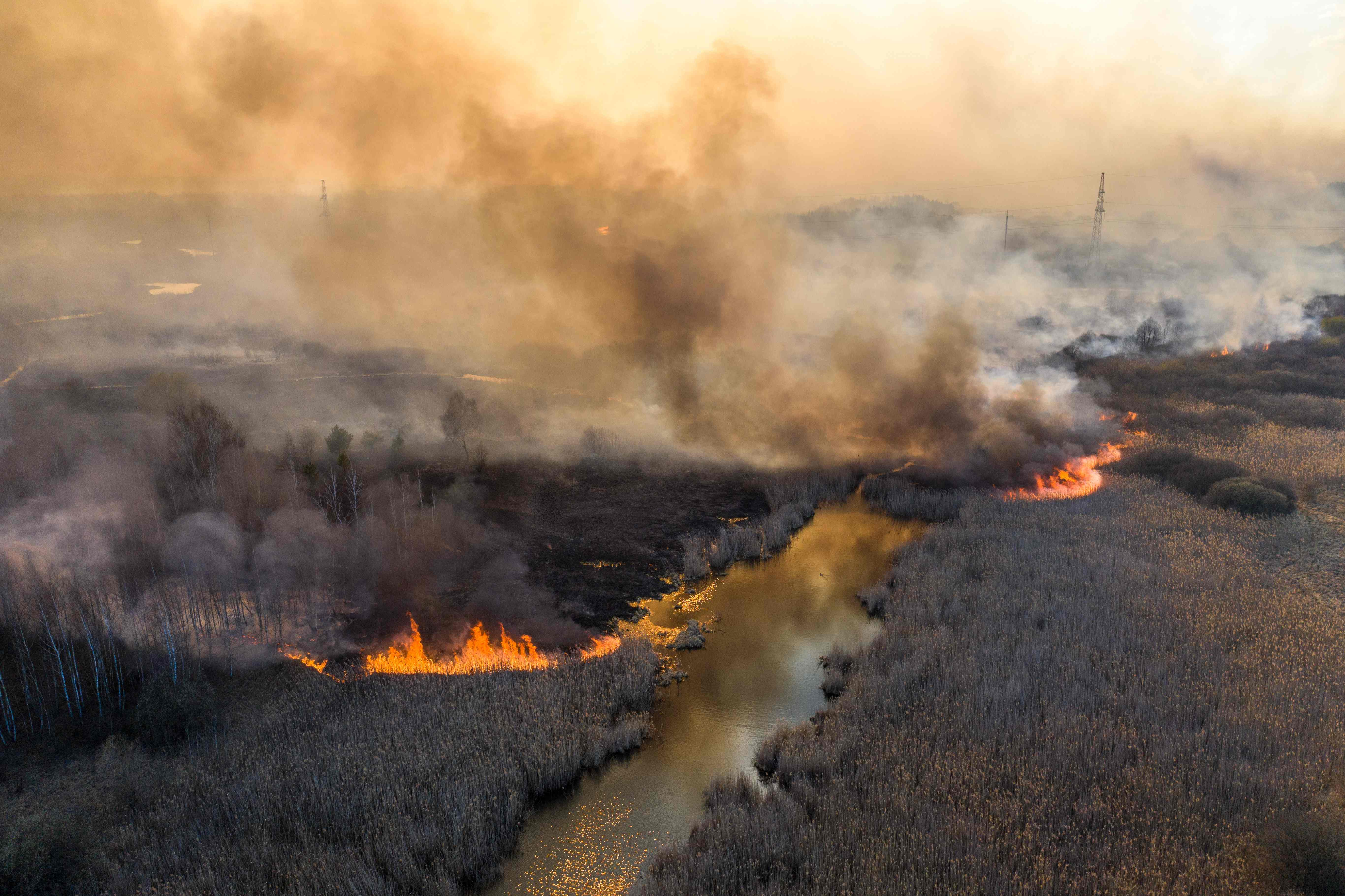 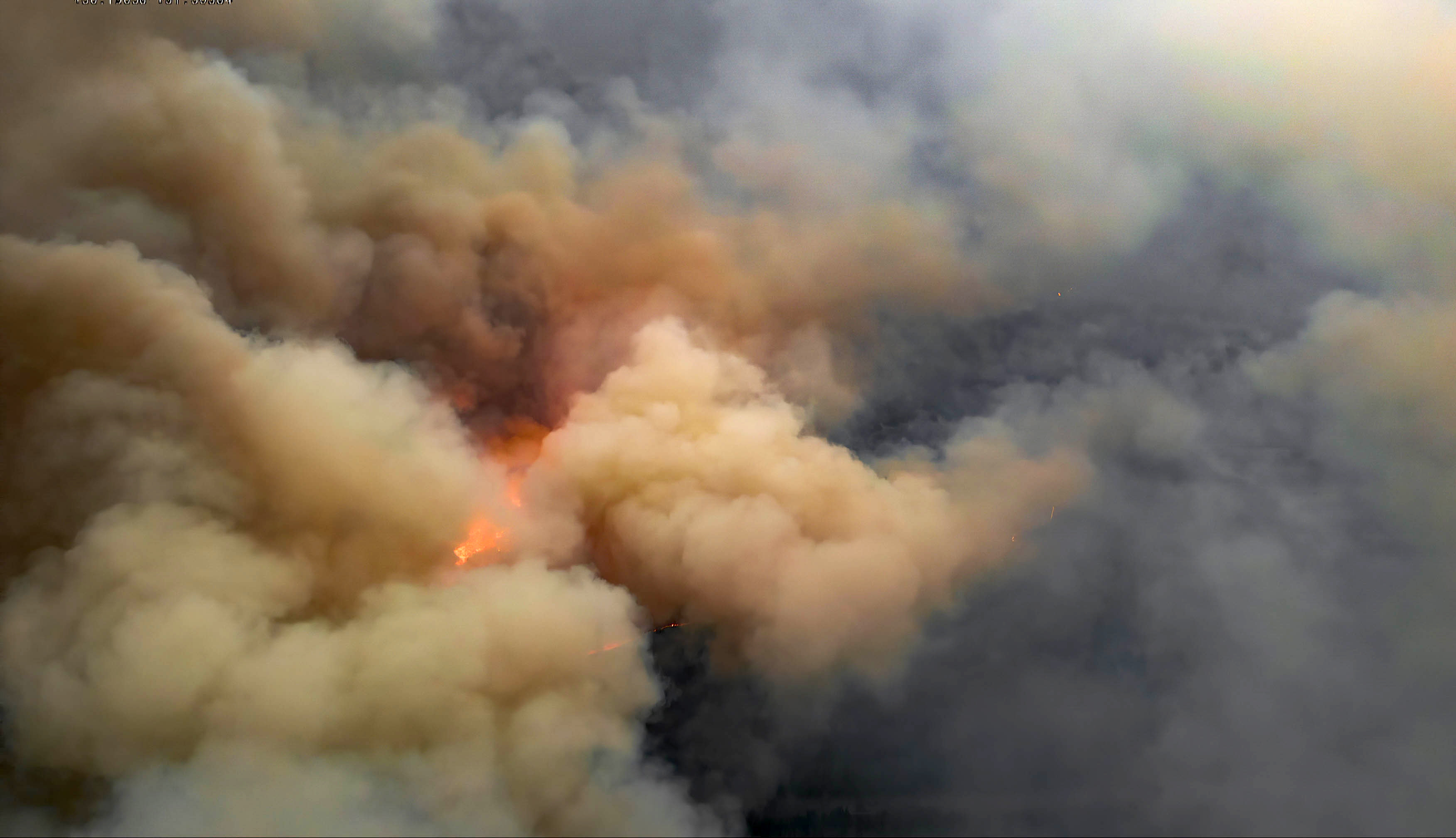 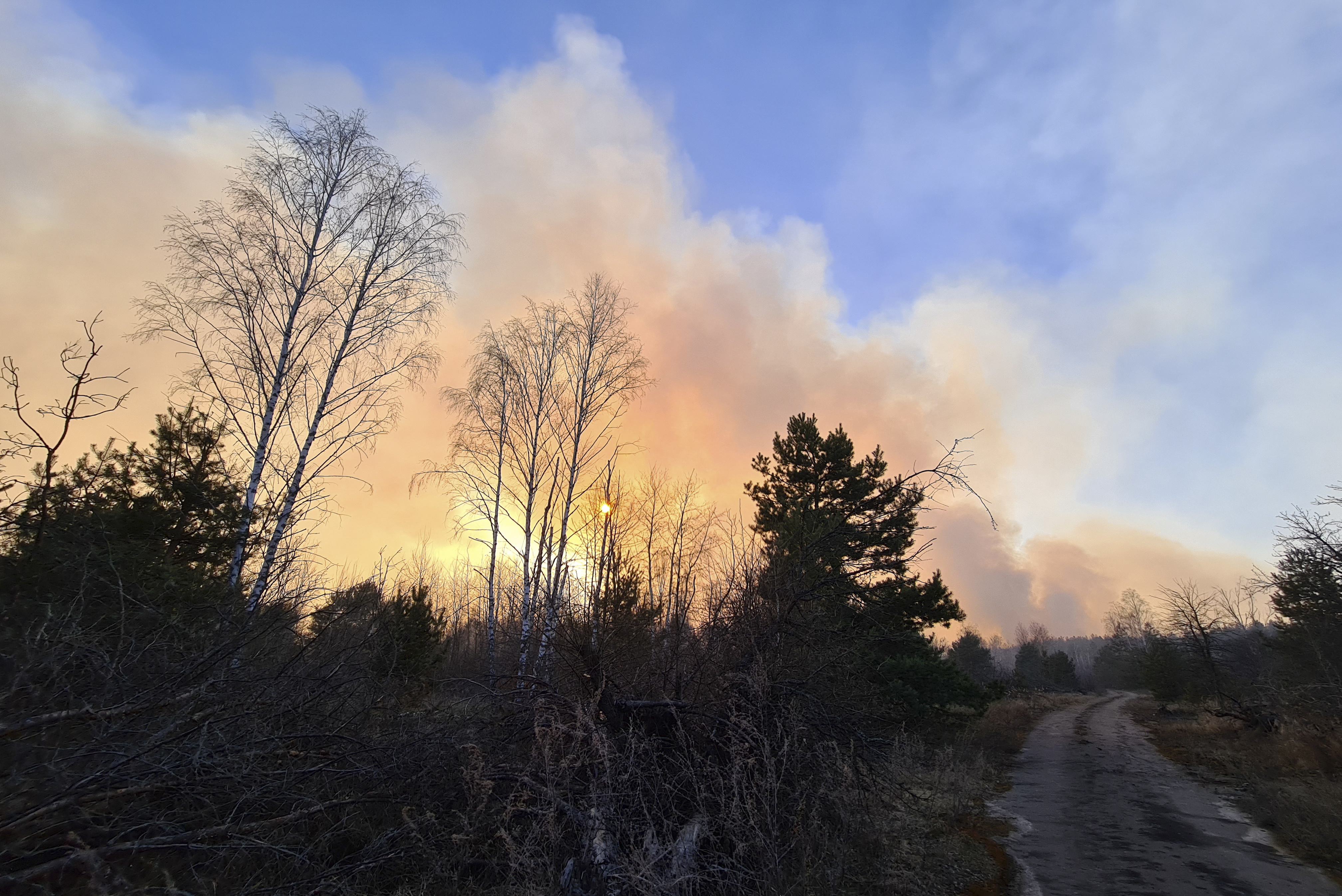 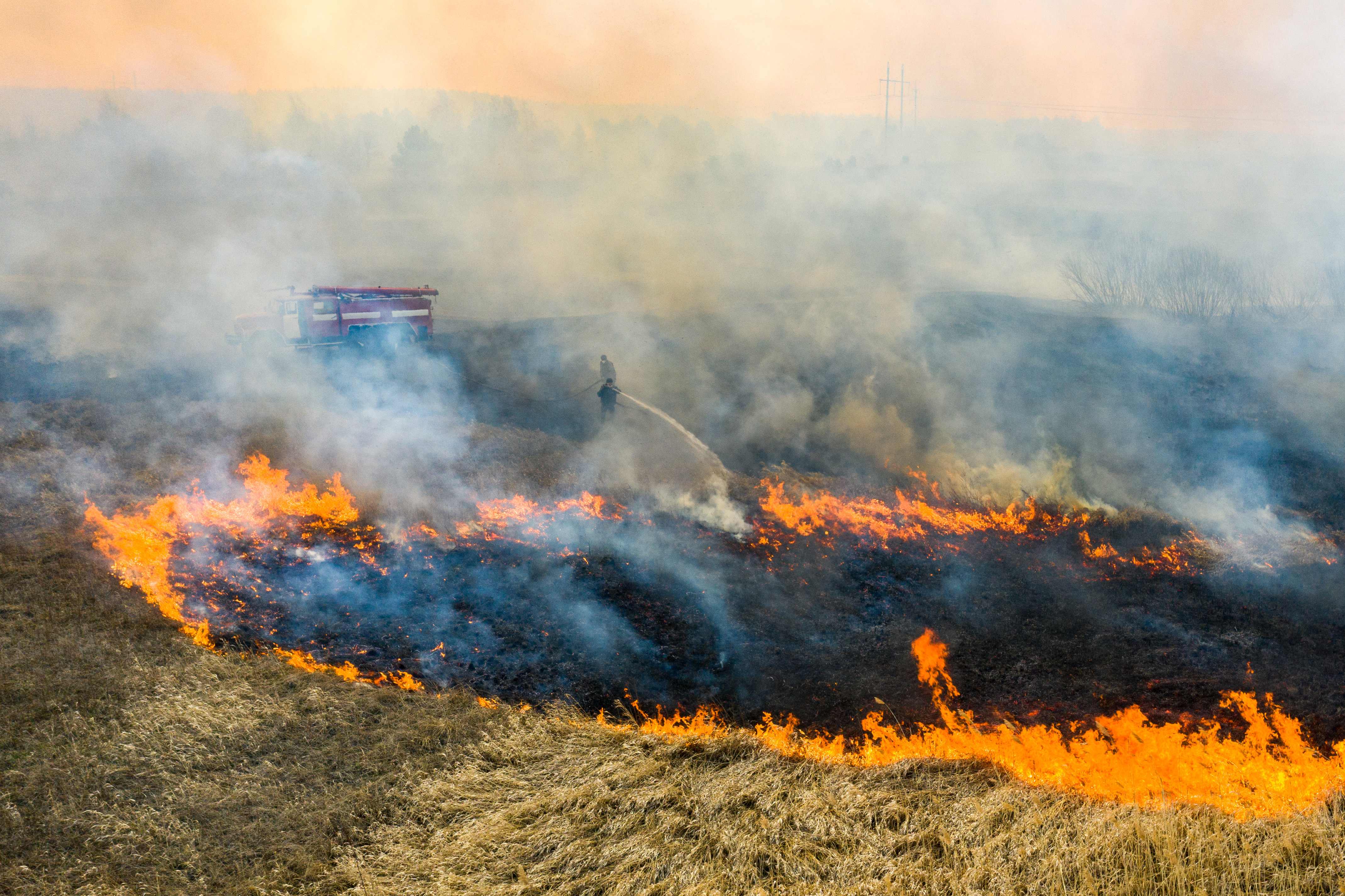 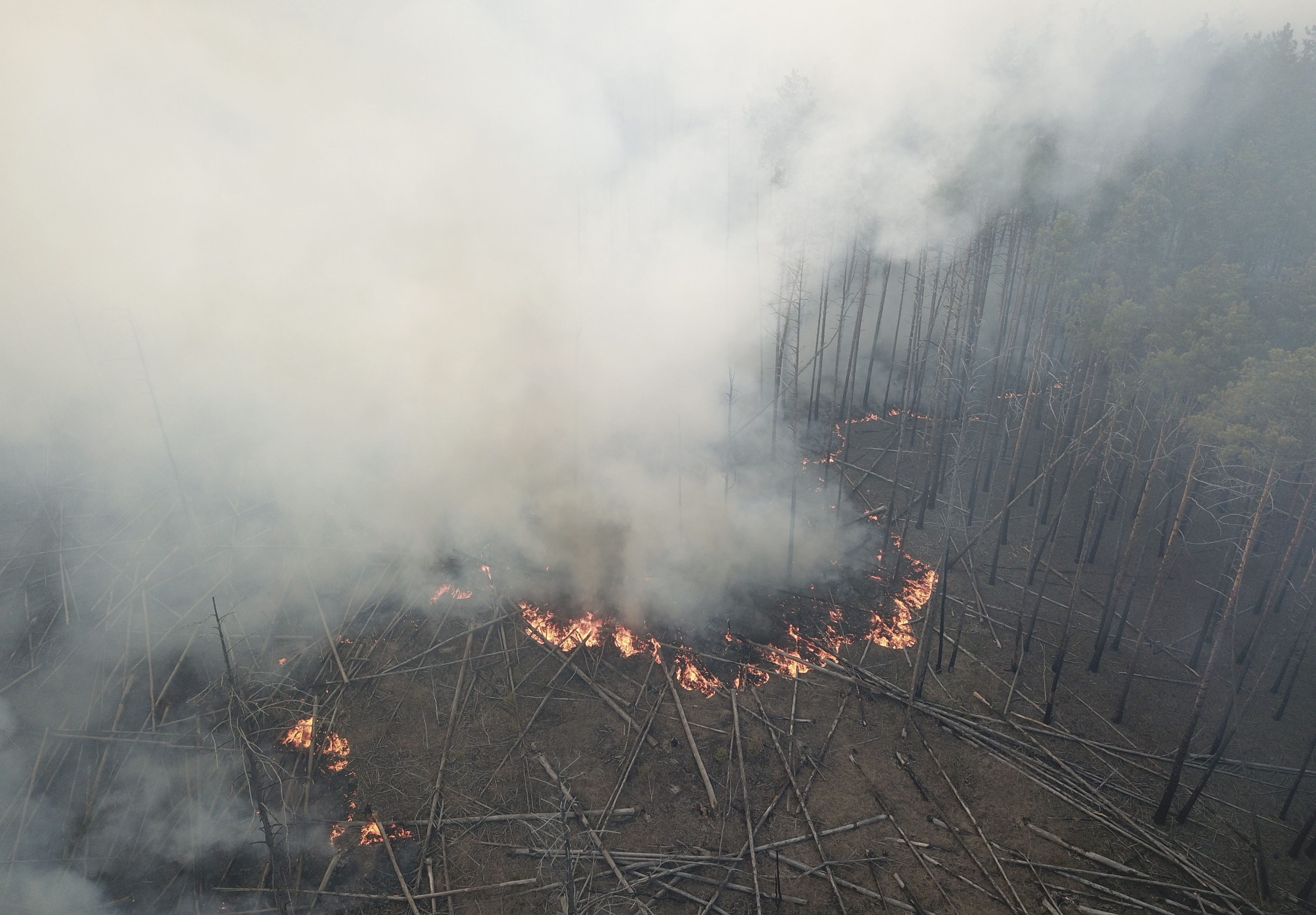