Trains were cancelled at Paddington station this afternoon after overhead power lines failed for the second time in a fortnight.

Great Western Railways said they were unable to operate services between Reading and London and were advising passengers not to travel between these places today.

However National Rail have now said lines are starting to reopen but delays of more than 90 minutes and sudden cancellations should be expected.

Passengers, some who had been delayed for more than two hours, were also urged to check their journeys before travelling.

It is believed that a section of the power wires collapsed between Paddington and Hayes & Harlington. 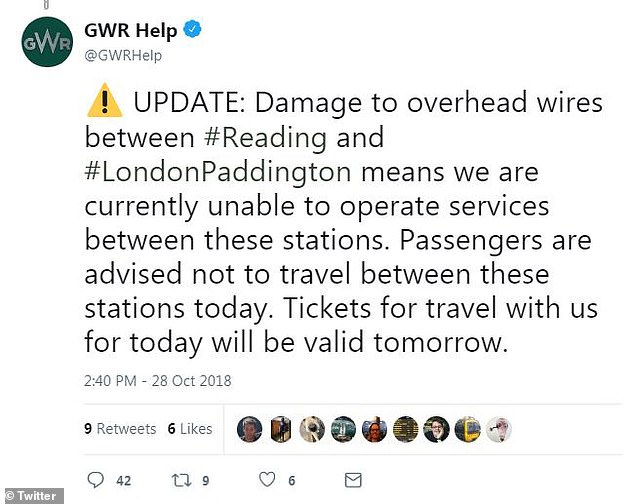 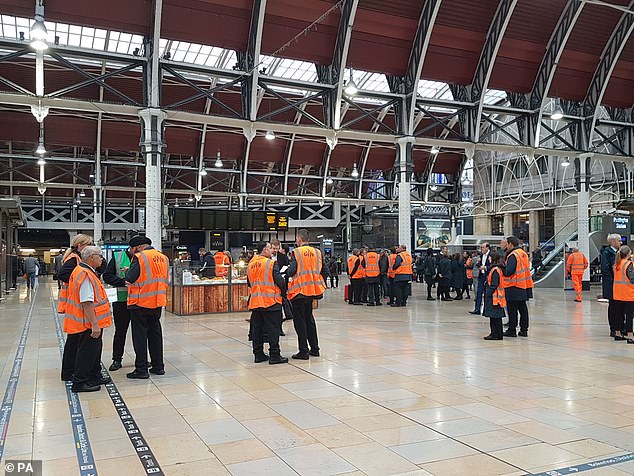 However tickets for today will be valid for travel tomorrow.

Dozens of frustrated passengers have posted on Twitter about the chaos and their trouble getting to their destinations today.

Some people have had more than two hours added to their journey time because of the cancellations.

One person wrote: ‘Great, we’ve now been turfed off the Paddington train at Reading now having to stand on a packed train to Waterloo..not happy.’

Another said: ‘It has now taken us three trains to get home as no trains out of Paddington because of overhead wire problems again!

While another posted: ‘ALL trains have been cancelled from London Paddington and it’s absolute chaos.’

Others even got off their stuck trains and stood on the tracks after the lines failed.

Great Western Railway said 10 trains in the section of the collapsed lines were stuck, but have since been evacuated, reports the BBC. 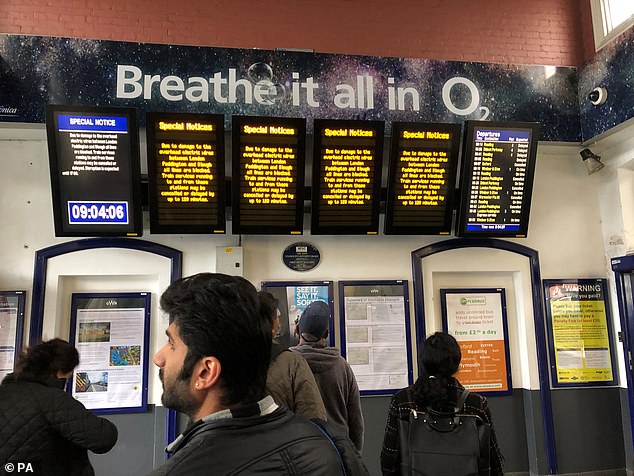 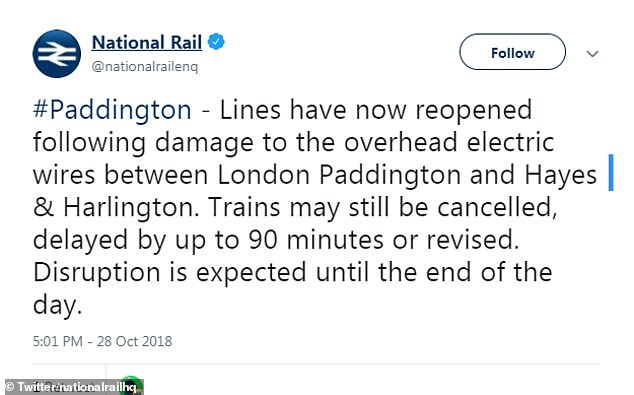 Paddington station was almost deserted during the morning rush-hour as commuters were told many key routes would be suspended for much of the day.

Trains were unable to run between London Paddington and Slough or Heathrow Airport after 500 metres of overhead electric wires suffered ‘extensive damage’ at Ealing on Tuesday night.

A Great Western Railway spokesman said the damage was caused by a Hitachi test train running from London to Bristol depot at around 10pm on Tuesday.

Many trains became stranded between Paddington and Reading due to a loss of power supply, and GWR said a reduced timetable would impact most mainline routes.

Travellers trying to get to Heathrow were told to take the much slower Piccadilly Tube line to the airport, or a bus-replacement service.