THE UK has the most unfaithful spouses in Europe with over two million randy Brits using cheating website Ashley Madison.

Despite our continental cousins in France and Italy enjoying legendary reputations as hot-blooded lovers – it’s Britain who top the charts when it comes to promiscuous online flings. 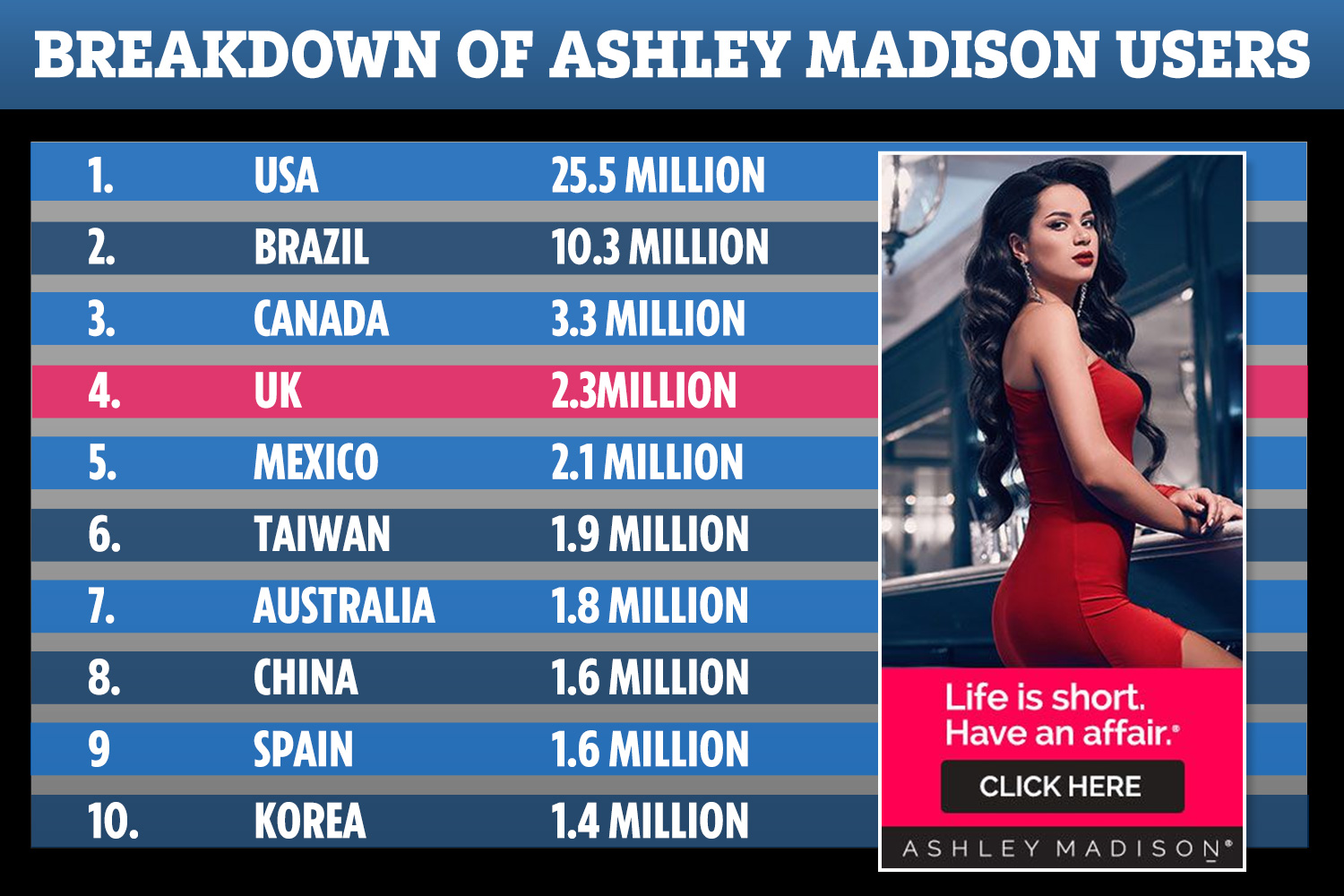 Ashley Madison, which hit the headlines in 2015 after a massive data leak, has shared some startling statistics with Sun Online.

The dating site, whose motto is ‘Life is short. Have an affair’, says that a whopping 2.3 million Brits have used their service since its launch its launch in 2010.

Incredibly, the firm has seen a huge 54 percent surge in UK users since its “discreet” platform was hacked in 2015.

In fact, Britain is the fourth naughtiest nation on the planet behind the US, Brazil and Canada.

Our nearest European rivals is the devoutly Catholic Spain which has seen a meagre 1.6m want-a-way spouses use the service.

The UK has always been our number one European market…

Christoph Kraemer, Ashley Madison’s Managing Director of Western Europe, told Sun Online why he believes the firm’s platform is so popular with Brits.

He said: “The UK has always been our number one European market followed by Spain ahead of countries such as Germany, France or Italy.

“We find that in countries where they are a lot of social norms such as lots of traditional views on relationship and marriage – we tend to particularly well.

“In those kinds of societies, quite often people are left feeling trapped in their relationships.

“The analogy I always use is that the tighter the corset the more you want to break out of the corset.” 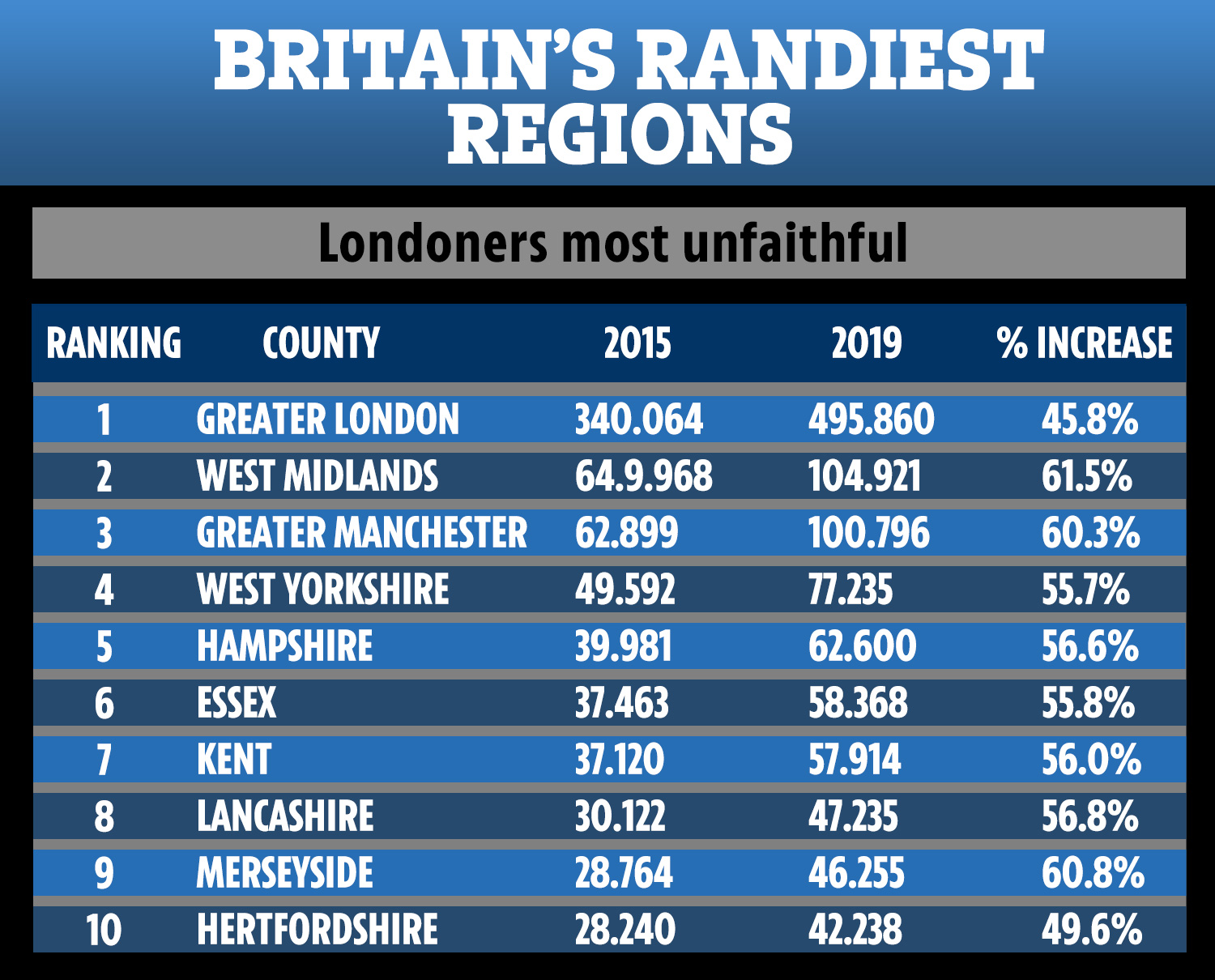 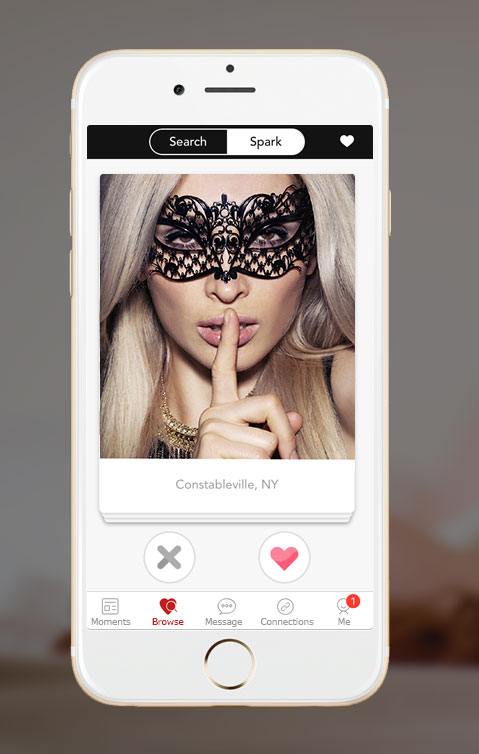 Data from the 2015 data leak showed that the site had over 70,000 bot accounts posing as females and sending fake messages to unsuspecting men.

However, Mr Kraemer insists that there are now zero fake accounts on Ashley Madison after the company changed their approach to security.

He said: “We reinvented our entire security infrastructure. We are not among the safest platforms which exist.

“We have changed radically since 2015 and there are now zero bots or fake accounts on the site. I can safely say that and swear to it.

“We have a quality control team which flags bogus accounts and those profiles get blocked. We monitor this very closely.

“We more than doubled our security team since the data leak and we work together with group 'Hacker One' which is a prime online security companies established by experts including former hackers.”

The site works with a credit model meaning that male users are allowed to browse the site but in order to make contact with another profile, they have to pay.

However, the platform is completely free for female users meaning that there is slightly more women than men on the British version of the site.

Members also encouraged to flag accounts which are bogus or acting in an anti-social manner, Mr Kraemer said.

Asked why the site remains so popular, he added: “Obviously there is a need for our service – the statistics show this.

“Human beings don't change and we offer a discreet alternative option which enables people to look for an affair.

“People usually look for affairs within their family, friends or work environments – and those environments have a very high risk of being discovered.

“We offer a secure and safe environment which certain people are searching for.”