The photographs are black and white, and at times are out-of-focus or spotted, but one thing is crystal clear: the glamour of the Kennedy family.

More than 1,700 vintage snapshots of the Kennedy family at home and on vacation are now available for viewing online.

The John F. Kennedy Presidential Library and Museum completed an 18-month project to catalog and digitize the photographs that’s sure to feed the nation’s continuing obsession with Camelot. 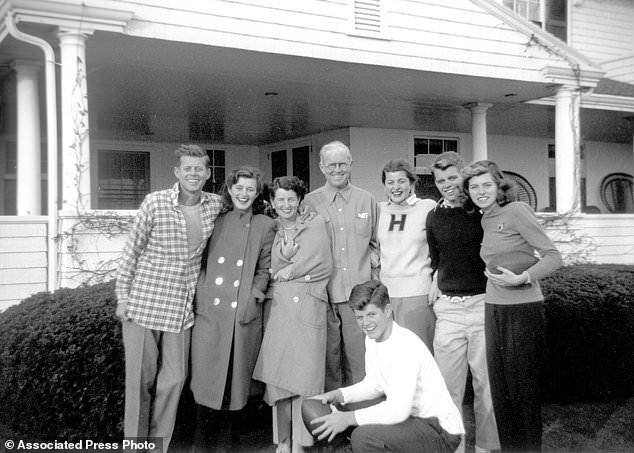 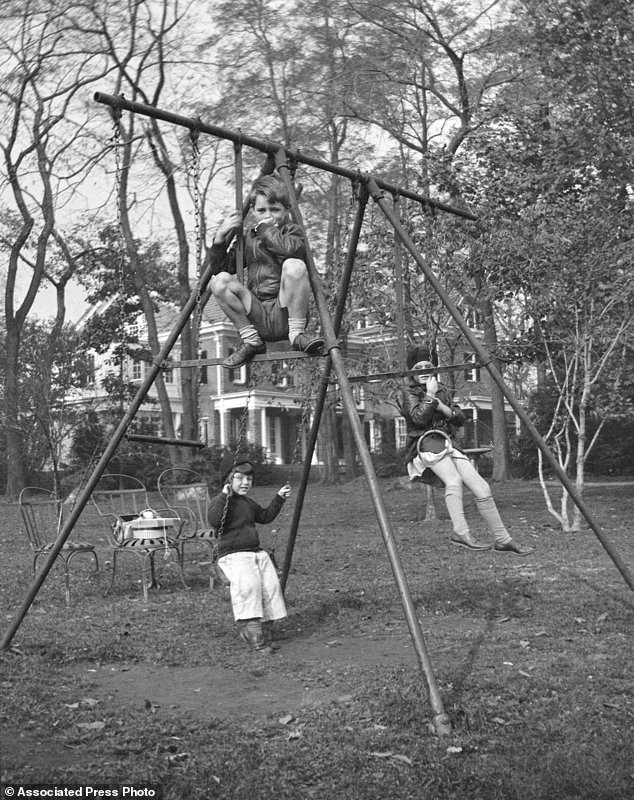 “It’s just fun to see where the camera took them,” said Nicola Mantzaris, a digital archivist who helped compile and catalog the fragile negatives, all carefully stored in subfreezing temperatures to slow their chemical decomposition.

“If you think about your own family photos and in what disarray they are in and just the volume – there’s definitely a universal aspect to this,” she said.

Many of the photos are ordinary snaps of typical American family life in the first half of the 20th century: vacations, holidays, kids mugging for the camera, meals captured ever so slightly out of focus.

But the candid images throw open a new window into a world that few have been able to peer into without physically visiting the presidential library in Boston, and even then by appointment with an archivist.

The collection is the culmination of what presidential historians dubbed the “Nitrate Negative Project,” a nostalgic look back at the Kennedys through the lenses of the affordable cameras and black-and-white film that ushered in the era of amateur photography and family albums. The new technology also laid the foundation for today’s social sharing platforms such as Instagram, complete with a few amusing instances of Kennedys appearing to photobomb one another. 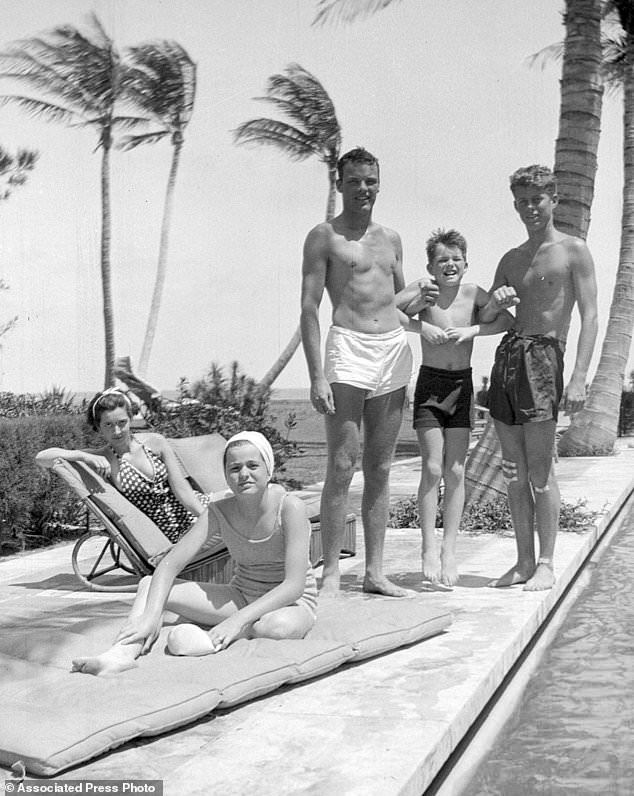 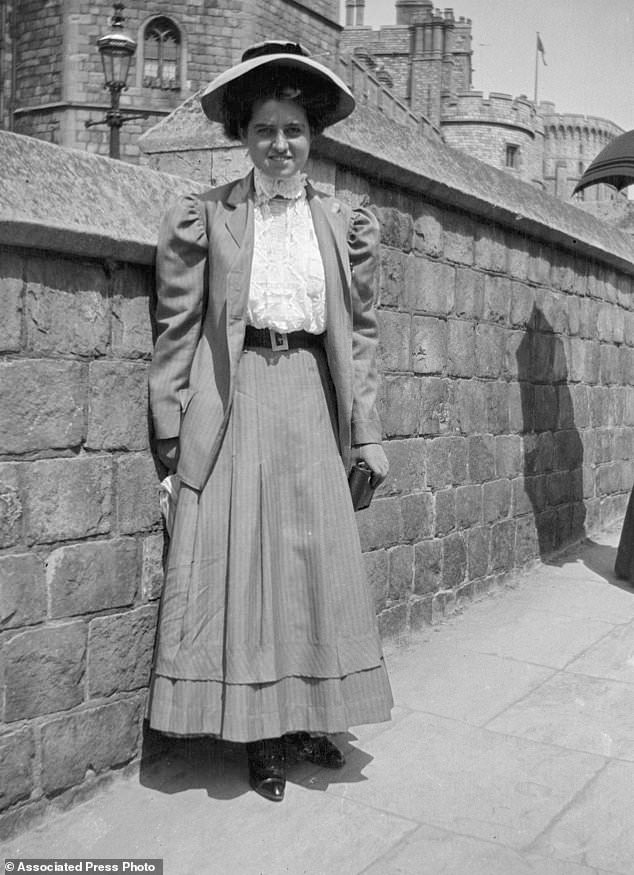 The digitization effort was launched last year to coincide with celebrations marking the 100th anniversary of JFK’s birth.

“They’re the closest counterpart to a royal family that Americans have,” said Patrick Maney, a Boston College professor who specializes in presidential history.

“There’s a perception that it was a golden age in America, and in some ways it was,” he said.

These photographs fascinate all the more because they were taken before most of their youthful subjects went on to greatness. 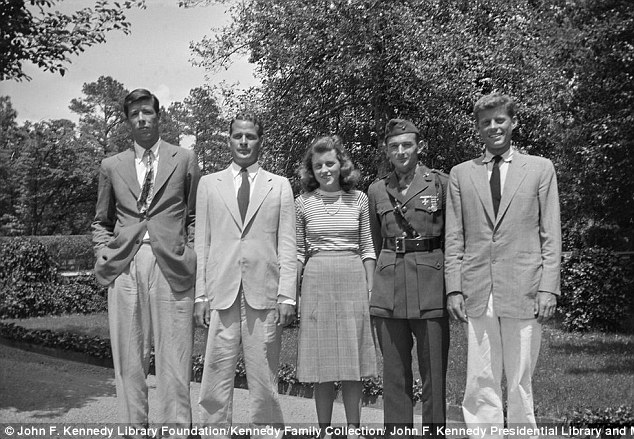 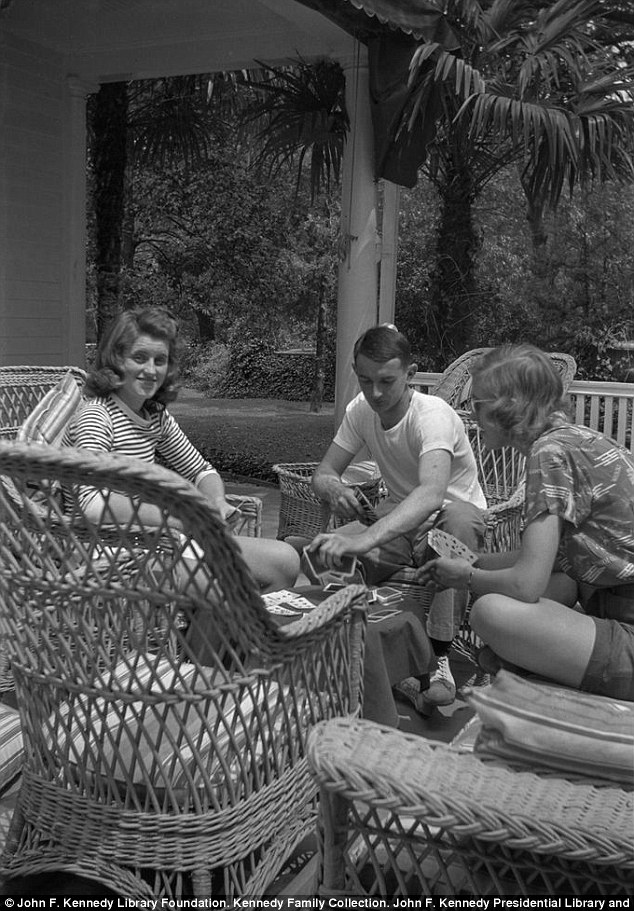 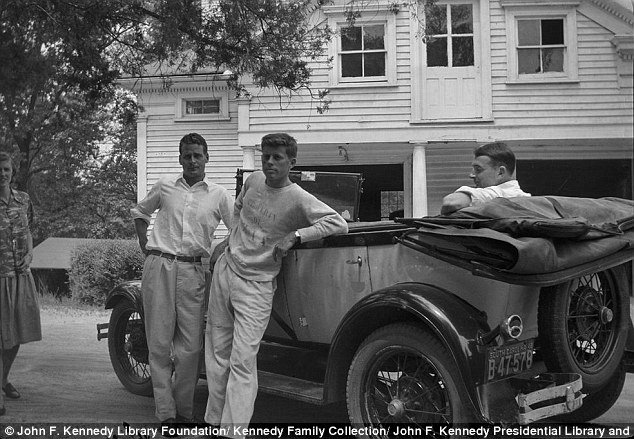 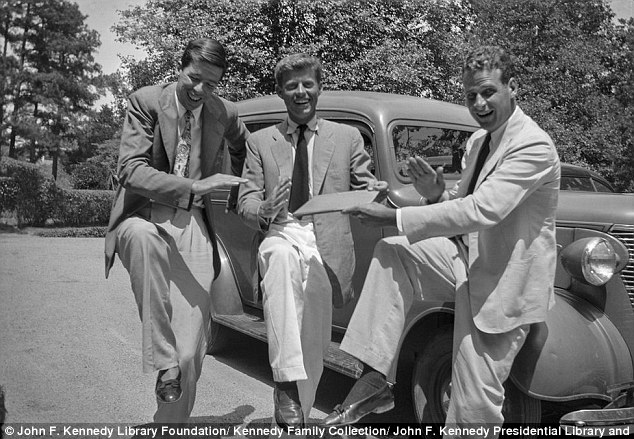 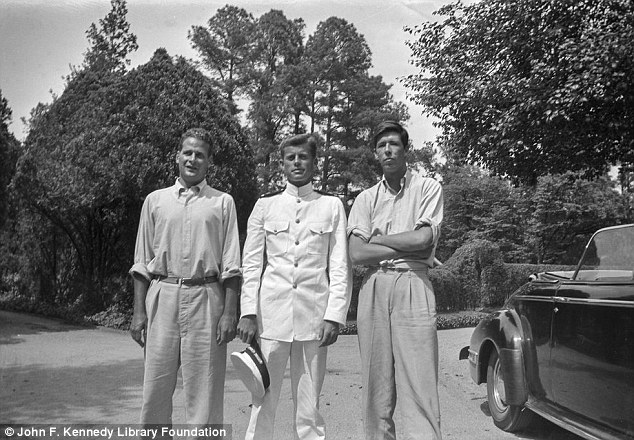 John F. Kennedy (center) joined the US Naval Reserve in late 1941. He is with friends John ‘Zeke’ Coleman, Jr. (left), and Charles ‘Chuck’ Spalding, in Charleston, South Carolina in 1942 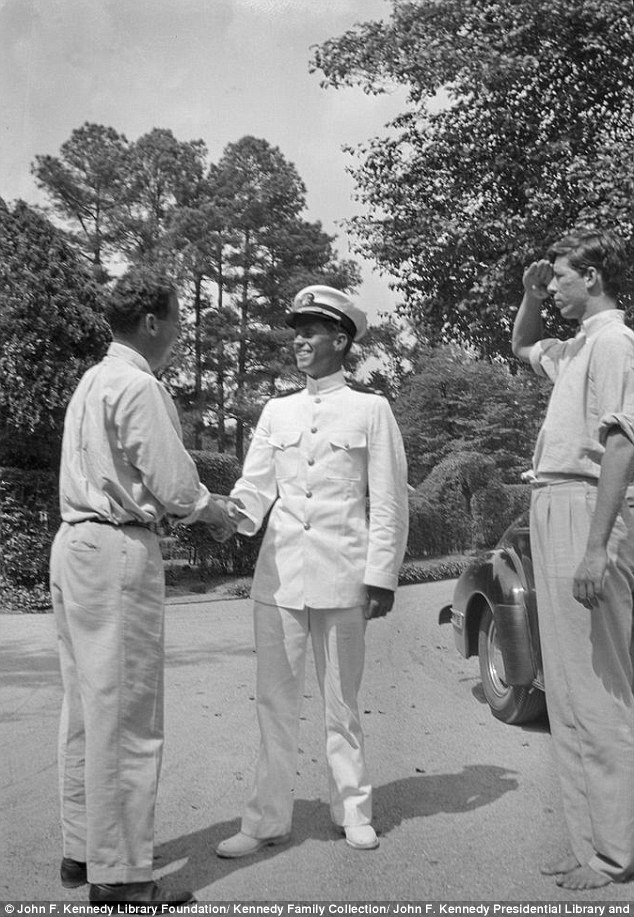 John F. Kennedy was commissioned as an ensign with the US Naval Reserve in 1941, and would raise through the ranks to command his own boat – a motor torpedo boat called a PT-109 – in the South Pacific. He is shaking hands with his friend, John ‘Zeke’ Coleman, Jr. while Charles ‘Chuck’ Spalding salutes at right

JFK, captured toothy and goofy in the collection, became the nation’s 35th president, and his assassination in Dallas on Nov. 22, 1963, still guts older generations of Americans.

Before running for office and after graduating from Harvard, Kennedy joined the US Naval Reserve in late 1941 and was commissioned as an ensign. He would raise through the ranks to command his own boat – a motor torpedo boat called a PT-109 – in the South Pacific, conducting nightly raids on Japanese barge traffic, according to a National Park Service article.

He received the Navy and Marine Corps Medal and the Purple Heart for his military service, according to the article.

No less evocative: How one can see in their young faces their adult selves – hints of the impactful public servants and household names they would become.

The flapper fashion of the era, too, captures the imagination: bobbed hair, cloche hats and cigarettes.

JFK, especially, “is still alive in a way,” said Maney, the Boston College expert, who was in high school when Kennedy was gunned down. Although some have suggested JFK’s star power may be dimming just a bit, Maney doesn’t buy it. 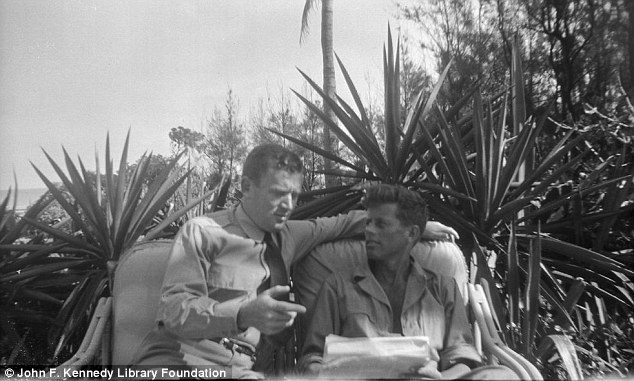 The vast collection of photos shows the Kennedy at their homes and on vacations. Here, John F. Kennedy sits outside the Kennedy family home in Palm Beach, Florida in 1945. Next to him is Paul ‘Red’ Fay 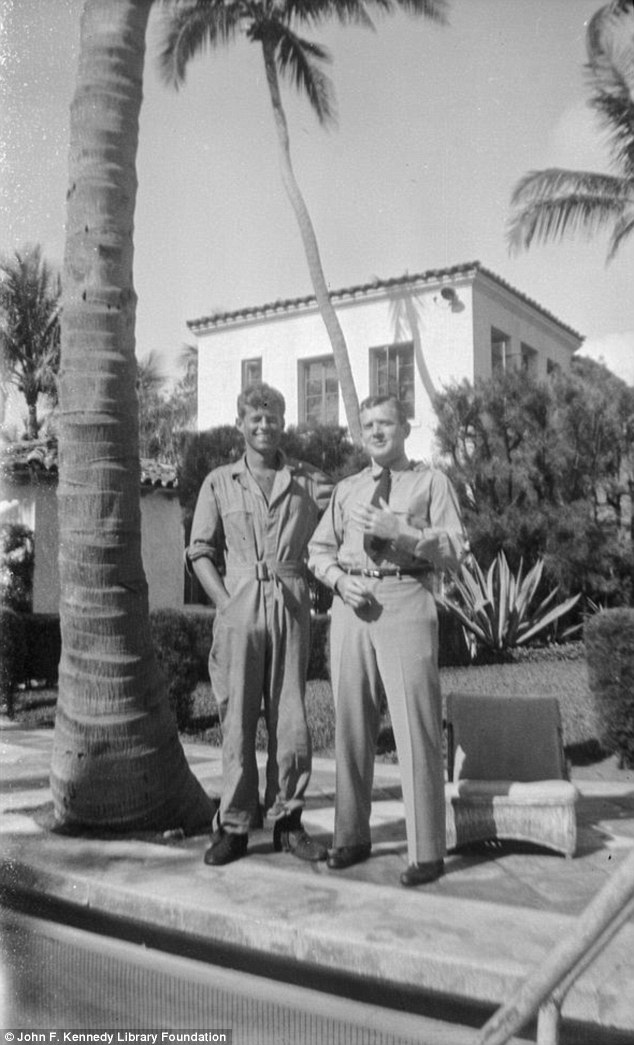 By the family pool at the Kennedy’s home in Palm Beach, Florida in 1945. JFK (left) is in overalls with his friend, Paul ‘Red’ Fay (right) 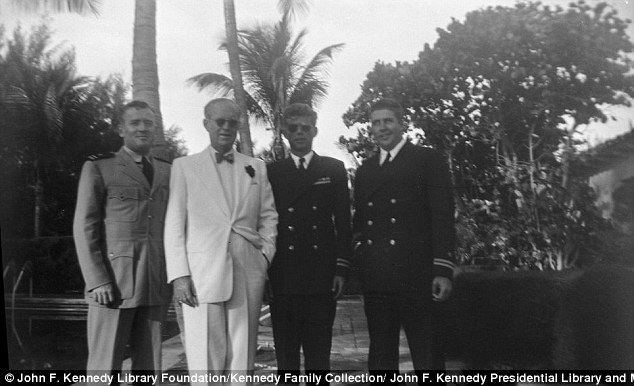 John F. Kennedy (second from left) is wearing his US Navy officer’s uniform. He would receive the Navy and Marine Corps Medal and the Purple Heart for his military service during World War II. He stands next to his father, Joseph P. Kennedy (left) and his friends, Paul ‘Red’ Fay (far left) and Ben Smith (far right) 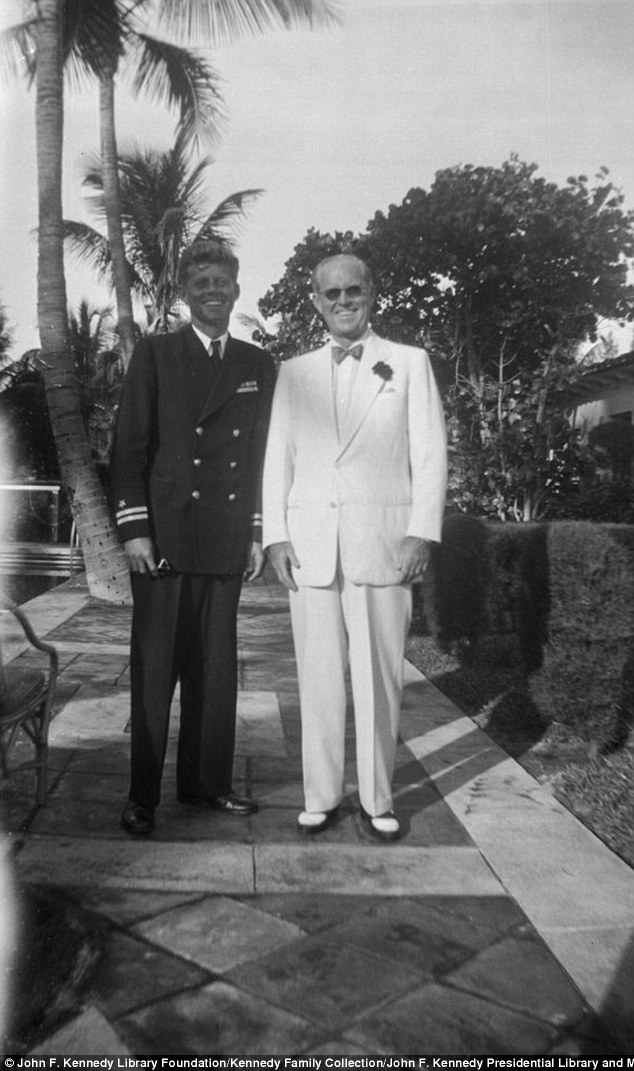