Footage shows the suited cyclist pedalling on his bike with his phone stuck to his ear while travelling just inches from a double-decker. At one point the unknown commuter threads himself between a taxi and the bus with just inches to spare — before letting go of the handlebar completely.

He cycles for several yards with both hands off the bike as he continues yammering on the phone.

Witness Kevin Portch captured the shocking video on his dashcam in Piccadilly, Central London — one of the most congested areas in the capital.

He said: "It annoyed me because he was really putting his life at risk as he weaved in and out of the cars. 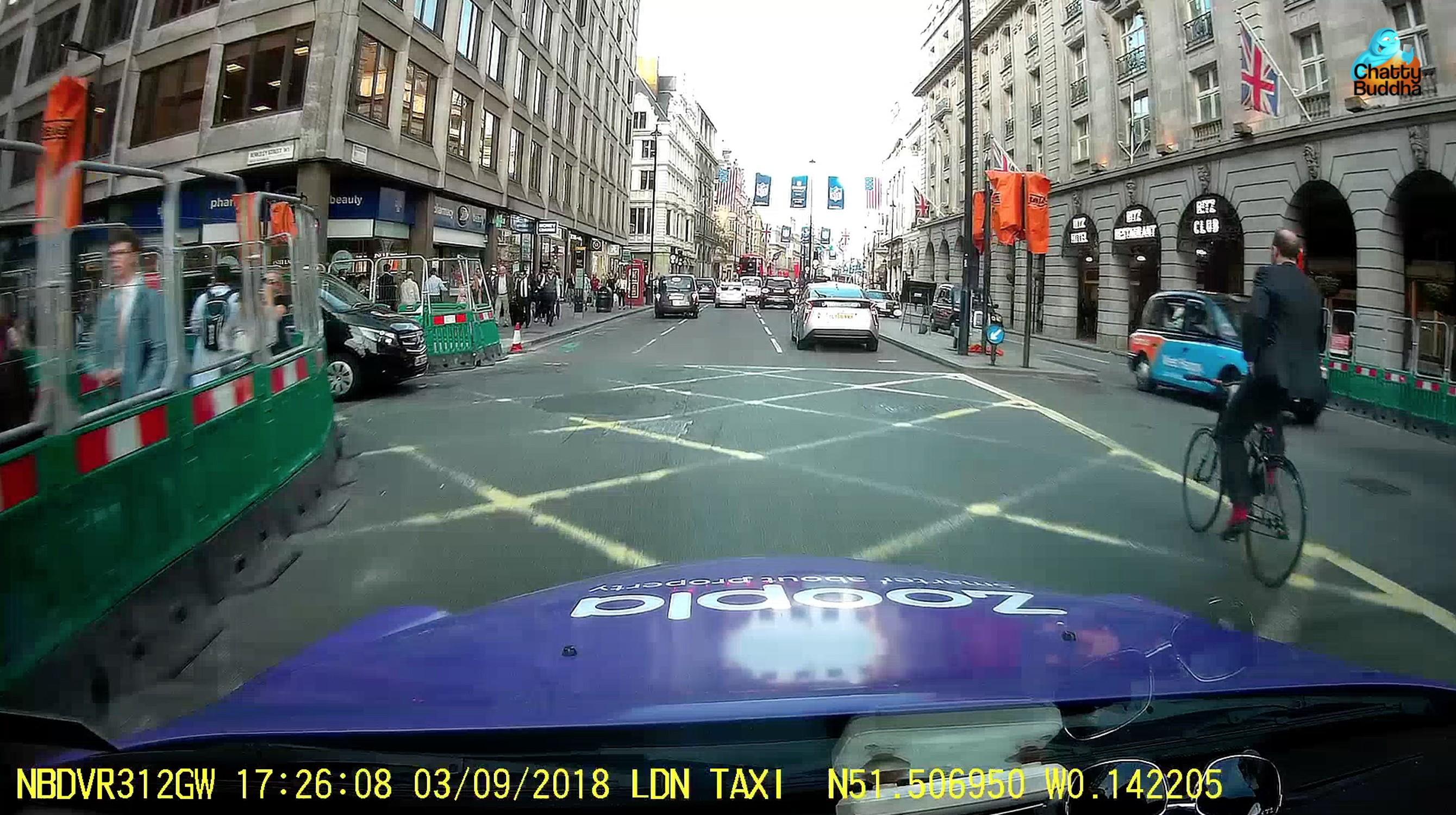 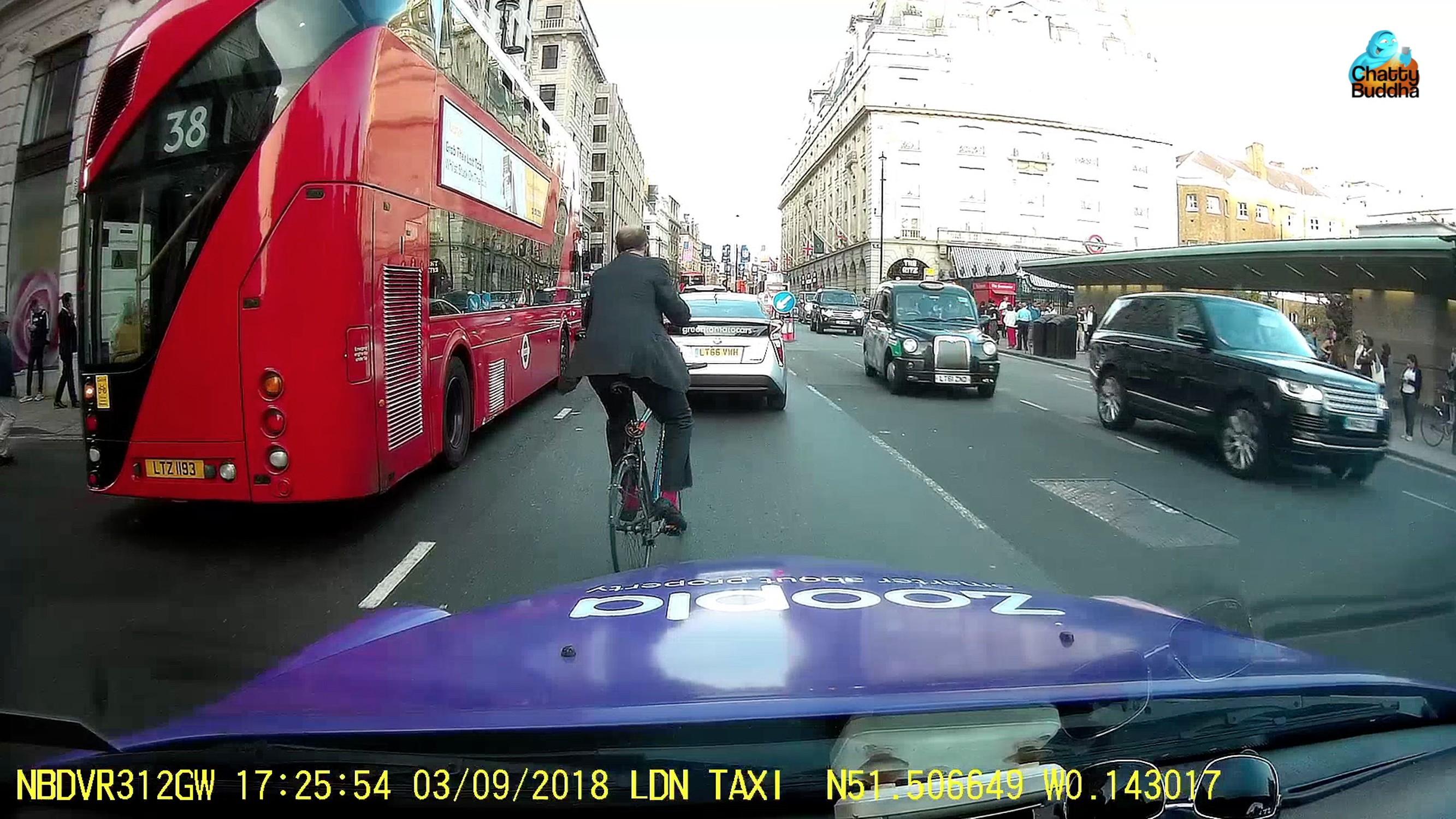 “To make matters worse, he took his other hand off the bike and wasn't even touching the handlebars.

“If a car unexpectedly stopped, he would have gone flying."

It is not explicitly illegal to speak on the phone while riding a bike.

But a cyclist could face a fine of up to £1,000 if they are found to be cycling carelessly. 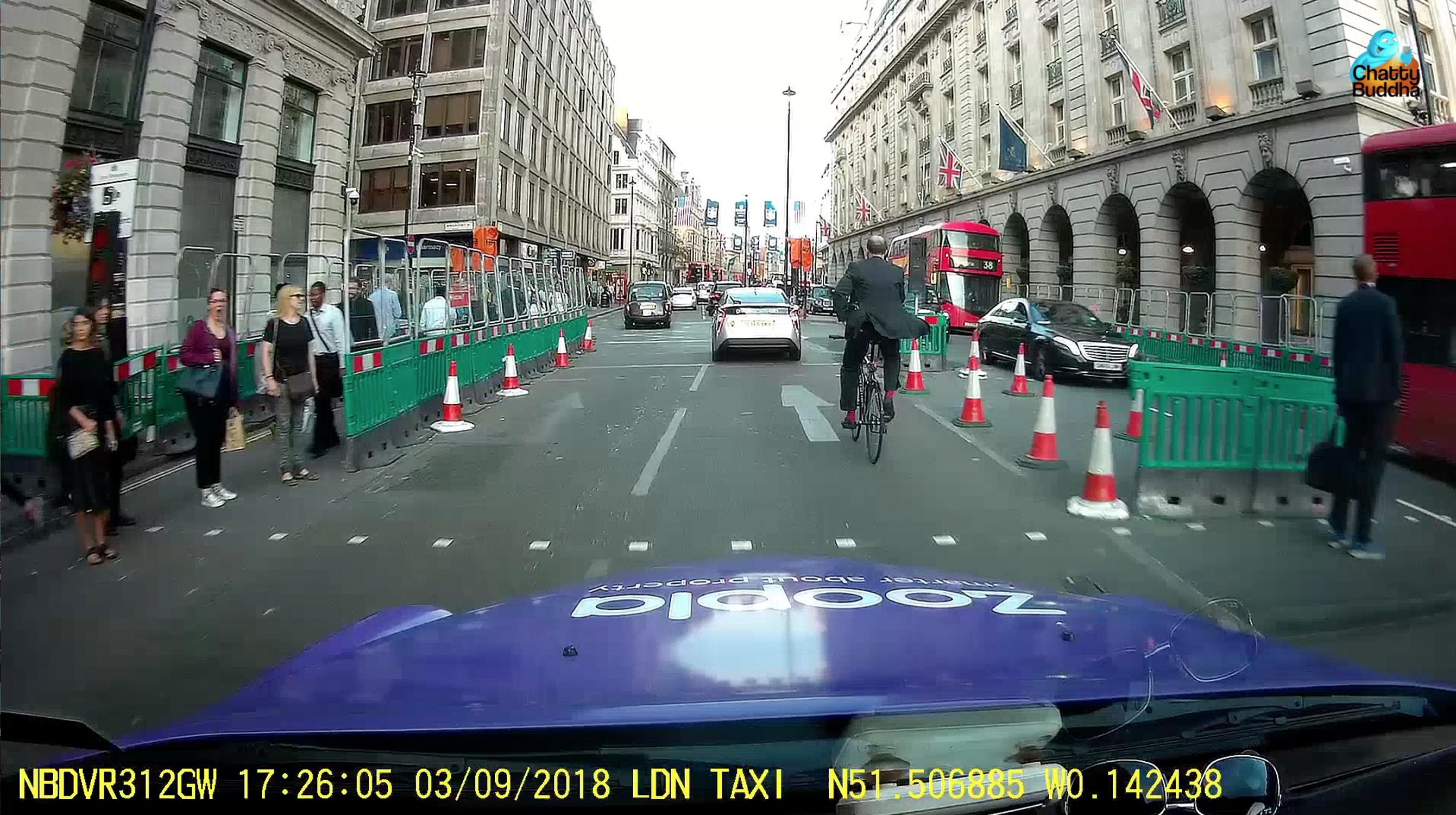 Spoke too soon: The law around the use of mobile phones and cycling

But there are laws that could apply to cyclists who can't wait until they reach their destination to make a call.

A cyclist talking on the phone coule be prosecuted for careless or inconsiderate cycling.

Each offence carries a maximum fine of £1000.

And while many new bikes are semi-electric – some are technically classed as motor vehicles.

It is therefore illegal to use a handheld mobile phone while riding these.

Antony Wolfson is a member of the City of London police cycle patrol team.

He told The Guardian: "There is no specific offence for talking on a mobile phone while cycling.

"However, you could be prosecuted for careless or inconsiderate cycling contrary to section 29 of the Road Traffic Act 1988."

The offences are essentially the same — and depend on whether you're riding competently and with a reasonable level of care.

Taxi driver Mr Portch, 55, added: "Cyclists need to be more careful and realise they can get themselves killed.

“It feels that almost every week I hear about a cyclist that’s been killed on the roads.

“And as drivers, we don’t want to end up with them under our wheels either. They need to take more control of their bikes or it could end badly.”